After a fantastic Bank Holiday, it’s safe to say we’re all feeling a little more ready to take on the week ahead thanks to a healthy dose of sun and plenty of chocolate.

But if you’re dreading heading back to work, or may have even spent the Easter break working, there’s plenty happening across the city help your week fly by.

From huge movie releases to live music and cocktail making, here’s our latest round-up of what to see, do and discover in Birmingham this week.

Kick-start your week with a trip to the theatre.

This week Birmingham REP is hosting the chilling production of Jekyll & Hyde, which is sure to send a shiver to two up your spine. This timely new take on the classic tale follows the story of Harriet Jekyll, who launches an investigation into her husband’s mysterious death that launches her into a dark and mysterious world that no Victorian Woman has ever entered before.

A world that Harriet is desperate to change, she must embrace the creature that she’s transforming into in order to do so, leading her on a blood-thirsty mission where her actions slowly begin to bleed into the present day.

Performed by The Young Rep, tickets for Jekyll & Hyde are on sale now. Buy yours here.

Never ones to disappoint when it comes to pushing the culinary boundaries, Nocturnal Animals is this week hosting a one-off event that caters especially to vegan cuisine with a menu that’s inspired by modern techniques, seasonal preservation and nutrition.

This very special dining experience will feature a six-course tasting menu with snacks that showcases a modern approach to vegan food. Held in Nocturnal’s stylish basement restaurant, The Future is Vegan costs £60 per persona and will last approximately two hours.

To reserve your table at The Future is Vegan this Tuesday, just click here.

After what feels like years rather than months, the time has come for one of the biggest movies of the year to finally grace the big screen for one last time.

Following on from Avengers: Infinity War which saw the mighty Thanos get his hands on all six infinity stones and wipe

out half of the universe, including some of our favourite Avengers, the final instalment of the Marvel Avengers series is hitting cinemas this Thursday, and we cannot wait.

And if you want to get up-to-date ahead of the official release at 00.01am, join Odeon Luxe for a screening of Infinity War at 8.50pm on Wednesday, before jumping into Endgame on its release just after 12am on Thursday.

Plus, you can sit back and relax with your very own luxury recliner with plenty of space to store all your snacks and coffee to keep you going during this whopping 181-minute movie.

Book your tickets for the Avengers Double Bill at Odeon Luxe, here.

Rum Tasting | Be at One Picadilly Arcade | Thursday 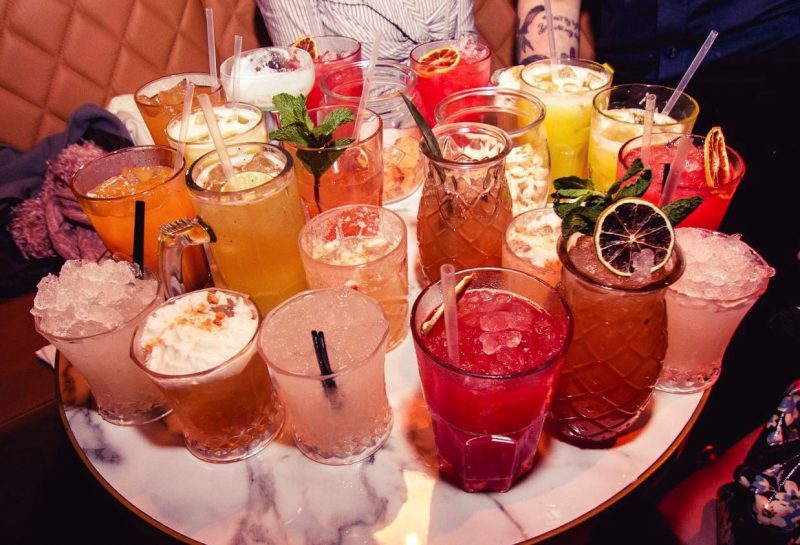 Always shaking up a storm in the city centre across two venues, Be at One Birmingham is here to perk up your Thursday and see you into the weekend with a cocktail or two.

If you’re a rum drinker, then this Thursday Be at One Picadilly is hosting a tasting session that you won’t want to miss as this is your chance to get to know more about Pusser’s Rum. Upon arrival, you’ll be greeted with a cocktail and will get to try a number of Pusser’s Rum before heading behind the bar and shake up your very own Painkiller cocktail.

Tickets for the Pusser’s Rum Tasting Session cost £5. So grab your friends/work pals and book your tickets now!

We’re big fans of The Sunflower Lounge here in the Style HQ, mostly because it’s a fantastic place in the city to catch some of the country’s most talented emerging artists before anyone else.

As well as a sold-out gig from the dreamy Maisie Peters on Sunday, this week the city centre venue us welcoming solo artist Joel Barker. Hailed by critics including Apple Music, Notion and Wonderland and championed by Taylor Swift and a number of BBC Radio 1 DJ’s, the best way to describe Joel’s music is a blend of Ben Howard with a hint of Jamie T.

His tracks, including the stunning What’s A Song, have clocked up millions of streams on Spotify, making Joel one of the artists to keep on your radar this year. Tickets for his gig at The Sunflower Lounge are just £8. Click here to book yours.

Not seen Fleabag yet? Here are some reasons why you really should.

Noteworthy podcasts to improve your mental health and well-being