Blue Man Group is heading to Birmingham this December as part of its World Tour.

The award-winning production has announced its first shows in the UK since 2009, with Birmingham being chosen as the host city. Best known for its blue and bald performers, Blue Man Group, which has been brought to the city by Birmingham Town Hall and Birmingham Symphony Hall,  will run at the ICC from December 28 – January 6.

Founded by Chris Wink, Matt Goldman and Phil Stanton in New York City in 1991, the Blue Man Group has grown to become one of the biggest of its kind in America, with permanent shows in New York, Las Vegas, Boston, Chicago, Orlando and Berlin.

Seeing the Blue Man Group live is a show not to be missed in the city. A joyful, unforgettable, multi-sensory experience, Blue Man Group has captivated audiences of over 35 million worldwide.

When we first began creating performances centred on this innocent, curious character called Blue Man, we never dreamt where he would lead us. We are so honoured to be able to share our show with the people of Birmingham and beyond. 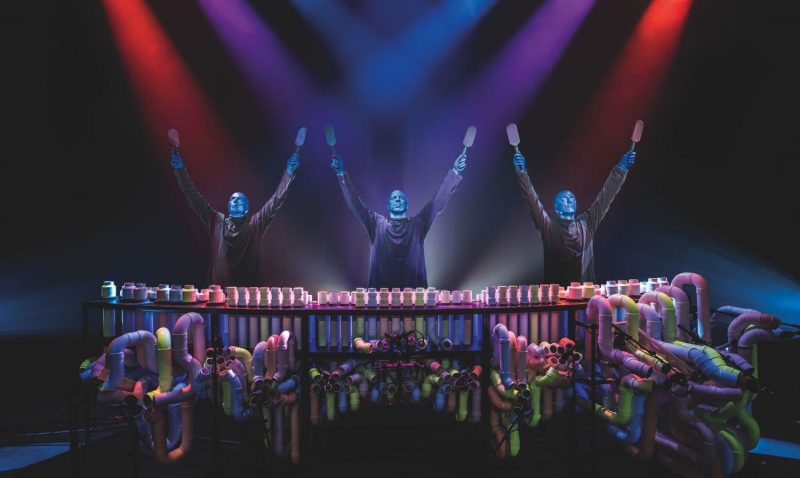 Tickets for Blue Man Group go on priority sale to Town Hall and Symphony Hall members at 10am today, with general release tickets available this Friday from 10am by clicking here!

Men and boys need to start talking about mental health