From award-winning musicals to festivals and exhibitions – take a look at the top events taking place across the city in 2018! 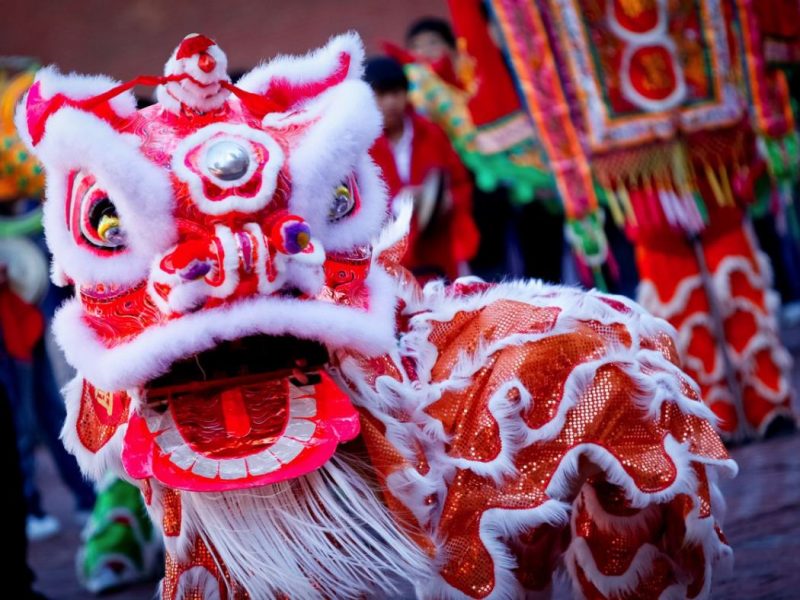 After opening in the city last year, Coming Out is the critically acclaimed exhibition that’s got the whole city talking. Featuring more than 80 works from artists including Andy Warhol, David Hockney and Grayson Perry, Coming Out celebrates sexuality, gender and identity, running at Birmingham Museum & Art Gallery until April 15. Find out more here!

Join series winner, Joe McFadden, fellow celebrity dancers Alexandra Burke, Debbie McGee, Gemma Atkinson and more as the Strictly Tour kicks off this month at Arena Birmingham. Expect plenty of glitter and some of the best dances of the year from last year’s celebrities and professionals. Get tickets here!

Following the success of the outstanding The Red Shoes and Sleeping Beauty, Sir Matthew Bourne’s New Adventures is returning to the Hippodrome this month with Cinderella. Featuring spectacular sets, costumes and a specially commissioned recording played by a 60 piece orchestra, this adaptation of the classic fairytale is an absolute must-see. Get tickets here!

It seems The Script can’t stay away from the city for too long. After their sold-out gig at O2 Academy last year, Danny, Glen and Mark are returning to Genting Area, playing songs from their number 1 album, Freedom Child. Read our interview with The Script here!

Based on the Oscar Award-winning DreamWorks Animation film, join Shrek, Princess Fiona and Donkey as the fun-filled Shrek the Musical comes to New Alexandra Theatre this February. Get your tickets here!

The annual festival is returning to Southside this February, bringing live performances, Asian street food, market stalls, fairground rides and more to the heart of Chinatown. Find out more here!

Birmingham’s annual St Patrick’s Day celebrations are returning this year. Whether you want to take part in the Emerald Mile or watch the parade, take a look at everything that’s happening here!

This year Birmingham’s getting a new festival, and it’s an absolute corker! Say hello to Birmingham Wine Weekend; sister to the ever-so-popular Birmingham Cocktail Weekend, this festival is your chance to explore some of the finest wines on offer across the city and with some glasses capped at just £4 how could you miss it? Get your wristband here!

Following a successful run both in the West End and a tour across the UK in 2017, The Play that Goes Wrong is returning to the city this month, this time taking to the stage at Birmingham Hippodrome. From the creators of Peter Pan Goes Wrong expect plenty of laughs from this Olivier Award-winning production. Click here to get your tickets. 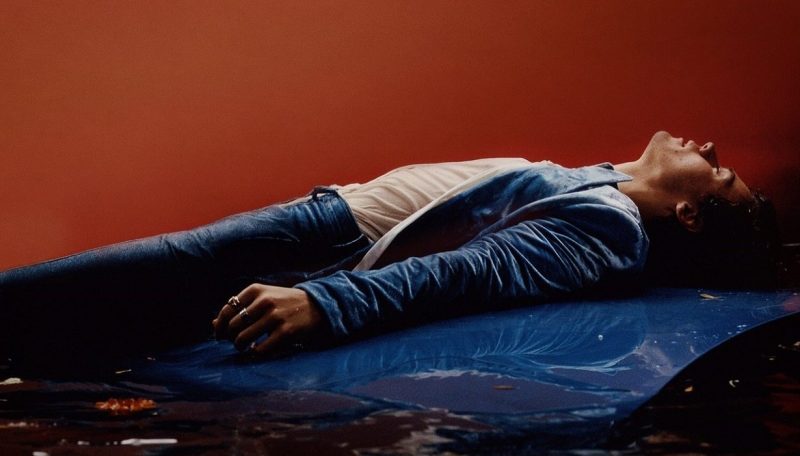 If you’re looking for a dose of culture in the city, Flatpack Film Festival is returning for its 12th year, showcasing some of the very best short films, exhibitions and talks that you won’t want to miss. Keep up to date with this year’s programme here!

Something wicked this way comes – that’s right, the hit musical is returning to Birmingham Hippodrome this April. One of the most successful productions of all time, Wicked tells the incredible untold story of the Witches’ of Oz, following the unlikely friendship between two sorcery students Glinda the Good and Elphaba (The Wicked Witch of the West). Find out more here!

Since the release of his debut album In the Lonely Hour back in 2014, Sam Smith has gained a reputation as one of the UK’s most popular male solo artists as well as winning an Oscar for his James Bond track, Writing’s on the Wall. Following his return with the stunning Too Good at Goodbyes last year, Sam’s embarking on a huge tour that includes two dates at Genting Arena this April. Find out more here!

2017 was a huge year for One Direction star Harry Styles. Alongside releasing his stunning debut album, Sign of the Times he also starred in Christopher Nolan’s Dunkirk and stepped in for James Cordon to host The Late Late Show. This April, the Cheshire-born heart-throb returns to Birmingham as part of his 2018 solo tour. Find out more here!

Joe Lycett: I’m About to Lose Control and I Think Joe Lycett | New Alexandra Theatre | 11 May

Birmingham’s very own Joe Lycett is hitting the road this year with his brand new show I’m About to Lose Control and I Think Joe Lycett. With a date at the New Alex Theatre in May and Symphony Hall in November, join Joe for an evening of hilarious tales that are sure to give you some serious belly laughs! Read our interview with Joe here!

One for all the family to look forward to this year, The Natural History Museum’s iconic Dippy Diplodocus is touring the country and taking up residence at Birmingham Museum & Art Gallery this May. The exhibition is free to enter, but visitors are advised to book as it’s expected to attract a wide audience. Find out more here!

Always a popular event in the city’s calendar, Birmingham Pride is once again making a return to the Gay Village where thousands flock to the city to take part in the festival which celebrates the LGBTQ+ community. Last year saw live performances from stars including Dua Lipa, Basement Jaxx and Gabrielle. Grab your tickets here!

Birmingham is becoming a huge cultural hot spot in the country, hosting numerous events that celebrate everything that our wonderful city has to offer. Summer in Southside has enjoyed success in the city over the last two years with its themed free events including live music performances and workshops. The dates and schedule for this year’s festivities are yet to be confirmed, so keep your eyes open for updates.

Alongside hosting some of the biggest cricket competitions in the country at Edgbaston Stadium, Birmingham is also home to The Aegon Classic, where some of the world’s biggest female tennis players battle it out at Edgbaston Priory Club for the prestigious trophy. Here’s all you need to know about this year’s competition.

Join some of your favourite TV chefs and bakers for five days of delicious food, stores and like cooking demos at the BBC Good Food Show Summer. An event perfect for foodies, aspiring chefs or bakers, ticket holders can shop to they drop at a huge array of local and national retailers, get their cookbooks signed by their favourite chefs and indulge in food and drink tasters. Find out everything you need to know here!

An event that foodies are sure to love, the popular Colmore Food Festival is back for 2018, with some of Colmore BIDs most popular bars and restaurants offering up everything from indulgent meals to mouthwatering snacks for two days this July. Take a look at who’s taking part here.

Based on the classic novel by Roald Dahl, Matilda the Musical has gained a huge reputation in the West End during its six-year residency. With music and lyrics from Tim Minchin, this magical production follows the tale of Matilda, a girl with a brilliant mind whose talent is often overshadowed by her parents and demon headmistress. This award-winning production is at the Hippodrome for nine weeks and is an absolute must-see for any theatre lover this year. Find out more here!

Get ready to mix up your weekend at the city’s annual Birmingham Cocktail Weekend. Feature more than 20 venues across the city, wristband holders have the chance to get involved in everything from cocktail masterclasses to tasting each venue’s very own signature cocktail capped at a special price, exclusive to Cocktail Weekend. It’s one of our favourite events of the year, just make sure you keep your diary free the day after…you’ll need to get yourself back on form! Click here for more. 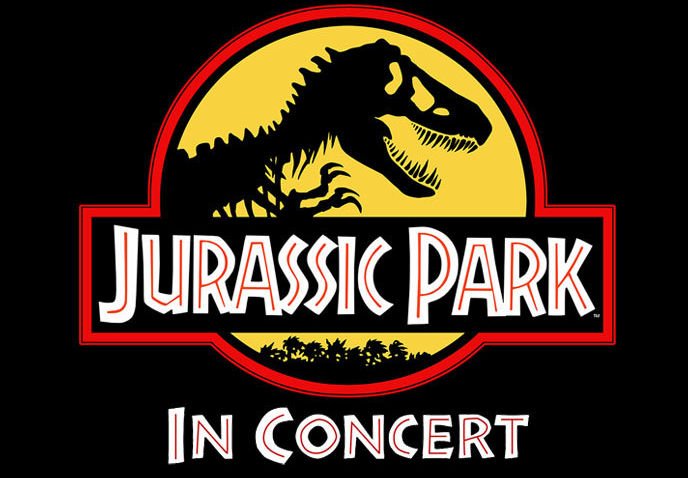 Step back in time to the Jurassic period as the first instalment of the classic Jurassic Park series returns to the big screen at Symphony Hall. Accompanied by a live orchestra performing John Williams’ unforgettable score, relive Steven Speilberg’s masterpiece like never before this September. Discover more here!

Culture in the city doesn’t get better than this. Birmingham Weekender is the city’s biggest arts festival, with incredible performances taking over venues across the city – from car parks to underpasses – to being everything from live music to theatre right into the heart of the city. Last year’s festival saw thousands flock to the city and is now one of the most popular events in Birmingham’s annual events calendar. 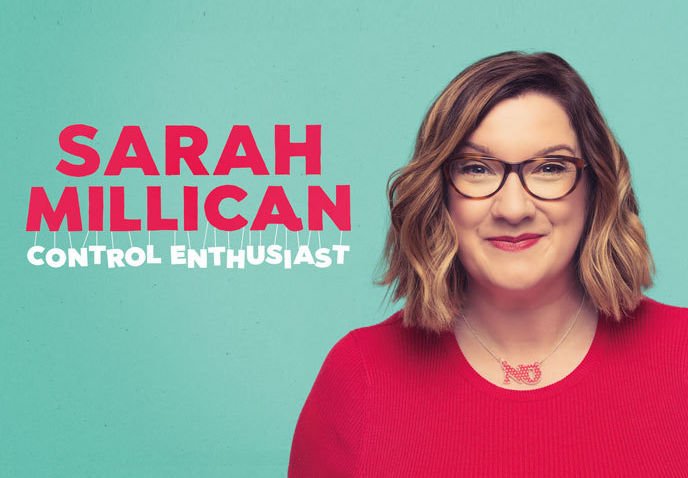 After eight record-breaking years in the West End, War Horse is heading on tour and taking up a three-week residency at the Hippodrome. Following the story of Albert, who embarks on a mission to retrieve his beloved steed, Joey after they’re torn apart by the outbreak of World War One, War Horse is a beautiful production that’ll take you from the countryside into the trenches of France. Book your tickets to this unmissable show here.

If you’re in need of an evening of uncontrollable laughter, Sarah Millican is heading back to Birmingham for one night only as part of her latest tour, Control Enthusiast. Expect tales of what really happens when you go for a bra fitting, the benefits of casserole and tips on how to correctly talk to a shop assistant. Grab your tickets here!

Always a staple event in the city’s annual calendar, Birmingham Comedy Festival is jam-packed with live gigs and performances from some of the UK’s biggest and up and coming comedians. Last year’s festivals included shows from US stars Impractical Jokers, Phil Jupitus and Greg Davies. Keep up to date here.

One of the many festive traditions in the city, the prestigious Birmingham Royal Ballet will once again be bringing Sir Peter Wright’s production of The Nutcracker to the stage. With stunning costumes and set designs, you’ll be taken on a magical journey that’s sure to get you into the festive spirit.

Love them or hate them, Birmingham’s Frankfurt Markets are an incredibly popular event, especially after being ranked as the second-best Christmas markets in the UK for 2017. Taking over Victoria Square and stretching all the way up New Street, this is the place to pick up some gifts before indulging in a beer and Bratwurst.

See the city come to life as Christmas is officially launched in Birmingham with the annual switch-on. And if you want to venture a little further outside the city centre, there are plenty of other switch-on celebrations that take place, from Jewellery Quarter to Edgbaston.

It may have been forced to relocate to a new home in the city last year, but Ice Skate Birmingham is still very much a part of Christmas in the city. Grab your skates and head out onto the rink before jumping on the fairground rides, finishing off the evening with a delicious treat or warming drink from one of the food stores. Find out more about Ice Skate Birmingham here!

Following the incredible success of 2017’s Cinderella, Birmingham Hippodrome is once again teaming up with Qdos Entertainment to bring the biggest pantomime to the city. This year, Peter Pan will be flying onto the stage to entertain families at the most wonderful time of the year, and it’ll also see the return of the fantastic Matt Slack as Smee. Find out more here!

Beat the January blues & dine in style at Harvey Nichols this winter!

Noteworthy podcasts to improve your mental health and well-being