Here’s why a visit to the city of Carnevale and Casanova should be on everybody’s travel bucket list.

Venice, much like Paris, is known as something of a city for lovers, and with good reason — but it’s also a joy to explore if you’re visiting alone, as I was. Being a solo tourist can sometimes feel overwhelming, but there’s something about Venice that immediately put me at my ease. There’s no unwanted noise from cars (the streets are too narrow and labyrinthine), so all you hear is the sound of feet on cobblestones, and the occasional street performer playing the violin. 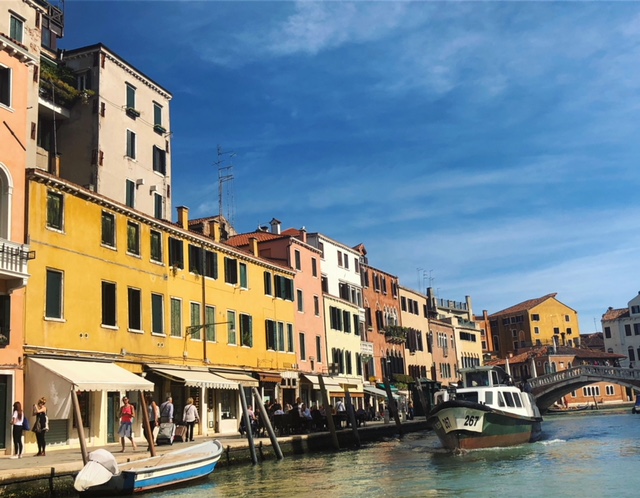 This is a city that doesn’t need to be all in-your-face about how great it is, because it’s obvious from the moment you sail in from the airport via ferry. It looks like something straight out of a fairy tale; a pastel-hued city rising straight up out of the ocean. I had such a good time wandering around the winding streets and bridges that, even though I had access to free data roaming, I spent barely any time on my phone (a real feat for anyone who knows me). 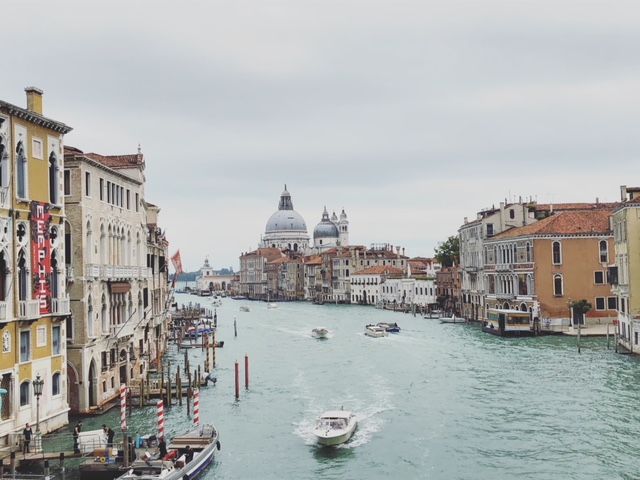 It’s entirely possible to spend a whole weekend doing nothing but strolling around the city, stopping for espresso and biscotti, and taking endless photos of every picturesque piazza. In fact, I purposely avoided doing some of the more popular tourist excursions (such as a trip to Murano, the island of glassmaking) because I wanted an excuse to come back someday. Here are some great ways to pass the time in the city proper.

There’s Libreria Acqua Alta, dubbed “the most beautiful bookshop in the world,” where books are artfully piled up in boats, bathtubs and wheelbarrows. You can easily lose an hour or two browsing, buying postcards, petting the resident cat… and taking selfies in the gondola that just so happens to be moored up outside. 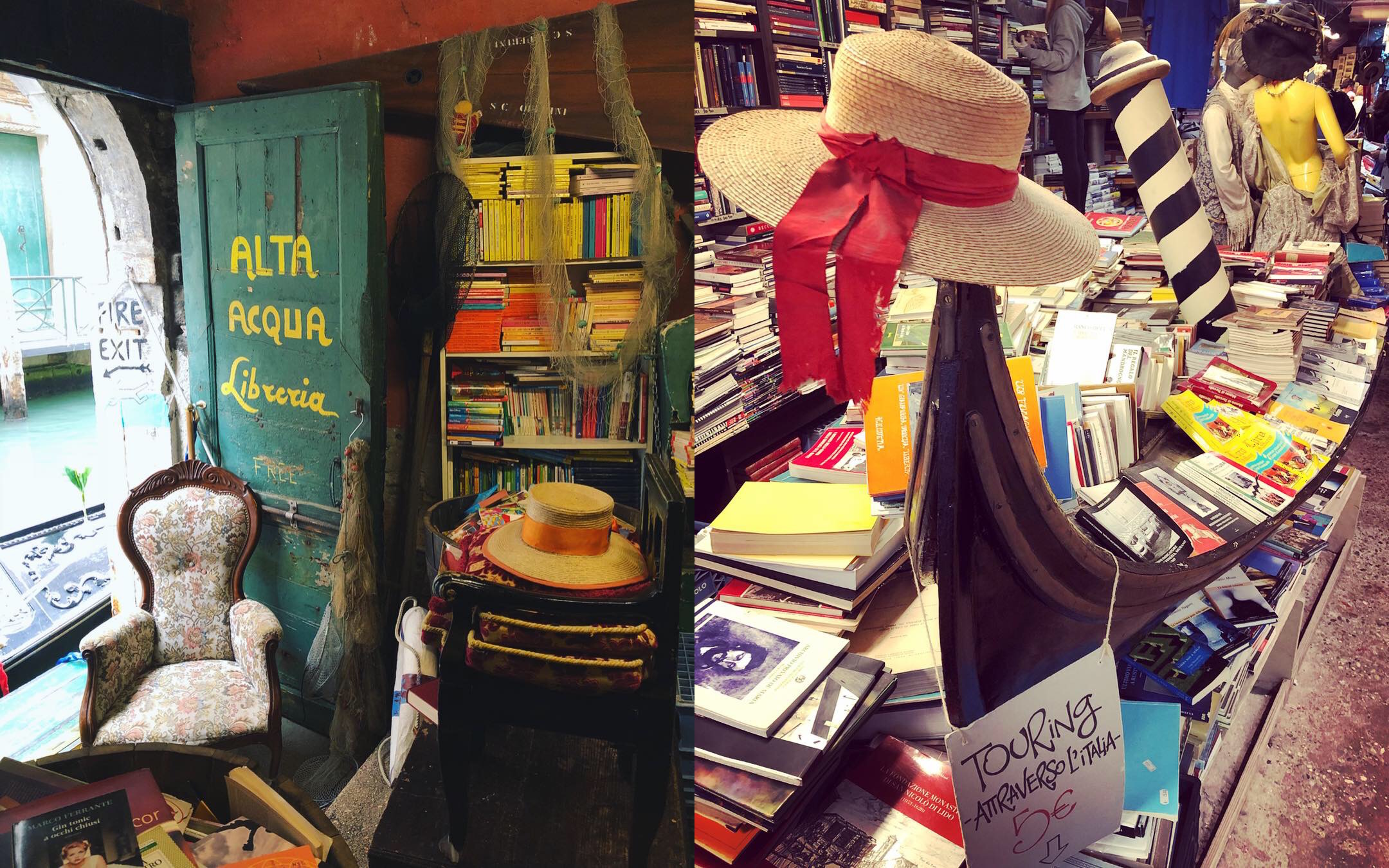 If you’re looking to learn something in between bites of cicchetti (Venezian tapas), then visit the Church of San Barnaba. Featured in the film Indiana Jones & The Lost Crusade, this stunning chiesa is now home to a permanent exhibition of models recreated from the sketches of Renaissance genius Leonardo Da Vinci.

There are some other typically touristy To Do’s which are a little expensive but totally worth it, like sitting on one of the beautiful terraces in Saint Mark’s Square with an espresso and watching the world go by, while a string quartet plays the classics. (It is the only time in my life I have paid €15 for a coffee, but the little amaretti biscuits that came with it softened the blow — and you can’t beat the view of the Basilica.) And just around the corner from the square is the iconic Harry’s Bar, where it is said that Ernest Hemingway used to hang out — popping into Harry’s for a Bellini or a Whiskey Sour (€22) is a must on pretty much every guide to Venice. 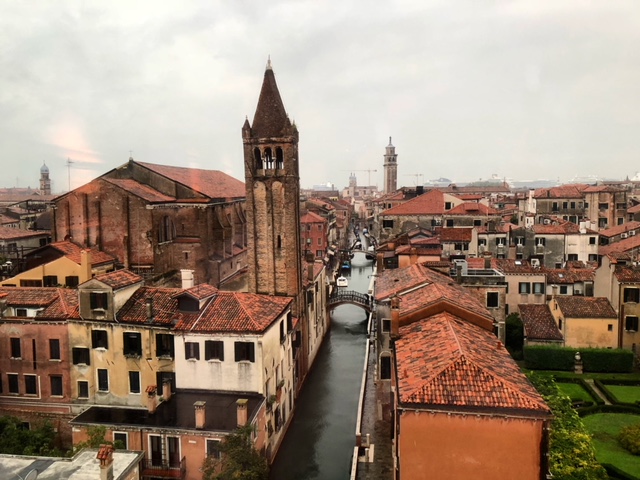 Perhaps unsurprisingly, Venice has a reputation for being pricey, but it is possible to get the most out of the city on a budget. Direct return flights from Birmingham start at £113 with Jet2, and if you stay in the student district (which is only a 10-minute walk from the bus station and a 20-minute stroll from Saint Mark’s Square), a hotel will set you back around €100 per night.

Another benefit to staying near the universities is the wide range of lively cafes, bars and restaurants where you can get an Aperol Spritz for €4, a strong Martini for €7, and a rather fabulous pizza for €10. Similarly, if you skip the gondola rides in favour of the vaporetto (water taxi), you can travel the canals in style without bankrupting yourself. Which leaves you with more euros to treat yourself to extra gelato and mini cannoli!

Check out the winners of Midlands Fashion Awards!

Everything you can do in Birmingham this weekend