Fun, colourful and energetic, Hairspray is everything you could want from a theatre production – and then some.

It’s 1962 in Baltimore and a young, plump teen, Tracy Turnblad (Rebecca Mendoza) has dreams of dancing on The Corny Collins show alongside her crush Link Larkin (Edward Chitticks). Despite catty remarks from Amber Von Tussle (Aimee Moore) and her mother, Velma (Gina Murray), Tracey wins her place on the show and becomes famous overnight.

Ever since the release of the bubblegum movie in 2007, Hairspray has gone on to become one of the most successful shows on Broadway, picking up eight Tony Awards, including one for Best Musical and Best Original Score. It’s the clever lyrics, slapstick humour – that appeals to audiences both young and old – and toe-tapping delightful songs featuring the iconic You Can’t Stop The Beat, that has grabbed the attention of audiences in their thousands and shaped it into an ultimate feel-good musical.

And while the backdrop to this eccentric musical embraces every playful, teenage emotion, it’s beneath the play’s candyfloss lining that Hairspray really awakens the audience, for this feel-good show tackles some serious issues, from high school bullying to Tracey risking her dream to fight for equality. That being said, there wasn’t a moment within this two hour show that a smile of some sort wasn’t spread across my face.

The cast is simply exceptional. Rebecca Mendoza is the perfect Tracey Turnblad, while Edward Chitticks wins over the hearts of the audience with his sleek and seamless moves as the beautifully charming Link Larkin, a role that was originally portrayed by Zac Efron. Matt Roxton (Edna Turnblad) and Norman Pace (Wilbur Turnblad) bring the panto humour to the show, and their outstanding and hilarious performance of You’re Timeless To Me earned one of the biggest cheers of the evening. 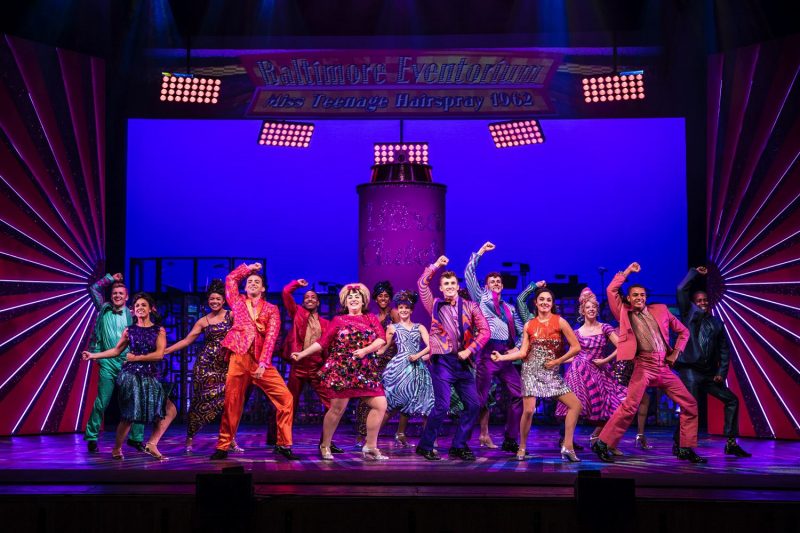 But it was supporting roles of Seaweed (Layton Williams) and Motormouth Maybelle (Brenda Edwards) that absolutely stole the show. From Edwards’ simply outstanding vocals in Big, Blonde and Beautiful to Williams’ spectacular energy and charisma, these actors stole the show with their magnificent performances.

Married with an uplifting score, explosions of colour and extravagant set designs, Hairspray the Musical is the gift that just keeps on giving. The ultimate feel-good show that will transform any bad day at the office into an evening of ultimate campness and glitter that leaves you dancing your way out of the auditorium.

Hairspray the Musical runs at Birmingham Hippodrome until Saturday October 14.

Zara Larsson talks life on the road and discovering her sound