Adapted from a bestselling YA novel, this film is a funny and sweet twist on the classic high school film genre.

Simon Spier (Nick Robinson) is a totally normal kid. He tells us so himself, in the Love, Simon opening narration. He has friends and a loving family, and is mere months away from graduating. He also has a secret; nobody knows he’s gay. When an anonymous blog post reveals that there’s another closeted guy at the same school, Simon begins an online correspondence with him, using a fake name.

If that sounds like a familiar premise, you’re not entirely wrong. Based on Simon vs The Homo Sapiens Agenda by Becky Albertalli, Love, Simon is like the social-media-savvy successor to You’ve Got Mail, but with an earnestness which makes it clear it is paying homage to romantic comedies and high school movies, not ripping them off.

It ticks off all of the standard teen flick tropes with aplomb, with significant character moments taking place at a beer-soaked house party, homecoming football game, and school play respectively. And without delving too far into spoiler territory, it’s safe to say fans of rom-coms will love the film’s final act, which delivers a number of poignant payoffs that never feel forced or saccharine. 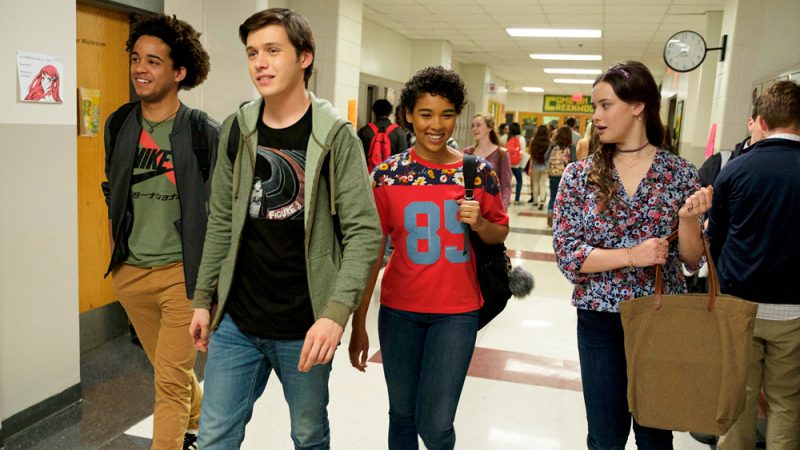 Nick Robinson has an everyman quality which lends itself well to the leading role, and the rest of the young cast have great chemistry; Alexandra Shipp is instantly likeable as new girl Abby, while Logan Miller brings a surprising vulnerability to the skeevy and pathetic Martin, who attempts to blackmail Simon.

And as has become something of a tradition thanks to the likes of Skins and Riverdale, there are some familiar faces in the grown-up roles; Arrested Development’s Tony Hale is a cringe-worthily uncool vice-principal, while Jennifer Garner and Josh Duhamel play Simon’s improbably attractive and youthful-looking parents. More than the ostensible love story, it’s these two who help imbue the story with its emotional weight; the scenes centering on Simon’s mom and dad after he comes out are the beating heart of the movie. 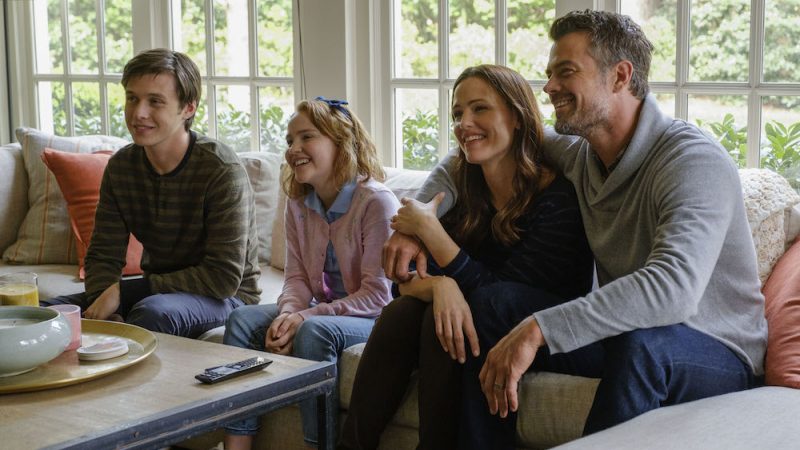 Ultimately, what makes Love, Simon so special is how understatedly familiar it all is; it’s a twist on the tried-and-tested teen love story that has proven popular ever since John Hughes perfected the formula in the Eighties, and which YA author John Green has been experimenting with in The Fault In Our Stars and Paper Towns. But it also subverts one of the more common, clichéd storylines in gay cinema, by showing a positive coming out experience.

Watching a teenager come out and immediately be accepted might not feel very rich in narrative tension, but it’s an important story to tell — especially for this movie’s target audience. If I were 16, this would be my favourite film of the year. And I think the teenage girls who couldn’t stop exclaiming “awww!” in my screening would probably agree.

Love, Simon is in cinemas nationwide on April 6.

Wearable catwalk trends and where to buy them