From superheroes to stand-up, here’s everything you should be binging on Netflix in June and July.

This genre-bending science fiction series, following eight people from different backgrounds who share a psychic connection, never quite got the love it deserved, hence its cancellation after two seasons. Fortunately, Netflix commissioned this movie-length finale, in order to give the Wachowskis chance to say goodbye properly. While fans of Sense8 would undoubtedly have watched a further five seasons, this episode (entitled “Amor Vincit Omnia,” or “love conquers all”) is a deeply satisfying swansong — and it’s available to watch right now!

Alex is an overachieving student with a perfect girlfriend; so why does he keep thinking about this boy he just met? If you love high school movies and were a fan of Love, Simon then this is definitely one for you. Alex Strangelove is now streaming on Netflix.

Zoey Deutch and Glen Powell star in this Netflix Original Film as two overworked assistants with nightmare bosses (played with sociopathic glee by Lucy Liu and Taye Diggs). They decide that if they are ever going to have lives of their own, they need to make their bosses happy first, and decide to play matchmaker… with chaotic results. From the looks of the trailer, this movie shares DNA with every romantic comedy from How To Lose A Guy In 10 Days to The Devil Wears Prada ­— in other words, we can’t wait to watch this with a glass of wine.

We were dubious when we heard that Queer Eye For The Straight Guy was getting a reboot… but all those doubts were melted, along with our hearts, by the sheer warmth of the first season. Now the Fab Five are back for more makeovers and mushy moments — join Jonathan, Karamo, Tan, Antoni and Bobby as they hit the road this Friday.

This stand-up special by Australian comic Hannah Gadsby, recorded at the Sydney Opera House earlier this year, might well be the last chance we get to hear her tell jokes. Gadsby uses the show to explain that, while she has used self-depracating humour her entire life, she now plans to leave comedy in order to tell her story in a different way. “I built a career out of self-deprecating humour, and I simply will not do that anymore,” she says. “Not to myself, or anybody who identifies with me.” Both brutally funny and surprisingly moving, Nanette will start streaming next week.

Netflix’s Marvel shows have been among some of its strongest original content, and while Season 1 didn’t tell quite a compelling story as, say, the first season of Jessica Jones, it still delivered a superhero origin with style and swagger, paying homage to the character’s Blaxploitation roots and mining delicious villainy from gangster Cottonmouth (Mahershala Ali) and his cousin Mariah (Alfre Woodard). We can expect even more Mariah in Season 2, as well as the long-anticipated team-up of Colleen Wing (Jessica Henwick) and Misty Knight (Simone Missick) as comic book duo the Daughters of the Dragon.

We were huge fans of this half hour wrestling comedy drama’s first season, which boasted an impressive central performance from Alison Brie and an excellent supporting cast, including Marc Maron, Betty Gilpin and singer-turned-actress Kate Nash. Season two promises to bring the bonkers yet again, continuing the soapy saga of Ruth and Debbie’s troubled friendship while also offering greater insight into the lives of the other wrestlers on the team amid the threat of cancellation.

Based on the bestselling novel by Vikram Chandra, Sacred Games is the first ever Netflix Original Series to hail from India. Set in Mumbai and filmed entirely in Hindi (with English subtitles available), Sacred Games follows the intertwined paths of police officer Sartaj Singh and crime boss Ganesh Gaitonde. Don’t let the subtitles put you off — this promises to be Netflix’s most ambitious, explosive international production since Narcos.

It feels like a lifetime since we first checked into Litchfield. Orange Is The New Black quickly became proof that Netflix could make a success of its original programming, and has launched the careers of Laverne Cox, Samira Wiley and Uzo Aduba. Following the fifth season’s cliffhanger ending, which saw the inmates separated and dispatched to different prisons, we can’t wait to see how season six reunites its cast. 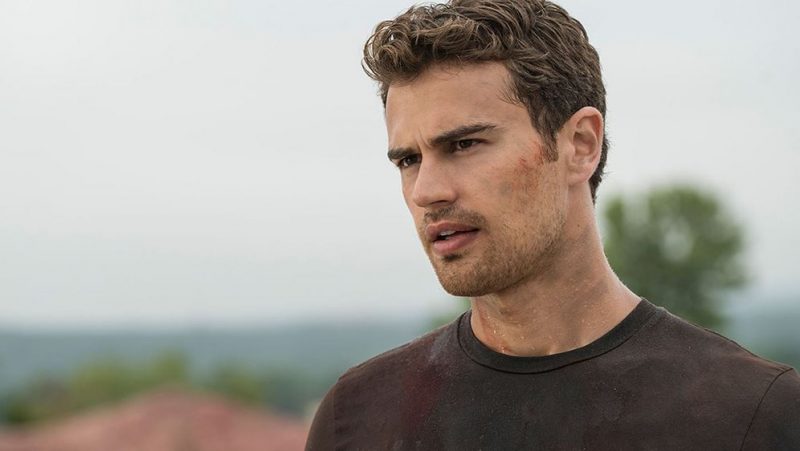 Perhaps best known as Shailene Woodley’s easy-on-the-eye love interest in the Divergent franchise, Theo James is the lead in this apocalyptic thriller, which focuses on a man’s journey across an increasingly dangerous landscape to be reunited with his pregnant wife (played by The Vampire Diaries’ Kat Graham). No trailer yet, but with Forest Whitaker attached in an undisclosed role, this looks like it will make a perfect night in with popcorn.

The best places to eat in Birmingham if you're vegan

Love Island is a mirror to 2018 society, and that's why we love to hate it