Music, books, movies and TV shows – take a look at everything the Style Birmingham team are loving right now!

Purple Rain | Prince and The Revolution

One of the greatest artists of all time, Prince lives on through his incredible music that inspired and continues to inspire future generations. As well as being one of his most iconic singles of all time, having spent a whopping 19 weeks in the Official UK Charts, Purple Rain is also one of Prince’s most successful albums, peaking at number six and remaining in the charts for 86 weeks! Listen to the album for yourself, here. 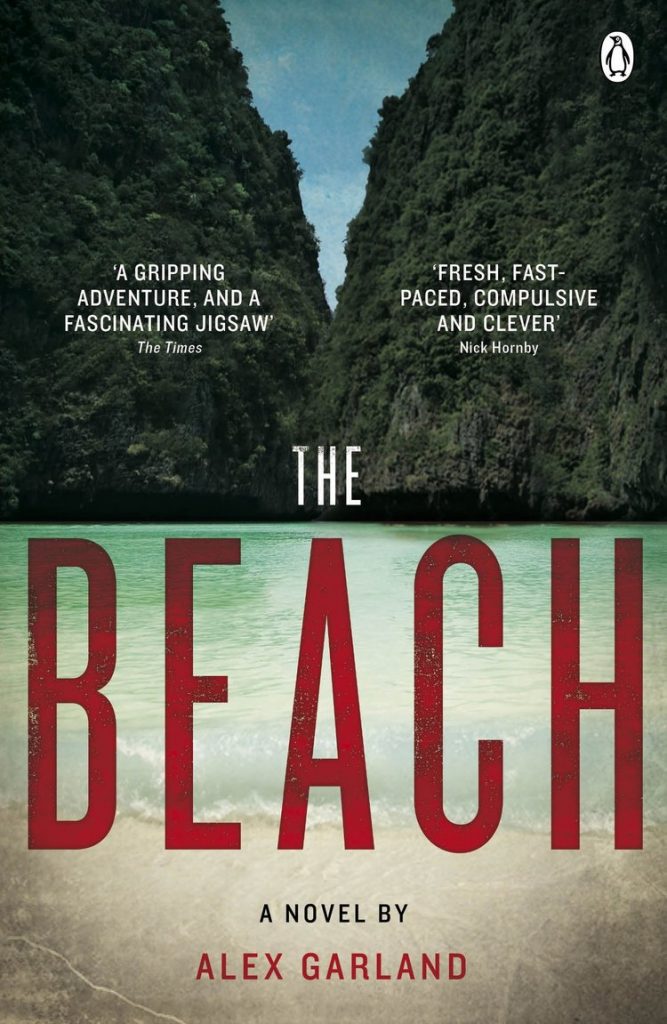 Before being made into a successful movie starring baby-faced Leonardo DiCaprio, The Beach was originally released as a novel back in 1996. It follows the adventures of Richard, who lands in East Asia in search of an earthly utopia.

After arriving in Thailand, he’s given a map that promises to lead him to an unknown island, a secluded beach and a new way of life. But when he gets there, Richard finds something more beautiful than he thought possible, but it comes at a cost when it turns out to be more extraordinary and terrifying than he could have possibly imagined.

Eye in the Sky

Starring Breaking Bad‘s Arron Paul, Dame Helen Mirren and the late, great Alan Rickman, Eye in the Sky is far from a movie to relax to after a hard day’s work; this hard-hitting drama sees lieutenant general (Alan Rickman) and a colonel (Helen Mirren) face a traumatising decision. After sending out a drone to destroy a group of suicide bombers, they discover a young girl is also on the site. The pair must make the call of wiping out the threat at the risk of losing an innocent life. Watch it on Netflix here!

Beep Me | Will Heard

Relax into the weekend with this chilled out single, Beep Me by Will Heard. Taken from his 2017 EP, Trust you may have heard Will’s music on Radio One and he’s certainly one to watch for 2018. Check out more of his music here. 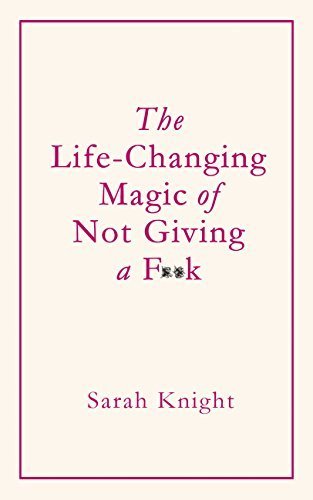 If you’re the type of person that’s finding yourself stressed at work, overworked or simply a little overwhelmed by everything that life’s throwing at you, then it may be time for you to learn the skills of not giving a f**k.

This book will become your new bible in life, giving you a guide on just how to rid yourself of any unwanted obligations – and give your f**ks to people and things that make you happy. Once you nail the simple ‘NotSorry Method’ for mental decluttering, you’ll be able to spend your time on the things that really matter.

And once you’re done, pass it on!

Call Me By Your Name

After picking up an Oscar and a BAFTA, Call Me By Your Name has been one of the most talked about movies of the year so far. Based on the 2007 novel by André Aciman, this romantic drama follows the life of 17-year-old Elio, who falls in love with Oliver, his father’s research assistant. Hailed by critics ever since its release in the US last October, it’s a movie that you need to add to your watch list.

Charlie Puth is rapidly becoming one of the biggest names in music. Following the release of his debut album, Nine Track Mind, featuring tracks We Don’t Talk Anymore (ft. Selena Gomez) and Grammy-nominated single See You Again with Wiz Khalifa, last year Charlie returned with his debut single Attention from his sophomore album, Voicenotes, followed by How Long and his catchy as hell latest single, Done For Me (ft Kehlani). Gone are the soppy pop songs and in have come the deep and meaningful tracks that people have heavily linked to Charlie’s rumoured relationship with Selena Gomez. Check out more of his music here. 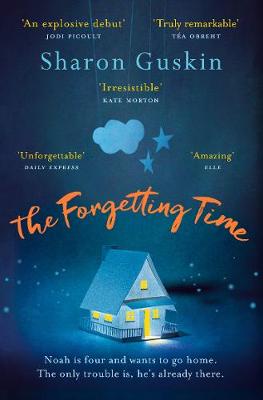 Noah is a boy who’s terrified of water,  knows things that he shouldn’t and remembers things he should have forgotten. Because as well as living the life of a four-year-old, he also remembers being a nine-year-old called Tommy who desperately wants to go home to his family.

Based on a true story, this gripping thriller covers life, death and everything in between. Noah’s Mum goes to incredible lengths to uncover the truth, even if it’s not what she wants to hear.

After heading along to an exclusive premiere of Ready Player One, we’ve been telling everyone that it’s the film that you need to see when it’s released on March 27. Partly filmed in Birmingham in 2016, Steven Speilberg’s film mixes retro music and movies with a Virtual Reality world called the OASIS that everyone wants to live in. Fast-paced with a great soundtrack, Ready Player One is an absolute must-see for all the family. Check out our review here!

At 18, French DJ and producer Petit Biscuit (Mehdi Benjelloun)’s latest album is an absolute must-listen if you need something to get you in the mood for summer. If you’re into Daft Punk, we recommend you check this guy out! Listen to Presence here.

One of the most powerful and gripping shows of 2017, The Handmaid’s Tale is the story of life in the dystopia of Gilead, a totalitarian society in that treats women as property of the state, forcing many into sexual servitude. An adaptation of the original book by Margaret Atwood, this Multi-Emmy-winning US drama series will leave you on the edge of your seat.

If you haven’t heard his name before, we can guarantee that you’ll have heard of his work. In this candid interview, Mexican director Guillermo del Toro (The Shape of Water, Hellboy) sits down with The Talks to discuss Pan’s Labyrinth, his experiences with paranormal activity and how he deals with heartbreak in the film industry. Read the full interview here.

Released back in April 2017, Apricot Princess is the second album from the Surrey-born 19-year-old. The talented singer/songwriter (who also plays an array of instruments) named the album after his girlfriend Thea, which reflects heavily in the romantic, soothing lyrics. Listen to the album in full here.

The Descent of Man | Grayson Perry 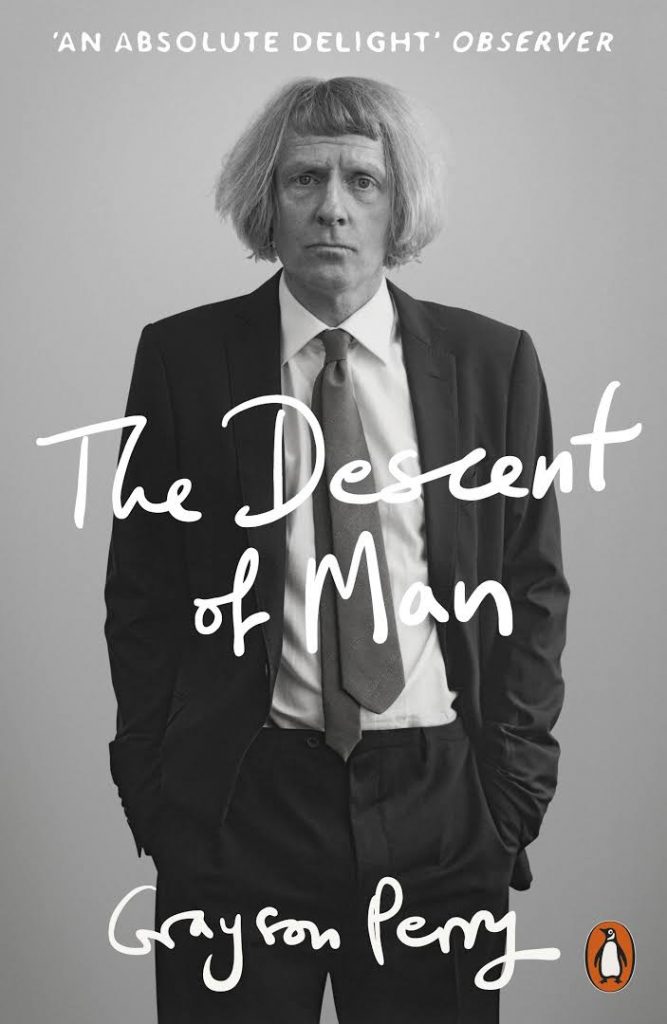 English artist Grayson Perry has long been thinking about masculinity – what it is, how it operates and why little boys are thought to be made of slugs and snails.

In this funny and intelligent book, Grayson explores just what sort of men would actually make the world a better place. For example, what would happen if we all dropped the stereotype of men being macho and embraced a new outlook on what masculinity actually is?

Throughout The Descent of Man, Grayson takes a look at everything from setting a new Manifesto for Men and upgrading their masculinity that can benefit just about everyone.

The World’s Most Extraordinary Homes

There’s something about exploring someone else’s house that never gets old, but what happens when their home happens to be one of the best in the world? The World’s Most Extraordinary Homes follows award-winning architect, Piers Taylor and actress/property enthusiast, Caroline Quentin as they travel the world to tour some of the most unconventional homes that you never knew existed. Intrigued? Watch Season 1 here! 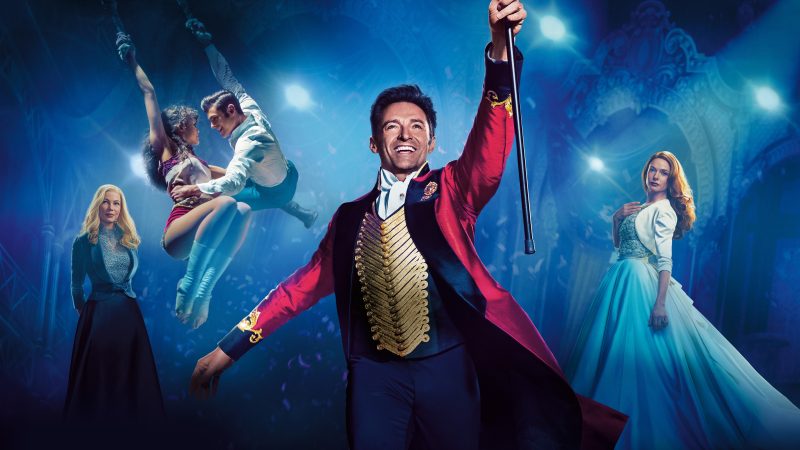 If you haven’t heard of The Greatest Showman, then where have you been? Not only is this blockbuster movie one of the most uplifting and emotional rollercoasters we’ve watched in a long time, it also has one of the greatest soundtracks. Featuring Rewrite The Stars, The Greatest Show and A Million Dreams, this is the perfect soundtrack to blast out on a road trip. Listen to the soundtrack in full here!

This dark comedy starring Drew Barrymore and Timothy Elephant is due to return to Netflix for its second season on March 23. In case you’re yet to watch the first season, let us give you the low-down. Married Sheila and Joel Hammond live a simple life as estate agents, but when Sheila dies, she comes back to life as a zombie with a real taste for human flesh. Click here to find out more!

Who are the most influential people on Twitter? We’ve found out!

Everything you need to know about hyaluronic acid