Relaxed and amiable in a plaid dark blue shirt, Sir Matthew Bourne looks at least a decade younger than the 60 years he has just celebrated. Chuckling, the renowned choreographer puts it down to hanging around with young, bright things he works with and having only one friend aged over 60.

It’s this youthful zest for life and dance that may be why this Tony and Olivier Award-winning choreographer has managed to keep producing sell-out acclaimed work time after time through his New Adventures Dance Company.

It’s one of Bourne’s more recent works – The Red Shoes – that he created in 2016 that he is talking about with me today, along with his process in selecting a story to translate to dance and his views on the Strictly Come Dancing all-male dance partnership.

It’s been three decades since Bourne emerged on the scene with fresh ideas for the ballet world – most notably, his all-male Swan Lake that made him a household name. He’s had continued success with his own productions, like The Car Man and Edward Scissorhands, but also choreography for big West End shows including Mary Poppins. 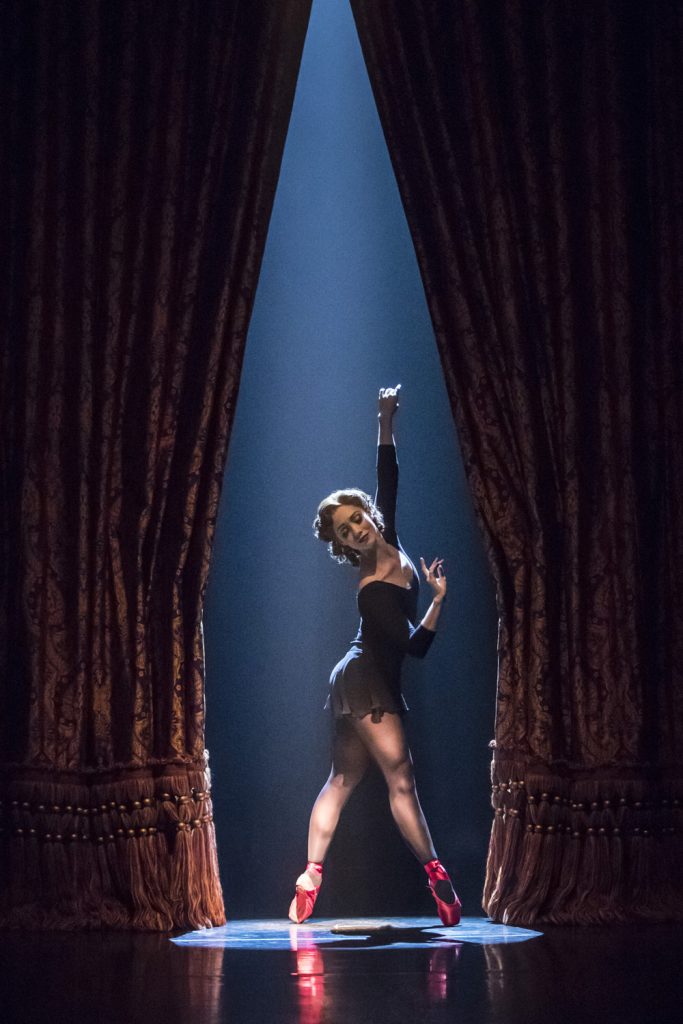 The Red Shoes, based on the famous classic Powell and Pressburger film of the same name, has been dubbed the “greatest dance movie of all time” but Bourne wasn’t daunted by this and his stage adaptation went on to win two Olivier Awards in 2017 – Best Theatre Choreographer for Bourne, while the show was named as Best Entertainment of the year.

The ballet returns to Birmingham Hippodrome in February as part of a UK tour following a previous sell-out run at the theatre three years ago. I got the chance to see a performance at London’s Sadler’s Wells and the small changes Bourne has made make the story even more moving and visually breathtaking than the first time around.

That’s probably down to the clear passion Bourne has for dance – or “healthy obsession” as he calls it. “All it [dance] has done, is give me things. I’ve led the life I wanted to lead and I’ve loved it”, Bourne explains.

What to expect from The Red Shoes

The Red Shoes is a story about the pull between ambition and love for talented ballet dancer Vicky Page after she lands top billing in The Red Shoes ballet but also falls in love with composer Julian Craster.

Torn between her strict and unwavering ballet impresario Boris Lermontov, who believes Vicky can’t be a great dancer if distracted by love, and her feelings for Julian, the dancer faces tough compromises and is eventually pushed to the edge.

It’s set in a Covent Garden ballet company straight after World War II in the 1940’s and is rich with delightful characters and decadent scenes that cross between London and Monte Carlo. 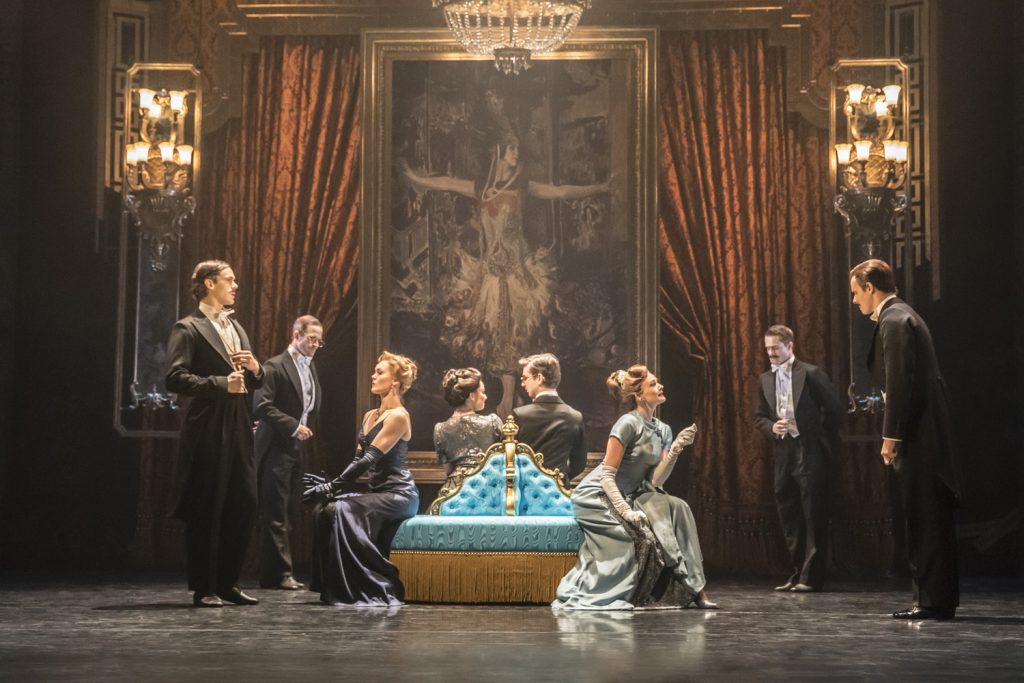 Central to the action is an incredible frame for the stage, or proscenium arch,  that constantly moves and turns, helping the audience differentiate between the drama unfolding both on stage and behind the scenes. It’s all accompanied to stirring music by Bernard Herrmann, who wrote scores for many of the Hitchcock films like Vertigo along with Citizen Kane.

In true Bourne fashion, The Red Shoes is beautifully stylish, dripping in sophisticated vintage costumes – from the prima donna ballerina rehearsing in a fur coat and carrying around a miniature dog to young men bouncing around at the seafront with nothing but long shorts and a beach ball.

Bourne explains that he’s added a few visual extras since its last visit to Birmingham including a new entrance for Lermantov at the beginning of the ballet. It’s dramatic and perfectly fits with this uncompromising character that demands everyone’s full attention.

Bourne’s relationship with The Red Shoes

The choreographer was a teenager when he first saw The Red Shoes film, encouraged to watch it by his parents. He remembers it as his “introduction” to both classical ballet and a world which was very intriguing and very eccentric.

“Those characters are all crazy, aren’t they?”, adds Bourne. “So passionate about what they do, and I loved all that. As well as loving the dancing, I loved the personalities. Vicky and Julian are both ambitious and want their artistic life as well as their life together.

“It’s their artistic life that brings them together but interestingly when the art isn’t good, it doesn’t quite work. The character of Vicky is probably a lot different to how she would have been portrayed in the 1940’s,” explains Bourne.

“I love Moira Shearer in the film [who played Vicky] but I think she’s a different personality now, she’s much more in control of her destiny. She’s a stronger character. I think women today don’t want to play a character who is ‘done to’, they want to play a part in their life and have decisions to make.

“I’m not like Boris Lermantov, but I do understand what he feels – where someone’s relationship has got in the way of work. It’s personal and private, so you can’t really say anything, but it drives you crazy.”

Bourne’s style is much more collaborative with his dancers, balancing opportunities for young newcomers while maintaining the more mature. It must work well as many in his dance company have spent their careers with him, including Dominic North, Ashley Shaw, Michela Meazza and Adam Cooper, who joined 25 years ago and was the iconic role of The Swan in Bourne’s original production of Swan Lake.

As someone at the forefront of promoting all-male pas du deux and ballets, I was intrigued to find out what Bourne thought about the recent same-sex dance in Strictly Come Dancing between professionals Johannes Radebe and Graziano di Prima, along with calls for the television show to have a same-sex coupling for the competition.

“I’m all for same sex partnering in any kind of story or dance, but I’m not sure it’s the way for Strictly completely and it’s a bit unfair that it is constantly pushed to do it,” ponders Bourne. 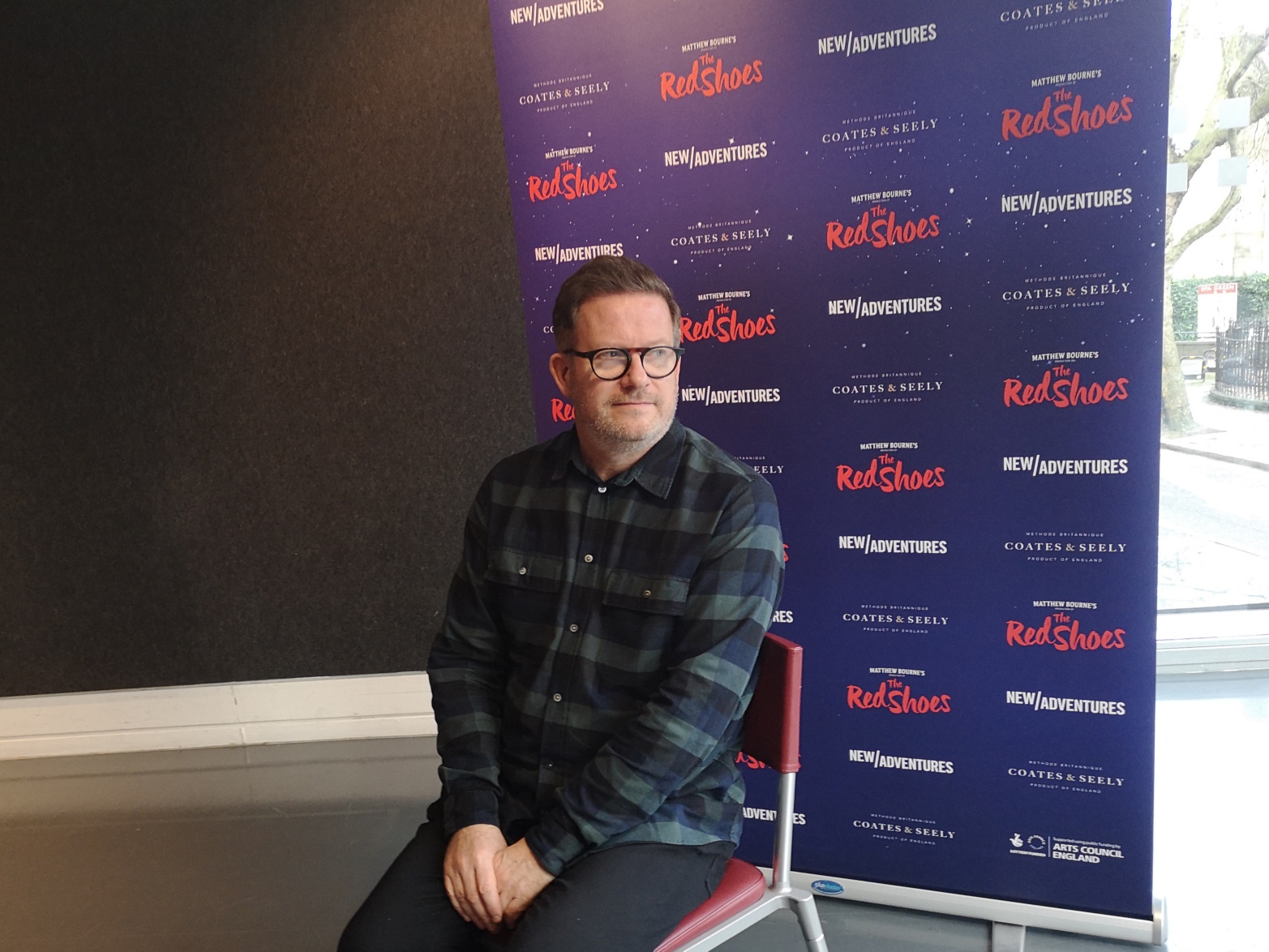 “I think it’s brilliant that they have done it as a professionals’ dance and I think that’s the way to get it in.

“I don’t think people get this issue very well, but Strictly is about ballroom… Some of those ballroom dances, there has to be a man and a woman really or someone who is playing the woman because of the way it’s organised.

“The basic ballroom stuff doesn’t really work because it’s designed and very specific [for a man dancing with a woman], so it’s very difficult for people to judge those specific dances.”

What he’s optimistic about is the rise in the number of boys and men looking at careers in dance during his lifetime and he adds: “The growth of male dancing and inspiration for male dancers has been a big change and we’ve (his dance company, New Adventures) had something to do with that along the way.

“There are other things as well like Billy Elliot and Strictly Come Dancing, as things like that do encourage young people. The role models are there for people who want to get into it, particularly young men and boys.”

Bourne on his process on creating a successful production

The dancers have been kept busy by Bourne’s continuous new creations, the most recent of which is last year’s Romeo and Juliet. Always looking for inspiration, he explains his thought process and why it is so difficult to find a suitable story to transform into dance.

“It has to be right – it has to have reasons to dance,” explains Bourne. “Any interesting relationship is a good duet, but you need opportunities for solos and group dances. You need to open it out so it’s a bigger story than just about two or three people for it to be a big stage piece.

“It needs humour, needs drama, needs emotion, possible tragic and big things happening. It’s quite hard to find something that’s not too talky with too many words, that has a poetic edge to it – there are so many things to think about, so if you have any ideas – let me know,” he adds with a smirk.

6 of the best things to do in Birmingham this week