A decade after its last UK tour, Les Misérables still has audiences storming the barricades to get their hands on tickets, and to most, that should come as no surprise.

One of the most iconic productions that has been watched and adored by millions worldwide, I supposed you could say that Les Mis has been leading the pack for musical theatre for quite some time.

Having made its debut over 10 decades ago, may might question how a production based around the French Revolution has managed to maintain its longevity, asking themselves simply: does Les Mis still have ‘it’.

After being remastered for its 25th anniversary by the legendary Cameron Mackintosh, Les Mis was given a new lease of life with fresh scenery, making as much as a treat for the eyes as it is for the ears. 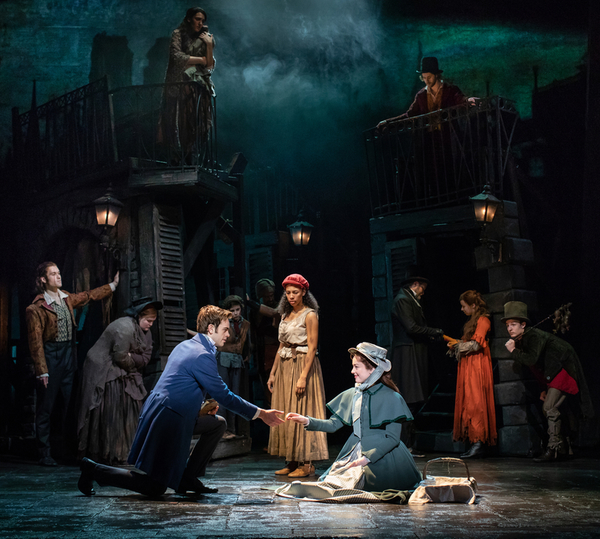 This production is by no means easy-going, it pulls and plays with your emotions in every way possible. Act One alone is a whopping hour and a half long, but it’s been crafted in such a way that you’re carried through it with even thinking how long you’re actually sat there for.

But I suppose that is a pure testament to both the show and its cast. The power that lays within a story that sees 80 per cent of the main characters lose their lives in a great battle of the French Revolution makes for a challenging watch, but it’s one that audience members have been willing to witness time and time again.

When the Hippodrome announced that the award-winning production would be spending five weeks in the city, tickets flew out the door at such speed that the entire run has practically sold out. But if you didn’t manage to get tickets, then you’ll be pleased to hear that Les Mis will be returning to Birmingham in 2020.

Mackintosh’s production may be a decade old, but it’s reinvented Les Mis to be grander and greater than ever before. Killian Donnelly is utterly outstanding as Jean Valjean, the gentlemen who is sentenced to a life of slavery for stealing a loaf of bread for his starving nephew.

Finding an exact word to sum up Donnelly’s performance is near impossible, and that’s simply because his voice is so utterly sublime that you’d sometimes even question whether the voice that is coming from the stage is actually his. His performance throughout the entirety of the show is so utterly outstanding that no-one dares draw breath.

Equally, Will Richardson gave a stunning performance as Enjolras, while Nic Greenshields was sublime as the troubled Valjean. Harry Apps and Tegan Bannister were too sensational in their roles as star-crossed lovers Marius and Eponine, and both Katie Hall (Fantine) and Bronwen Hanson (Cosette) too delivered crowd-pleasing performances.

There’s so much to appreciate about Les Misérables, from it’s heart-wrenching storyline to the iconic music including Bring Him Home, Own My Own, Master of the House, it’s no wonder that this timeless, iconic production is receiving a wealth of applause with every show.

Les Misérables better get ready for five weeks of non-stop standing ovations at Birmingham Hippodrome. Unmissable, unforgettable and simply outstanding, it’s a show everyone should experience once in their lives.

Les Misérables runs at Birmingham Hippodrome until Saturday, May 11. Limited single tickets are still available by clicking here or ringing the box office.

The production returns to the Hippodrome Tuesday, June 30 – Saturday, July 18. Tickets go on general sale Friday, April 12 at 11am, so be ready and waiting, because you’ll need to storm the barricades for a ticket!

You're invited to our beauty event at Harvey Nichols, with free treatments and makeovers!