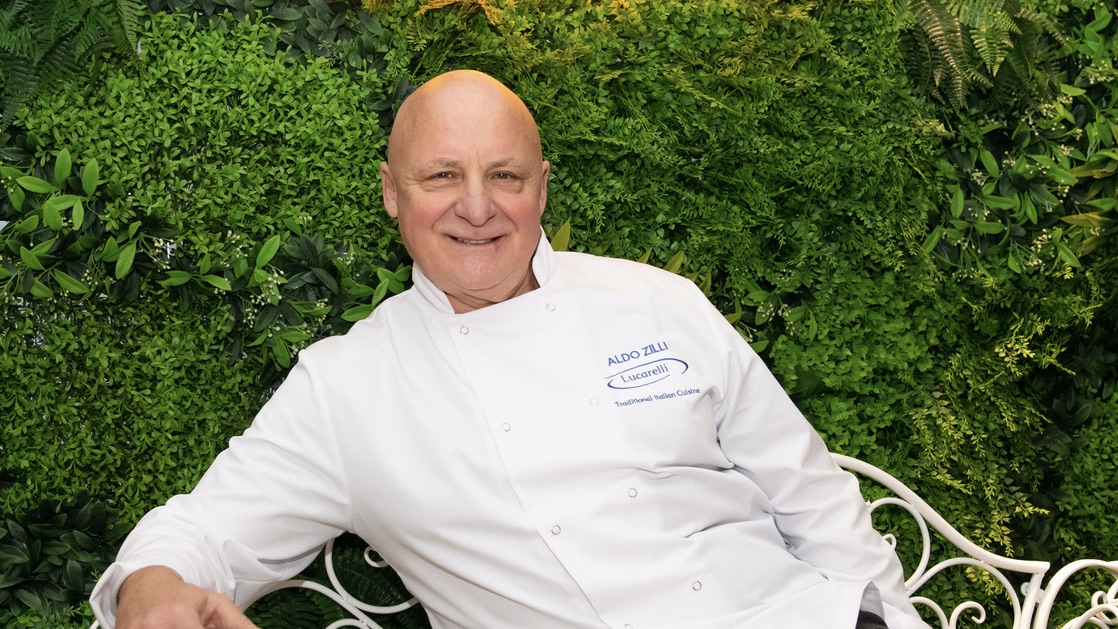 Aldo Zilli: The Chef With The X Factor

By Andrew RileyApril 13, 2022No Comments

Award-winning celebrity chef and restaurateur Aldo Zilli has made a global name for himself bringing his brand of home-cooked Italian cuisine to the masses. As founder and chef-patron of some of London’s most exciting and innovative restaurants, he’s not ready to hang up his chef whites just yet. We caught up with him at his latest venture – Birmingham’s Lucarelli – to chat X Factor, his favourite pasta dishes and how he ended up being great friends with George Michael. 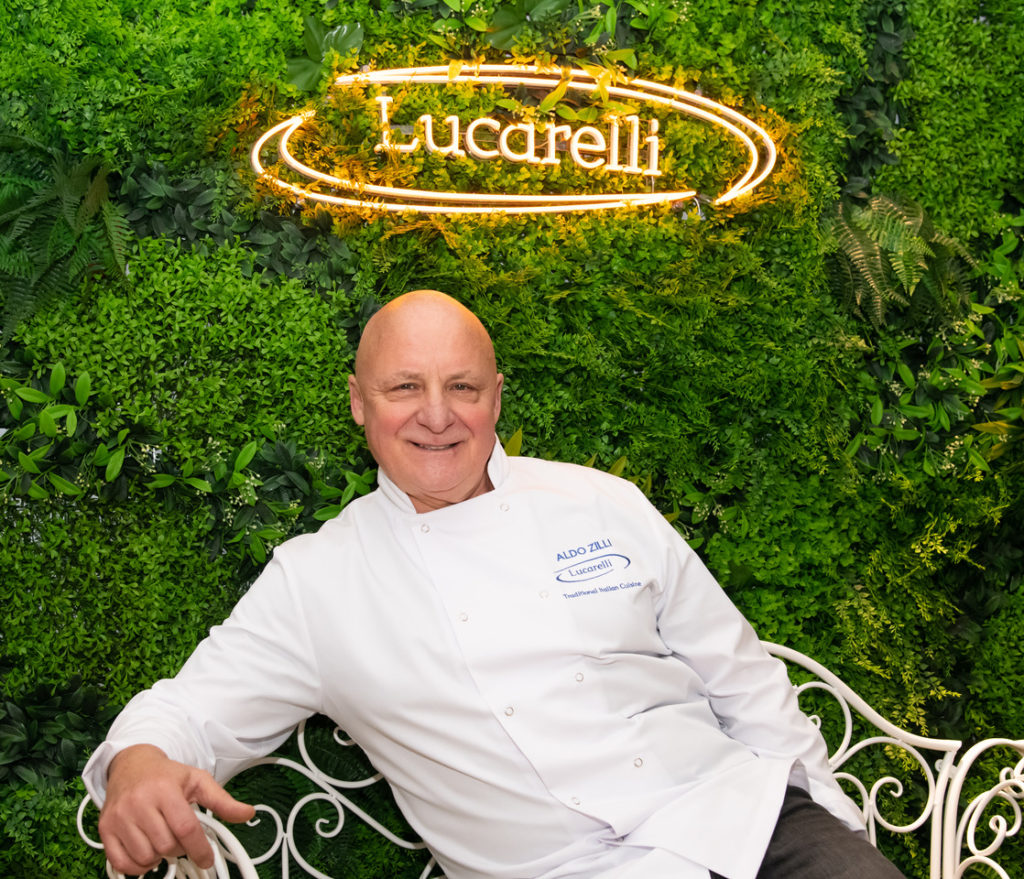 You moved to the UK in your 20s; what brought you here?

I met a girl in Munich, in a restaurant, it was as simple as that really. I was working with her brother; she came to the restaurant, we met up, and she said why don’t you come to see us in London, and at that age, I was 18 then, I didn’t really care about anything. I grew up the youngest of nine in a very poor family and food was a premium. I was bought up in a farm so everything was available, it was all fresh produce. We moved to the seaside when I was aged 11 and we were near the beach in the Abruzzo region. I didn’t enjoy changing to a new school because I got bullied. You name it I got it because I was the farming boy, you know? So I left school very young, I was 16, and I got on a train and went to Munich. There I was homeless for three months. Not many people know this, other than the homeless charity I represent, and that was tough. No phones, no money, no anything – I was living on the streets in temperatures at -2, sleeping at petrol stations, in phone boxes, God knows what. But I survived, I found a job at the back of an Italian restaurant and the kitchen porter bought me into the kitchen one day and introduced me to the chef. He asked me what I was doing, I said I was on the streets, so he bought me in and offered me a job.

So, fast forwarding a bit, going from that to your first venture, how did that happen?

I came to London and worked in hotels in Surrey, (where I live now) before moving to the bright lights of Soho. That’s when I decided that this was my village, this was my town – I loved it. My best ever friends have always been gay, I don’t know why, from Freddie Mercury to George Michael. Anyway, I worked in this restaurant in Soho and this guy decided to retire, and said do you want to rent my restaurant, £500 a week? In Dean Street. I was aged 27 and I got my first restaurant. Italian restaurants in those days were terrible. You couldn’t even find olive oil or good ingredients so I started bringing in my own. I was the first chef, the first Italian chef, that did a bit of telly as well on the Carlton Food Network. Because I was so passionate about serving great food I started getting A-list celebrities in the restaurant. The first one was David Austin, who was George Michael’s friend. He used to play the guitar in the band, I said which one and he said ‘Wham!’, which didn’t mean anything to me. So, he bought me George, and it still didn’t mean anything to me but I thought ‘hang on a minute, this is a famous person, maybe I could do something with this’. So, I started doing mad things, things like serving wild boar, things that weren’t seen on the menus in those days, and George was very, very kind anyway. He was always recommending me. Then, after that first restaurant went, I built my own just down the road, but I ran out of money. If it wasn’t for him, I wouldn’t have had the restaurant.

So, he bailed you out?

Yes, thirty grand. If it wasn’t for that thirty grand, which I paid back very handsomely, I wouldn’t have had the restaurant, and from that point I never looked back. Success came very quickly then.

So, bringing you to the present day what brings you to Lucarelli at Mailbox?

For me, when I get involved in other businesses as a third party, I didn’t want to take another consultancy job where I give my name and that is the end of it. We have come up with the right kind of deal where I am not just a name above the door -people are too savvy about that now, when the name is above the door but that person isn’t behind the counter, isn’t in the kitchen, isn’t influencing the food. I’ve opened the restaurants in London and made them hugely successful because I was present. In this one I’m going to be even more present because not only has it got my name, I’ve got interest in it. 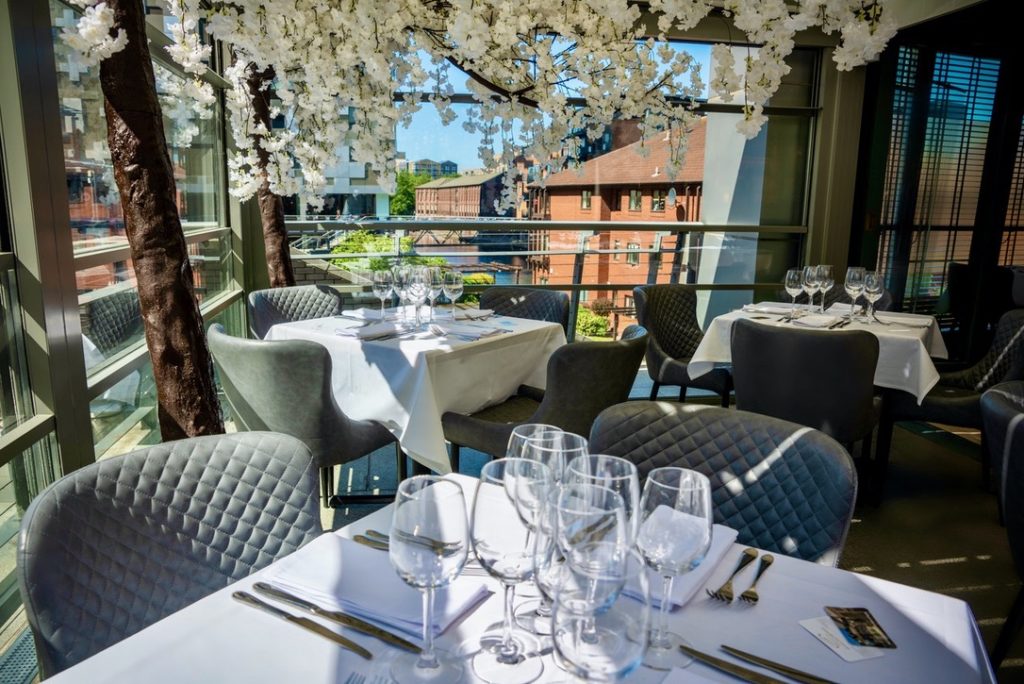 Are you going to be cooking at Lucarelli?

Yes, at least once a week. We have people like Aktar Islam, we have people like Glynn Purnell; they’re resident in their own restaurants and they have made their own names, but I don’t think we ever had a really well known chef resident in the city like this. Birmingham deserves it as well, the competition here is fierce. If you want to succeed in this business, you have to be in your restaurant. I learned that with my own restaurants. I had six restaurants between Soho and Covent Garden, and people kept saying to me, ‘Why are you opening another one in Soho, why are you opening another one in Covent Garden?’ Because, I can be bothered to go then. Geography is a big thing with restaurants as well. If you don’t want to go to your own restaurant why should the customers bother to go? In fact I sometimes turn up without even telling anyone because I want to see what my chefs are doing when I’m not here.

How do you rate Italian cuisine in Birmingham?

I think it deserves to be better. I’m not a stranger to the city, I started Taste of Birmingham and I fell in love with the place then. I did the BBC Good Food Show many, many times, so I kept coming to Birmingham to work then, and now I have another chance. The guys here are restauranteurs, and that’s what makes the difference to me. They don’t want to work with people who are just putting their face to it, and I don’t want to work with people who’ve just got the money. They have to have some passion; they have to be in the restaurant business. Carmeni is an old friend and we have worked together for 11 years, and now we are partners. It’s a no-brainer. 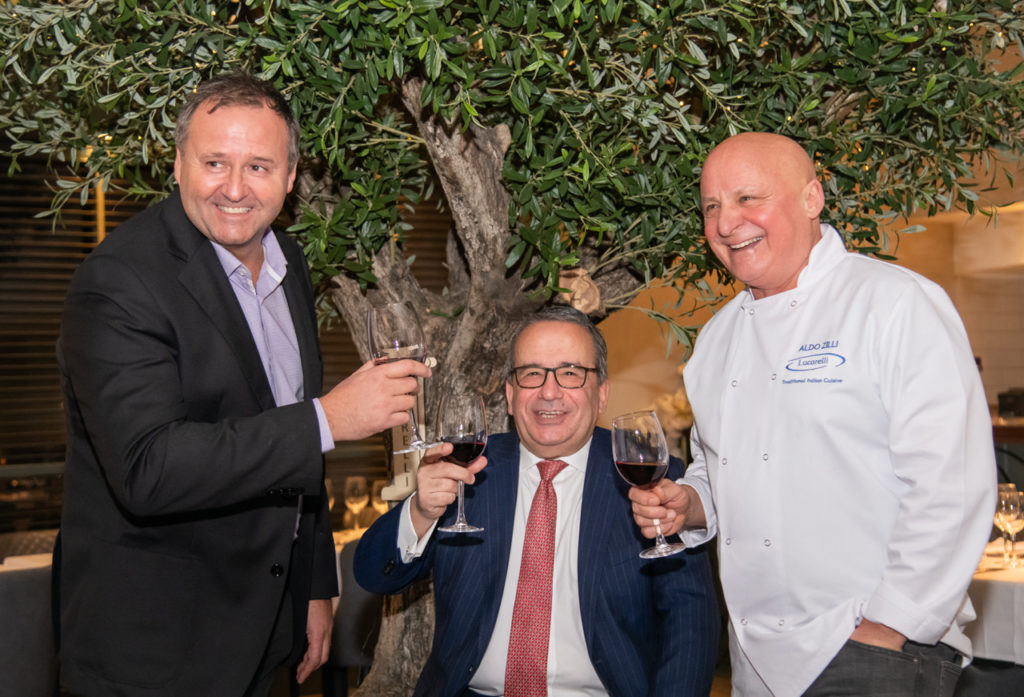 You’ve done a lot of TV appearances, What’s your most memorable experience?

I’ve done loads of TV, but the best time I ever had was Celebrity X Factor. That was two weeks hanging out with Simon Cowell and doing something so out of my comfort zone I almost enjoyed it! We got to the final about 14 years ago. I’ve done a lot of cooking on TV; travelling and cooking are what I love the most because I get to learn as well as the viewers. I’ve done some Sicilian trips with another chef on the Food Network. I’ve judged on Celebrity Masterchef a few times and I love doing that – it’s the best thing on television, especially the professional ones. The celebrity one is ok, it’s a bit of fun.

You opened Casa Zilli during the pandemic, tell us about that?

Well, you can imagine, March 15 2020 when Covid started, that was the worst week of my life. The phone started ringing for all the wrong reasons, and without going into too much detail, jobs started going. Brands that I represented started pulling out, contracts started finishing, and everything came too close. I had two options. One was retiring, which I very strongly thought of initially, but I’ve got very young teenagers so I couldn’t do that. So there had to be a Plan B, and that was for me was to start something new. My wife and I luckily have a big property in Surrey with 18 acres of land and a big kitchen. Me, my son and my daughter we go on our bikes and start delivering flyers. I said, ‘I’m a chef, why don’t I just start doing some take-aways?’ That’s how Casa Zilli was born, and it’s now a very profitable business two years later. We’ve got the Igloos the Onion Room, all on the property, and it’s escalated into a monster! Let me tell you this, I have never in my life cooked as much food as I have cooked in the last two years. I am in the kitchen cooking, and I love it, but now I’m looking for chefs. I’ve just done Chef Factor with the BBC, looking for a chef. I’ve just done the final, and it’s coming out in March. 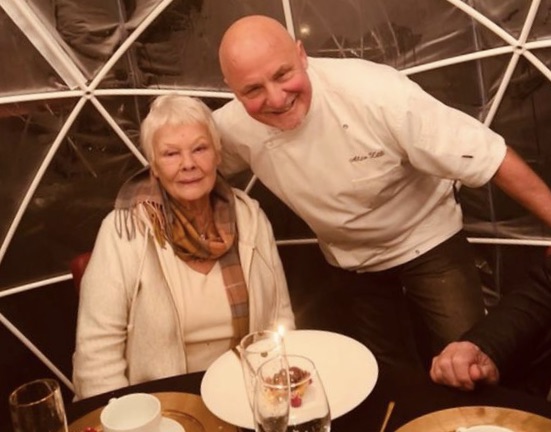 Have you had lots of famous friends visit there?

Dame Judi Dench. She used to be my fan at Zilli Fish so she’s followed me around to have a Lobster Ravioli, and now she’s booked again for next week. Peter Andre lives up the road. He hired my garden for his son’s birthday party. We did an open-air Aldo drive-in cinema and we had loads of helicopters landing in my garden. People are landing, eating, then they go.

Is that something you will carry on doing with this new chef?

It would be a disaster if I had said to my wife, ‘Now let’s stop this’ because she is the power behind all this. Casa Zilli wouldn’t’ have been anything without Nikki. Nikki Zilli is the power.

Oh goodness. I like to be by the sea, where I grew up, and just cook on the beach. Char-grilled meat or barbecued fish, that’s my favourite. If I was to be by the sea now, and I’d got some octopus, some squid and some sea bass, I’d marinade it with lots of fresh herbs, olive oil, lemon, and just chuck it on the barbecue. My favourite restaurant in the world is on the beach in Portugal, and that’s all they do. It’s incredible. My favourite pasta dish has to be spaghetti lobster. That’s my signature, I’ve carried it through to all the restaurants I have ever had.

What advice would you give to a younger Aldo just getting started?

Get out of this business as quick as you can! If anybody offers you a job in the kitchen, look the other way. Go and buy a property.

But seriously, I have loved it all because it has allowed me to have the time I have had, and I have had the time of my life! You don’t write two autobiographies, and I’m in the middle of writing another one, because my life gets crazier and crazier. I have had the time of my life and I wouldn’t change it for the world. If I was a little Aldo Zilli, that naïve boy who left the little village for the big city, I would do exactly the same. I wouldn’t change a thing.