An Interview with Simon Amstell

“I’ve never felt more excited about a tour in my life,” says Simon Amstell. The British comedian and filmmaker is talking up his return to the world of stand-up, as he prepares to bring his new show Spirit Hole to audiences this autumn. 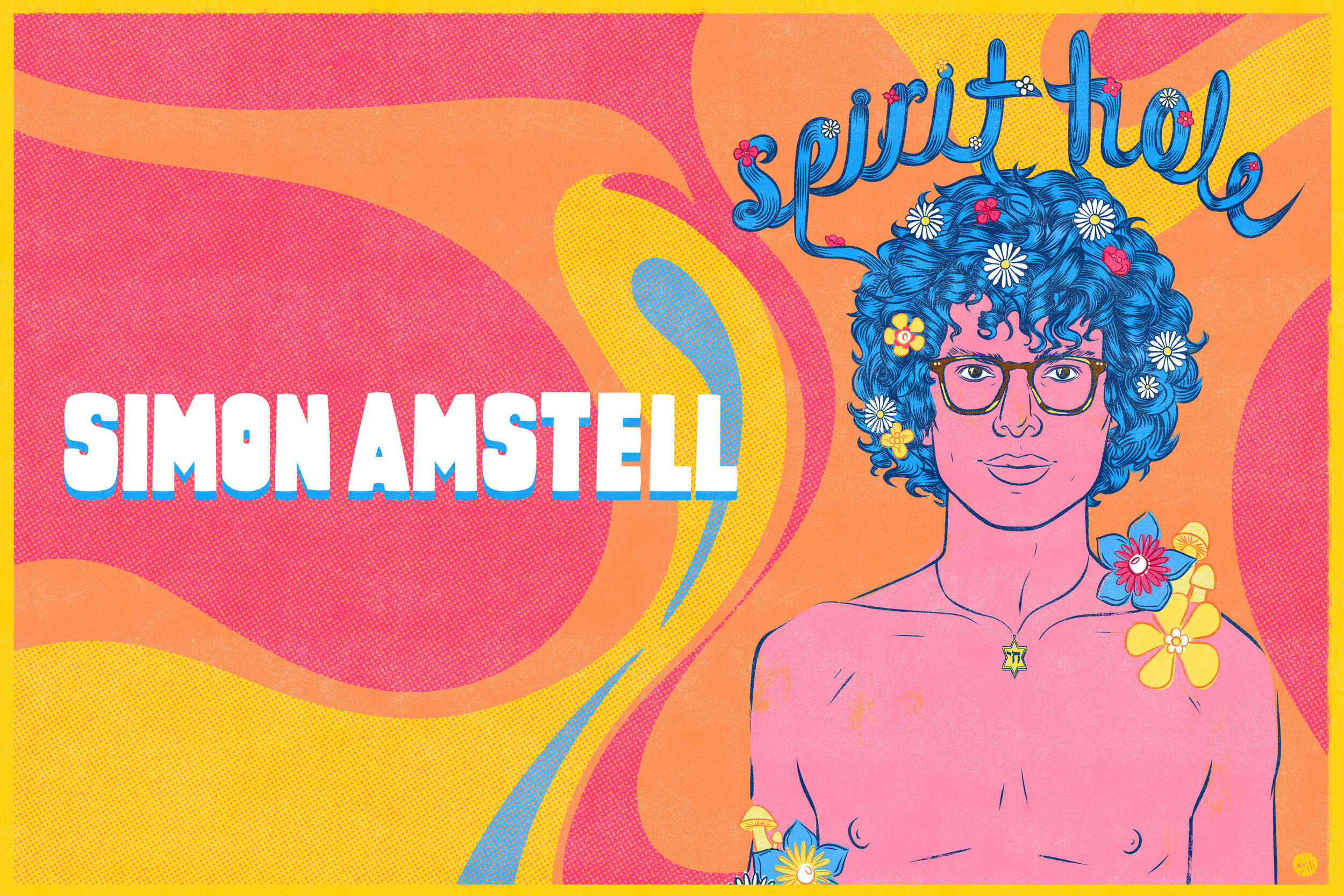 “A blissful, spiritual, sensational exploration of love, sex, shame, mushrooms and more”, this 39-gig odyssey promises to be on a par with his 2019 Netflix special Set Free, which took viewers on a surreal meander through Amstell’s fertile mind.

“When I first started touring, I thought it was a silly thing to be doing,” he admits. “I felt like I should just stay in London. And people should come to me! Like The Lion King…I thought I should be like The Lion King!”

After months of lockdown left him contemplating life, the universe, and his stand-up, Amstell is more than ready to go back out on the road. “The show’s better now as a result of all this,” he says. “If there’s a silver lining, I may be funnier!” Certainly, fans of his acute observational humour won’t be disappointed. Right back to his early forays at the Edinburgh Fringe and shows like 2010’s Do Nothing, Amstell has proved himself a master at skewering his own social embarrassment. Like a self-help guru, but a thousand times funnier.

Take shame, an emotion he tackles in this new show. “I feel like I clear away a lot of shame by saying the stuff out loud that I’m worried about saying,” he says. “What I’m really scared of is not saying everything [but] leaving something out and then it remains this little demon in my head that’s making me feel like there’s something wrong with me. But the second I say the thing out loud that I feel embarrassed or ashamed to say and realise that nothing happened, nobody walked out the room, it’s incredible freeing.”

In fact, there may be no more enlightened comedian on the circuit than Amstell. “This year, thanks to a lot of magic mushrooms, I feel like I really know some stuff now that I didn’t know before,” he says. He’s taken the hallucinogenic drug, which has been used to treat depression in some cases, for “medicinal” purposes. “I’m very respectful of the mushroom. The mushroom is very powerful. I mean, it can be fun, but it’s not just a fun trip to me. It’s a healing, spiritual journey. I do it very ceremonially. There’s a lot of ritual.”

While many have fallen prey during lockdown to dark thoughts, Amstell seems to be flourishing. “I think I really learned to surrender. Finally. We’re all under the illusion that we’re in control of our lives. And this was pretty strong evidence that we’re definitely not.”

Ageing – another thing we can’t control – is also a big theme. “A lot of the show is about getting older,” he says. He turned 40 in November 2019, a milestone he struggled with. “We’re in a culture where we’re told there are options and we’re sold anti-ageing products, whereas really the advert should say: ‘Hi. Nothing can be done. Maybe get a hobby.’”

Amstell has honed his style of confessional comedy, not just in stand-up but also on the BBC2 sitcom Grandma’s House, which he wrote and starred in. He continued this semi-autobiographical streak with 2018’s feature film Benjamin, which he wrote and directed. Dubbed “funny, charming and overpoweringly personal” by The Guardian, it told the story of a filmmaker, played by Colin Morgan, preparing to premiere his second movie as he falls in love with a French music student named Noah. “I really loved directing,” Amstell reflects. “I had an idea that I would love to do it. But then when I was actually doing it…every day it was just such a joy working with actors and hearing and seeing what you’ve written come to life.”

Such were the artistic pleasures of Benjamin, Amstell is already planning another experience behind the camera. He’s written a script, this time with a female protagonist, and has already begun the long process of getting it financed and cast. “Ideally we will shoot it next year,” he explains. Before that, there’s the little matter of the Spirit Hole tour, which concludes at the prestigious London Palladium in November – almost fulfilling his fantasy of a Lion King-style West End residency.

He feels “optimistic” – a light-at-the-end-of-the-tunnel feeling – after the year that the world has endured. “This is a planet we’re not treating very well,” he says, “and my hope is that we have been challenged enough to change in some way.” Rest assured, though: Spirit Hole won’t be one long gig about Coronavirus. “I feel like not mentioning would be a bit peculiar, but then going on about it would be slightly unbearable. I’ll only be discussing it through the prism of my own weird emotions.” We wouldn’t want it any other way.