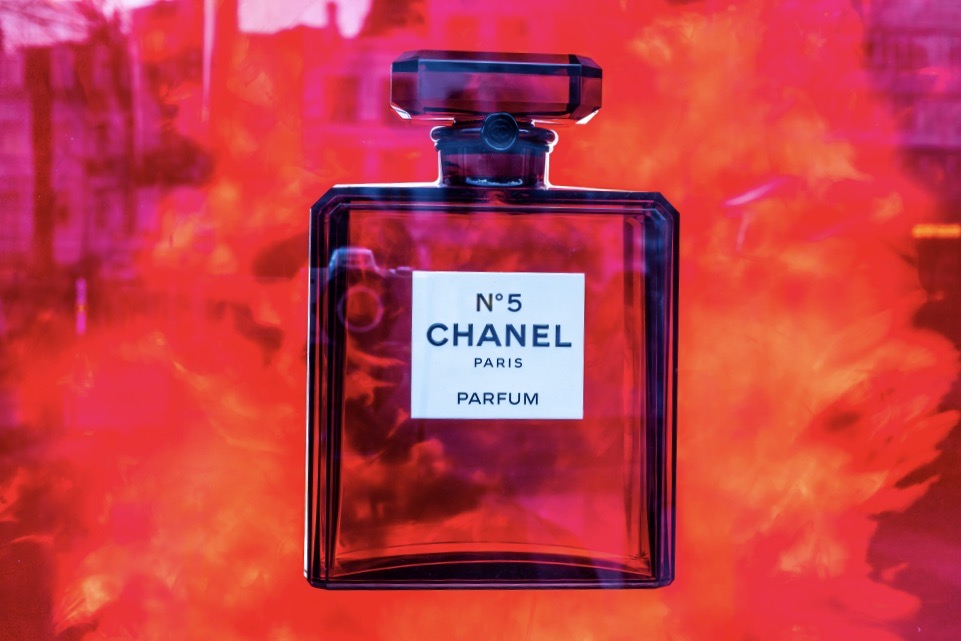 Celebrating the life of Coco Chanel

It’s been fifty years since Coco Chanel passed away at the age of 87, on 10 January 1971. A pioneering, and at times controversial figure, Chanel’s impact on fashion hasn’t been lessened since her death. 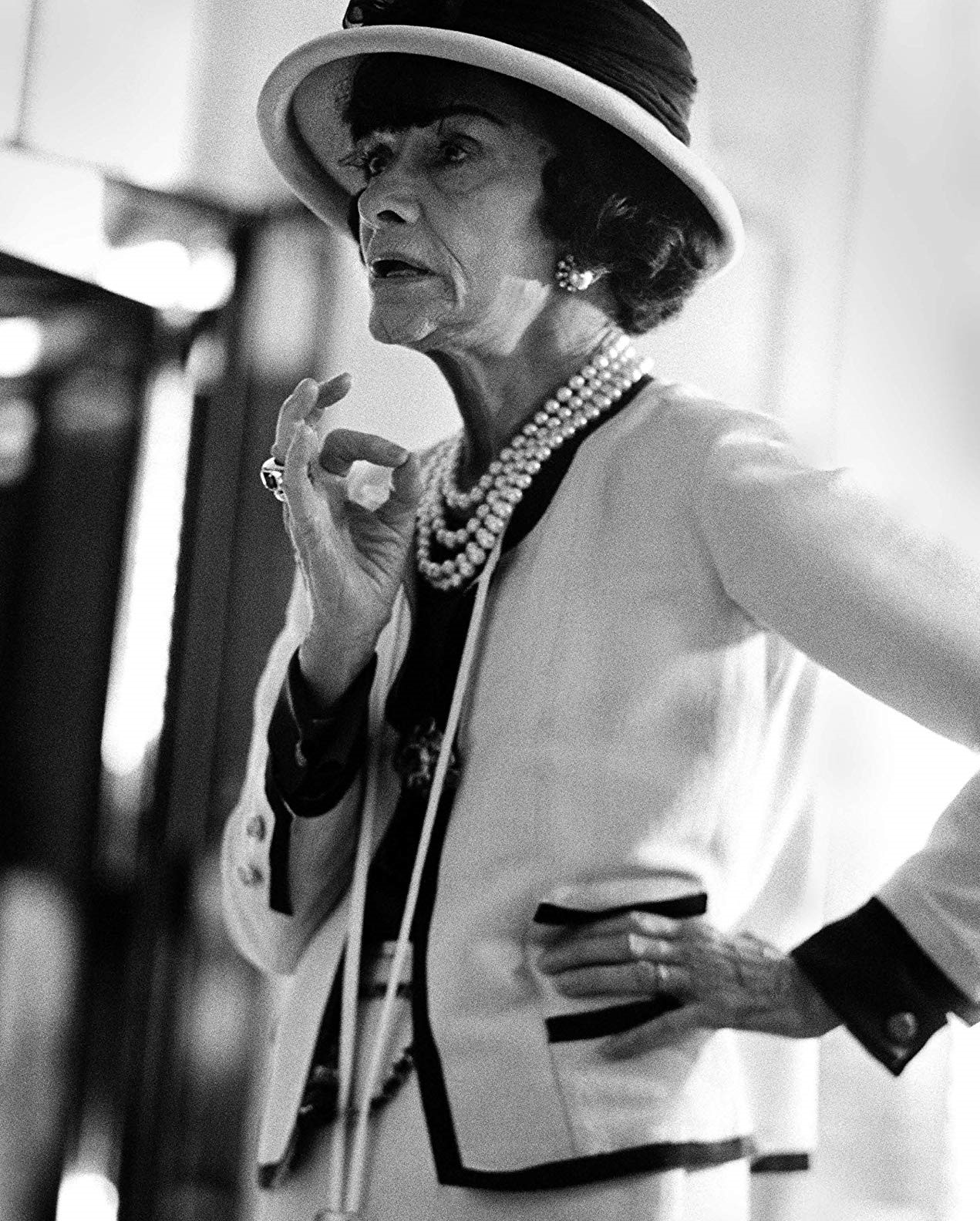 In my book Living with Coco Chanel, I explored the places and people in Chanel’s life that shaped her revolutionary designs. The monochrome palette, the number five and the Little Black Dress, all revealed the secrets of her childhood, while her visits to the French Riviera, the Highlands of Scotland and the Normandy coast helped inspire her timeless pieces. Throughout her career she favoured a black, white and beige colour scheme, inspired by the palette of the remote Aubazine Abbey, in the Auvergne region, where she was raised after being abandoned there at the age of twelve, in 1895. It was here that the stars and moons in the mosaic on the floor of the convent shaped her appreciation of celestial symbolism and the number five. 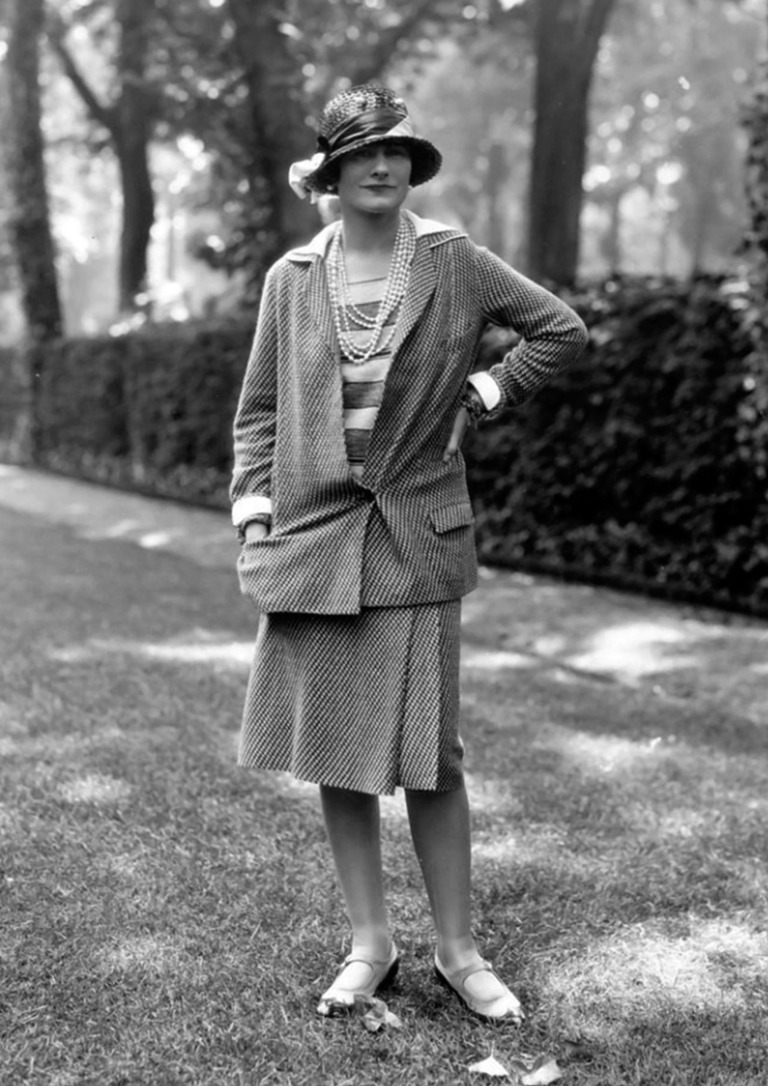 Coco Chanel was also influenced by the wardrobe of the men in her life – a polo sweater borrowed from Arthur ‘Boy’ Capel at the beach resort of Deauville, a quilted jacket, or a tweed sporting jacket worn by the Duke of Westminster in the Highlands. Combining masculine touches with a feminine aesthetic, Chanel turned the restrictive fashions of the belle époque on its head. As well as energising the flapper and embracing the sportswear look, Chanel was one of the first women in Paris to cut her hair boyishly short, helping to define the flapper look of the twenties. By immersing herself in new trends and collaborating with the avant-garde, Chanel held her position at the forefront of fashion. 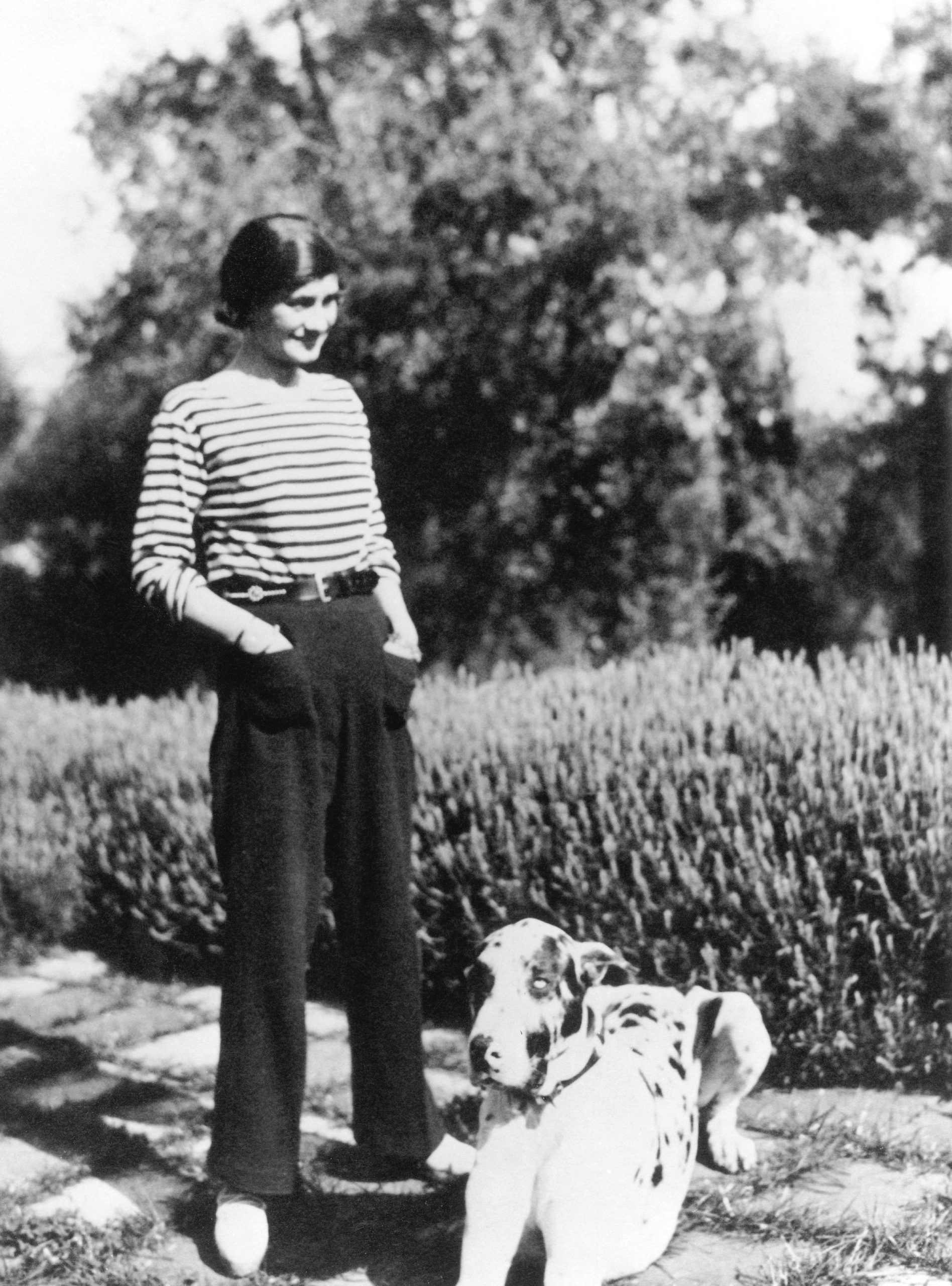 Photographed at her home on the French Riviera, with her dog Gigot, c1930

Chanel’s longevity as the world’s leading designer for seven decades could partly be explained by this consistency. Her collections over the years changed little – the tweed jacket, the Little Black Dress, ropes of pearls, Breton tops, the quilted bags, a splash of Chanel No5 – all still considered status symbols for the chic, modern woman. Chanel democratised fashion, as her simple designs were transferred onto the streets as women copied the Chanel look for themselves.

Caroline Young is a writer from Edinburgh, and the author of Living with Coco Chanel, which explores how the places in Chanel’s life shaped her designs. Her new book, What Coco Chanel Can Teach You About Fashion, by Frances Lincoln, will be released on 3rd August.