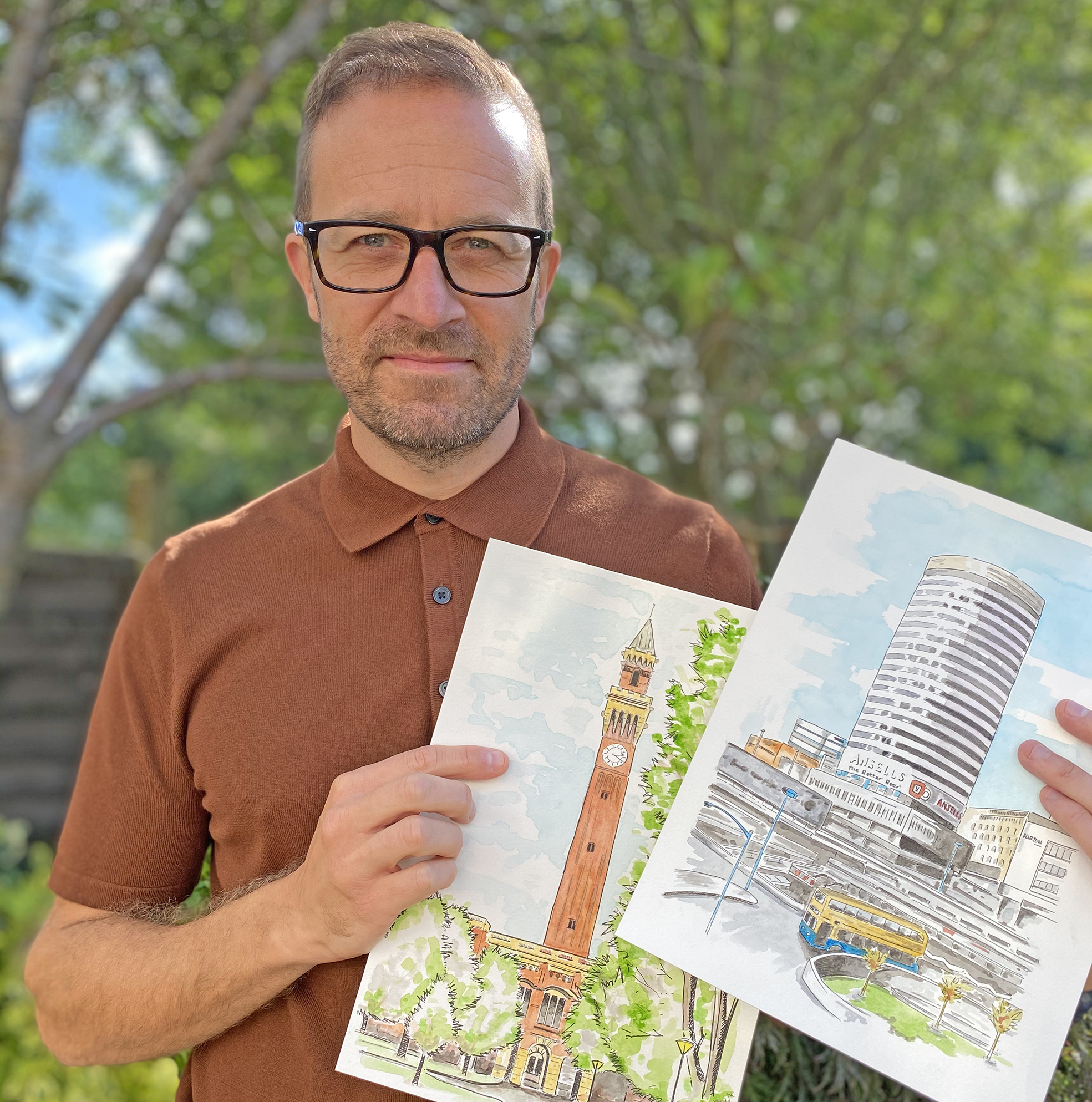 Drawing On His Birmingham Roots

From the Rotunda to original Snobs nightclub, Stacey Barnfield’s sketches of iconic Birmingham have quickly become some of the most sought-after artworks of the second city 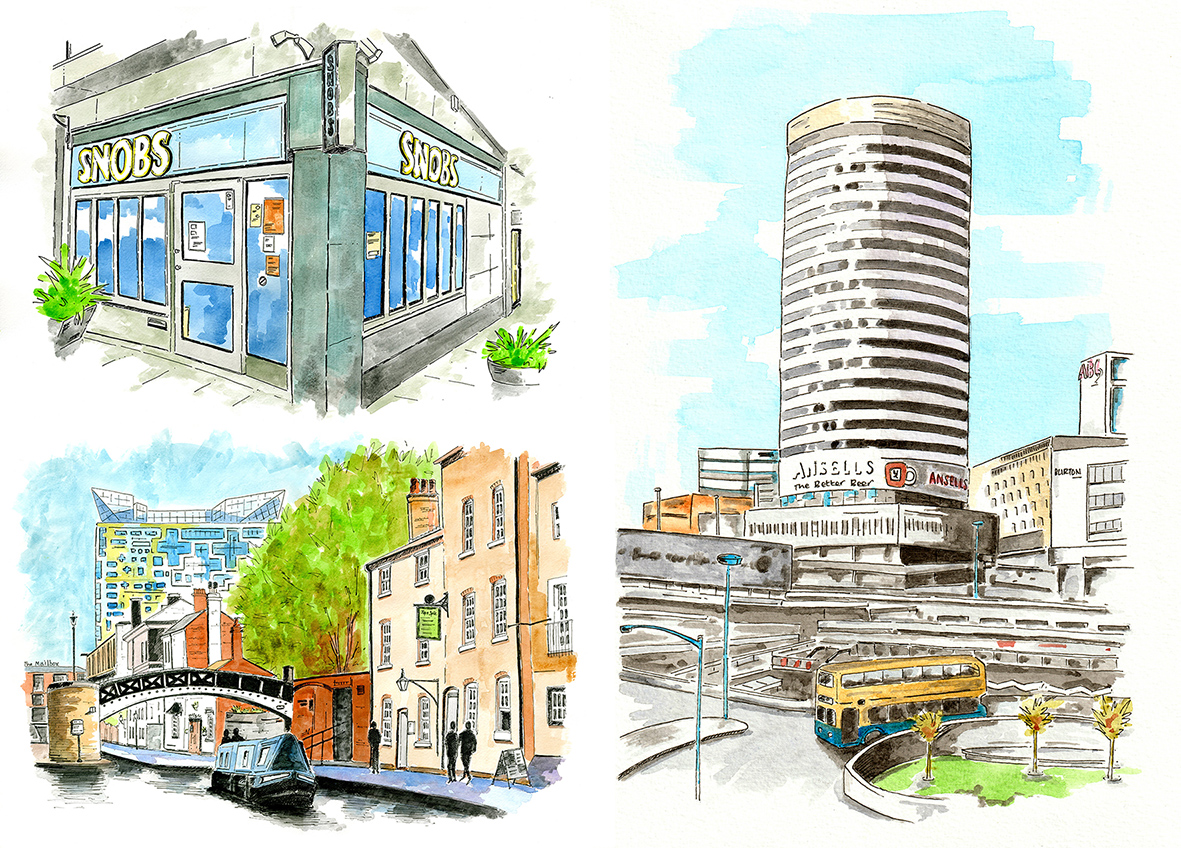 It was during lockdown that talented Stacey turned his hand to sketching favourite spots in his home city – but sharing them on social media has turned it into a surprising and enterprising adventure.

“Maybe it’s because absence makes the heart grow fonder that these sketches are so popular,” says Stacey, who was named Birmingham Businessman of the Year in 2019. “People are more appreciative of the sights they once saw every day on their walk from the station to the office, but don’t since lockdown. 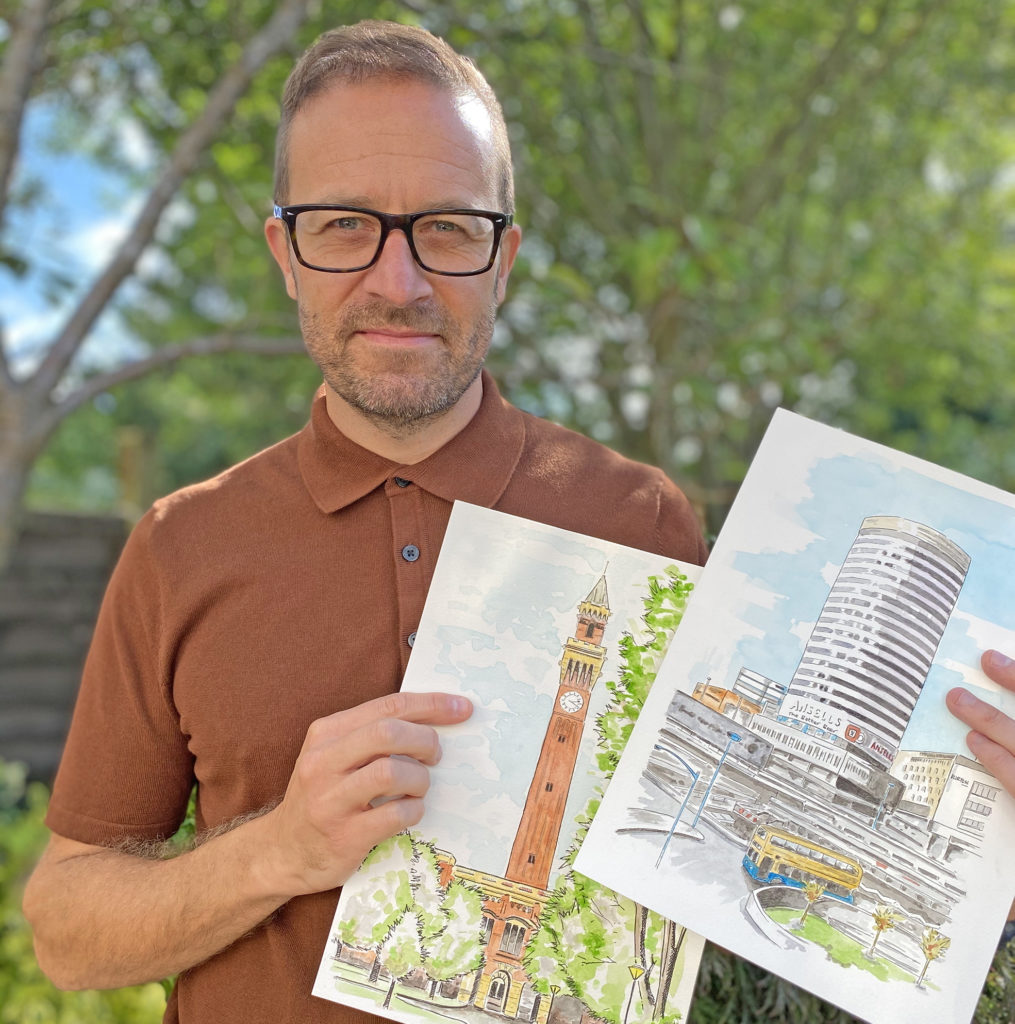 “The drawings are all of places that have a special meaning to people, me included. Places close to a Brummie’s heart.

“The sketch of Oozells Square and Ikon Gallery, for instance, reflects everything about Birmingham in one picture – the old and the new, the regeneration and maintaining its history. It’s a lovely part of the city.” 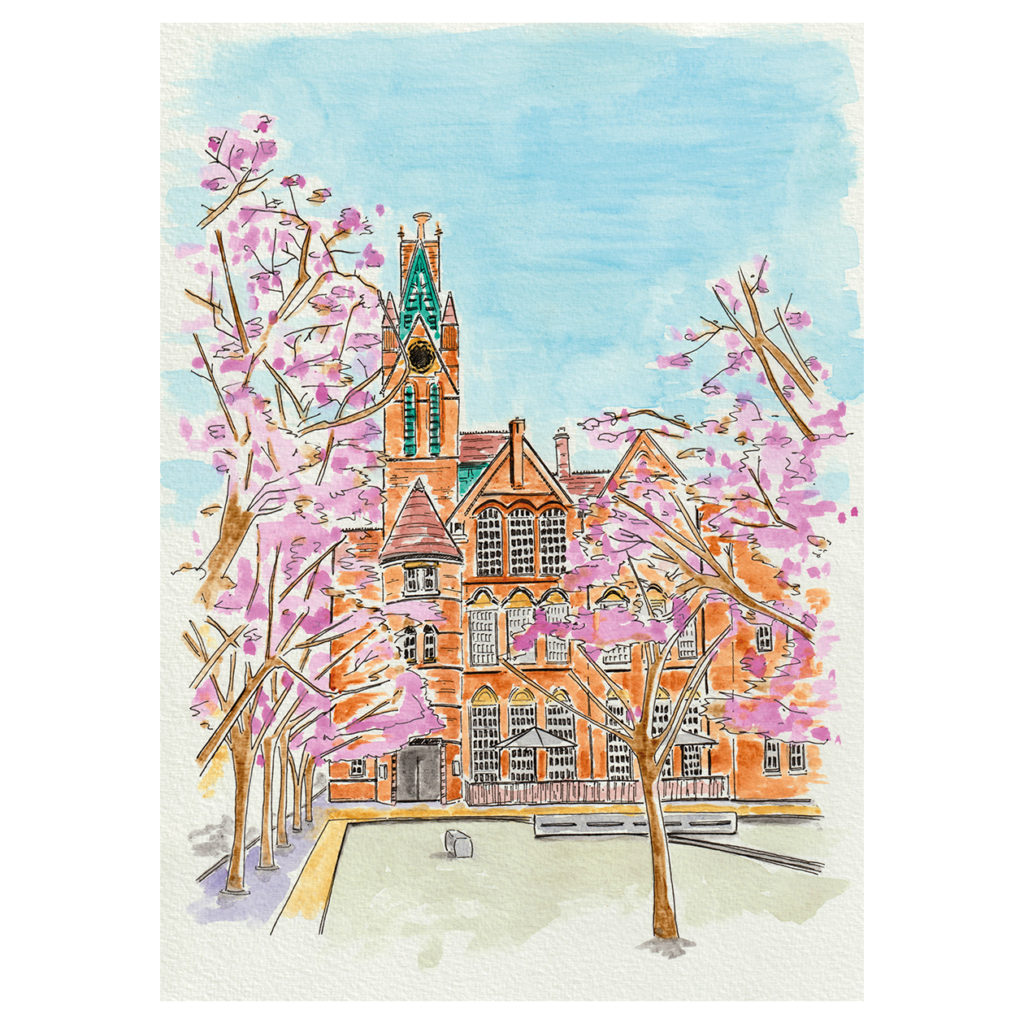 “I shared some of my sketches like a lot of people using hashtags for #isolationart and #lockdownart,” explains Stacey. “The feedback was great and I got suggestions like Snobs. Then LoveBrum charity asked to sell some of my pictures as postcards for its OneBrum cause and it took off from there.”

Stacey now sells his atmospheric prints and private commissions through drawmycity.co.uk and donates £5 from every order to Sifa Fireside homelessness charity in Birmingham, where he volunteers. He has already raised over £600 and is intent on increasing that total.

You can get your hands on this special one-off Stacey Barnfield sketch of Oozells Square and Ikon Gallery commisioned exclusively for our readers here: