By Scarlett ReaNovember 4, 2021No Comments

Grease truly is the word with AGT’s touring production of Grease The Musical, staged at The Alexandra, Birmingham. And I must say I am hopelessly devoted to it! 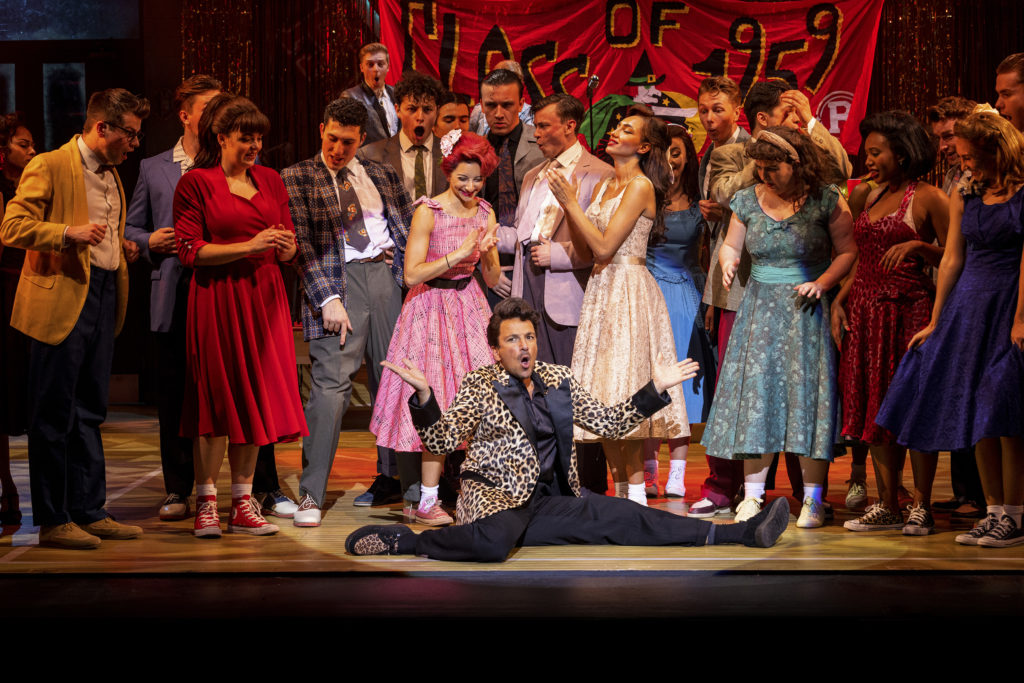 From the flamboyancy of the set and costumes (designed by Colin Richmond) to the engaging musical score (Dan Glover) – which let’s face it; you know every word to – it’s a night bursting at the seams with camp fun that is sure to get you shakin’ at the high school hop (I still have a few puns left up my sleeve…)

Directed by Nikolai Foster, Grease tells – or should I say sings –  the story of a whirlwind summer nights romance between leather-clad greaser Danny and girl-next-door Sandy, who are unexpectedly reunited when she transfers to Rydell High for senior year. It’s a play full of Pink Lady envy, Burger Palace Boys rivalry, teen romance and, of course, Greased Lightning!

With Dan Partridge and Ellie Kingdon’s impeccable portrayal of our favourite bad boy/good girl couple, Danny and Sandy, and Peter Andre singing Beauty School Dropout (need I say anything more?) Grease The Musical is the perfect opportunity to brush off your dancing shoes, as we toe-tapped and sang along. 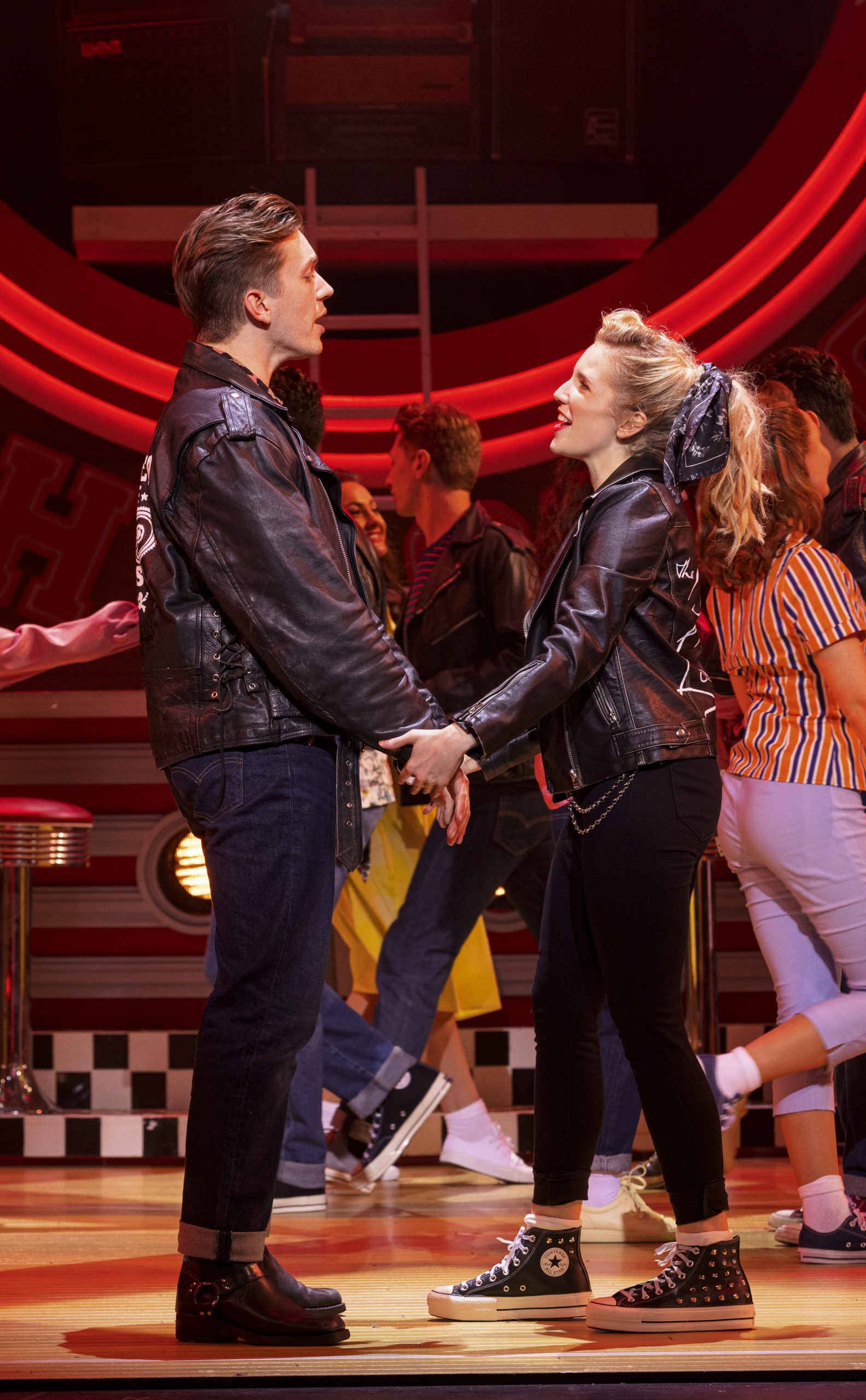 The design elements were just phenomenal. The whole way through I was in awe of the talented lighting designer Ben Cracknell, and the colour imagery he conveyed so splendidly. This intertwined with the elaborate, retro set, and those classic leather jackets transported the audience back to the glitz of the 1950s.

Alongside the theatricality of the stage came the charisma of the actors; with outlandish choreography (Richard Roe) and flawless singing, it’s a night you won’t forget. And this latest production certainly underlines why this has been everyone’s favourite musical for more than 40 years.