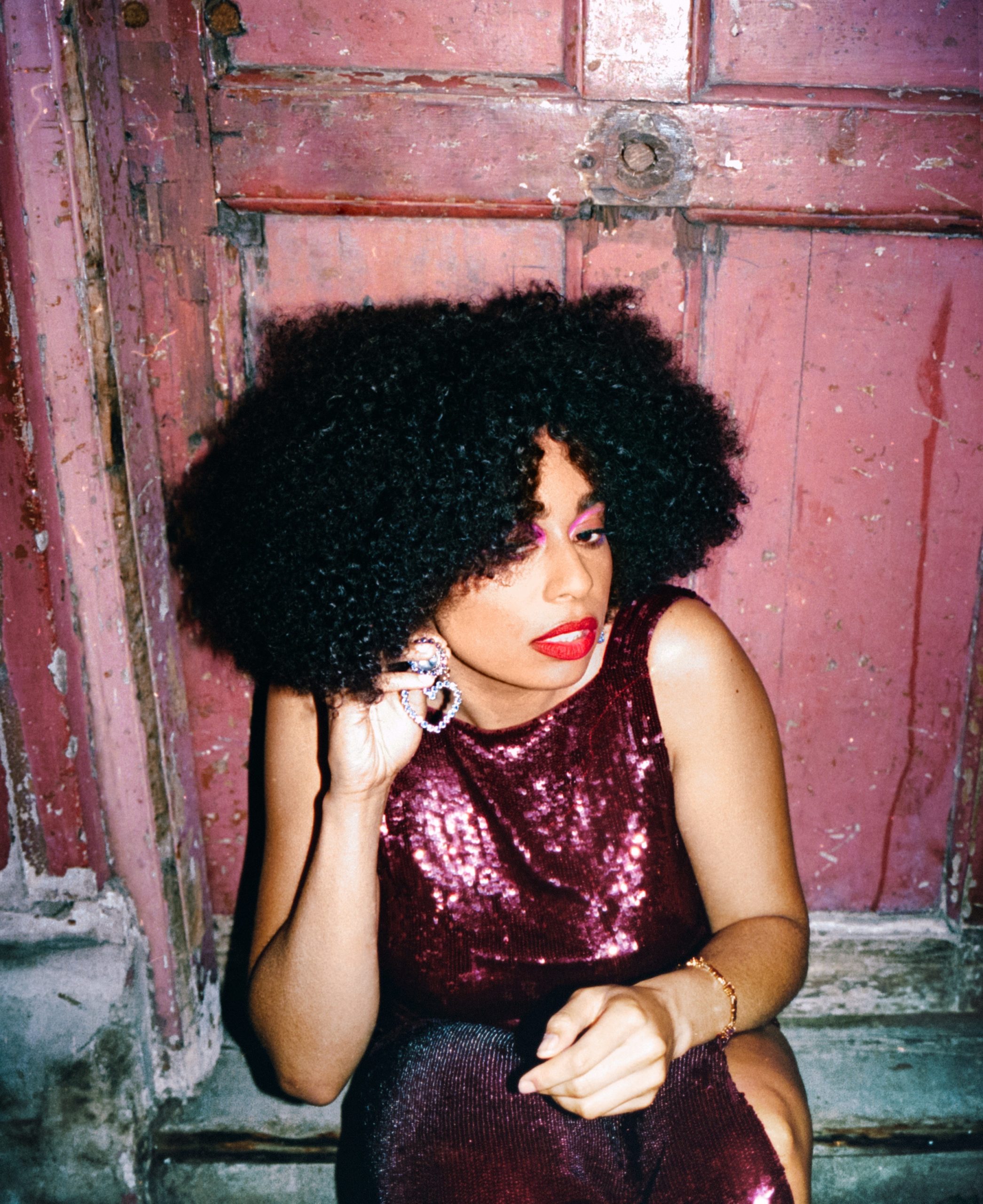 By Jules BoyleFebruary 1, 2021No Comments

In what was a year without much light, one young star shone brighter than all the rest. 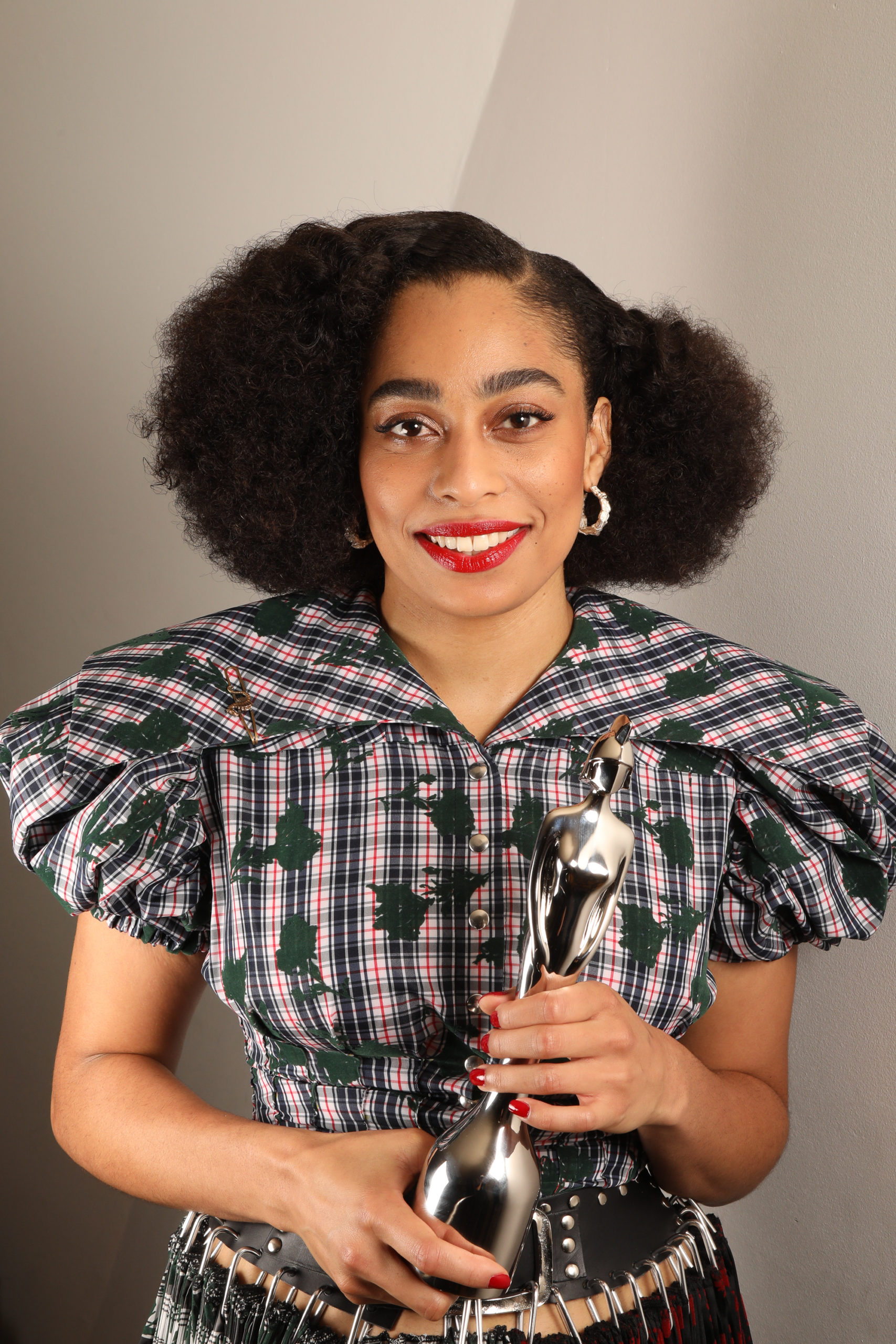 Celeste is one of those musicians that comes along once in decade at best, one who seems to have arrived fully formed as a singer and a performer, but still retains that freshness and endless potential of a young artist.

It was no real surprise to anyone who had come across the British-Jamaican soul singer’s prodigious talents previously when she won both BBC Sound of 2020 and the BRITS Rising Star award early in 2020, but her trajectory since then has been no less stellar.

After working with Golden-Globe nominated composer on Hear My Voice, the focus track for Aaron Sorkin’s film The Trial of The Chicago 7, Celeste also became the first artist to write and record an original song for John Lewis’ Christmas advert campaign, with the stunning A Little Love, while Pixar Studios called her in to lend her vocals to the final track on their latest hit film Soul.

Now, she is finally ready to release her hugely anticipated debut album, Not Your Muse. Over its 12 tracks, we see an artist come of age and not only live up to all that expectation that has been thrust upon them but exceed far beyond what anyone could have anticipated.

For Celeste, it’s been a very organic process, but one with a very clear end goal too. 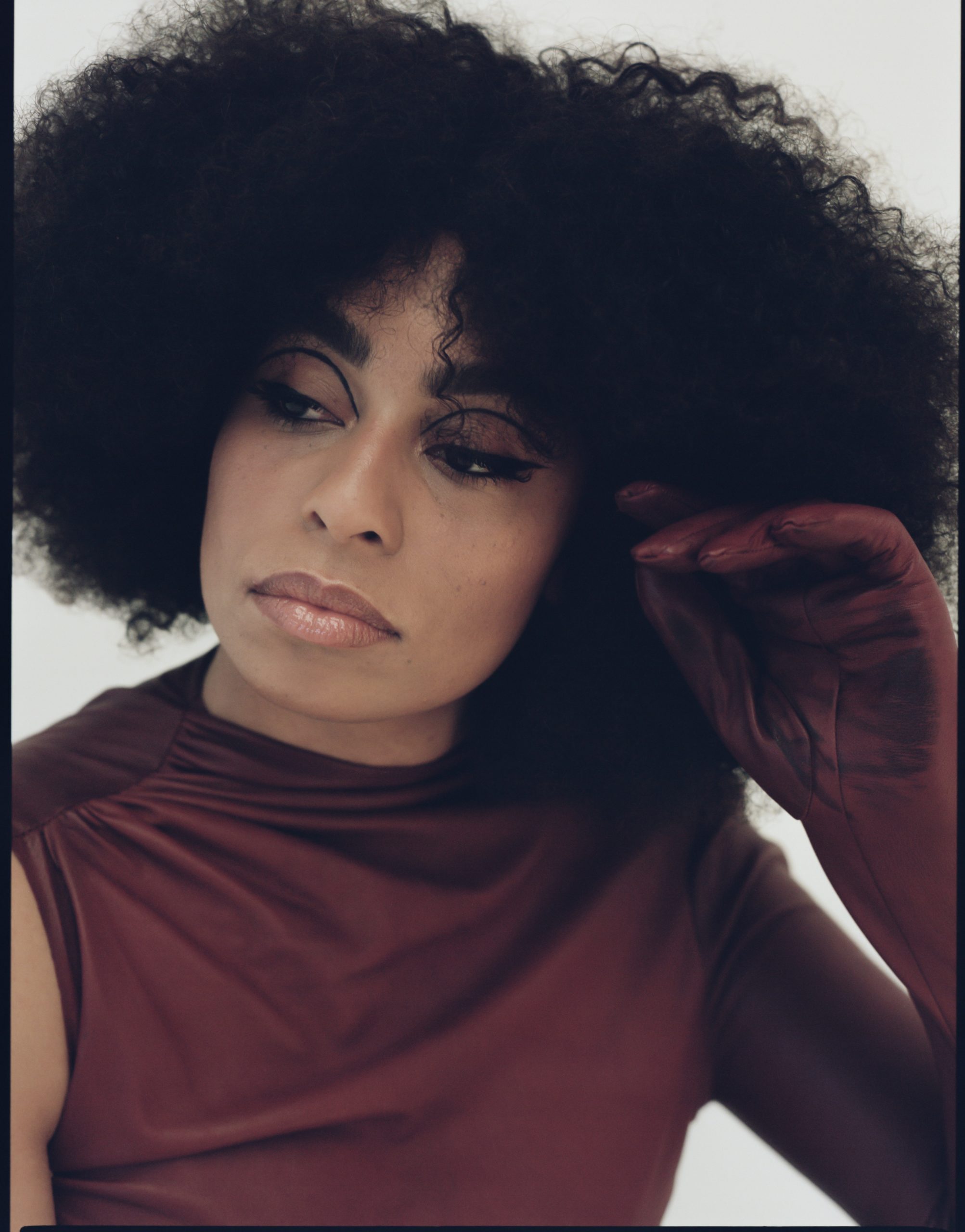 She said: “I knew from the beginning to follow my instincts to try and have a sound that I felt an affinity with, which comes from a jazz and soul world. I didn’t want it to sound too poppy, or similar to whatever the popular sound was at the moment, as that always changes. It was only in the last year and a half or so that I’ve been really focusing on music with an idea that it was going to be on a debut album, though. As it went on, the intention became much clearer, as I had songs that I knew I wanted to be in there, I knew what they said and the picture they began to paint. That let me work out how to fill the spaces that they had left and move it all in the direction that I had intended to, which was to be true to a sound I liked myself and not feel I had to conform to anything else.”

The album might only have been the work of the last couple of years, but Celeste has drawn on aspects and experiences of her whole life so far to bring it to life.

She said: “Some of the songs I’m writing from the perspective of how I felt as a teenager, but through the lens of who I am now all these years later, in that I have been able to process it all. It’s definitely all-encompassing of all those different feelings that I have had over the years but reflecting on them at an older age. I’ve pinpointed certain things from my childhood and teenage years, which has been a really interesting experience. You’re learning more about yourself as you are learning to get those ideas out in a song, too.”

2020 was a difficult year for everyone, Celeste included, but while her first concern is for people’s health and wellbeing, she did her best to make the most of the enforced free time she had during lockdown to both recharge her batteries and make the best album she could.

She said: “It was such an up and down year, where even amongst all that was going on, I had some of the happiest and most spontaneous times I have had in a long time. Even though we had all these new rules and constraints, I found the fact I didn’t have a diary that was set out for the rest of the year and beyond quite liberating. Just simple things like riding my bike around or listening to music felt freeing in a way they wouldn’t have otherwise.

I was supposed to finish the album in March 2020, but everything shut down. I had written most of it, so all I needed to do was go in with my producer and band to go over the last few bits, meaning there wasn’t much I could do by myself but wait. What happened though, is I started looking at ideas I hadn’t finished from before starting work on the album and it became apparent they were the missing ingredients that I needed for the album to feel right. I put a lot of work in to get them ready and wrote lots of lyrics during that period when we couldn’t get into the studio, so in that respect I tried to make the most of the situation.” 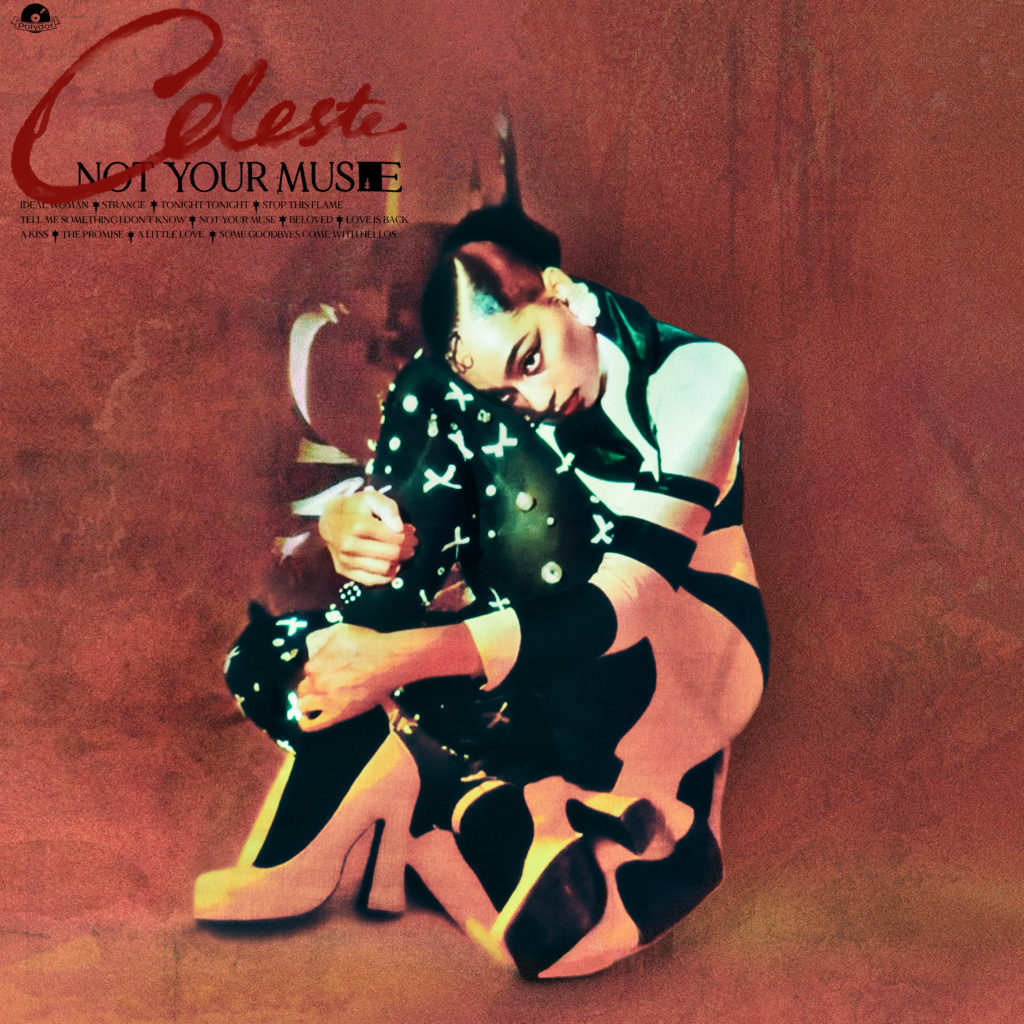 Those BRIT and BBC accolades have undoubtedly been a huge boost to the young singer’s career and confidence alike, but she’s careful not to get too carried away, either by the praise or the pressure that these things can bring.

She said: “I’m still figuring out what effect those things have had on me, to be honest. Obviously, you are happy and proud to have received them, but in the first few weeks I didn’t really let it phase me, at least. People keep telling you that you are destined for great things, but that’s not something I’ve ever focused on or even thought about, really. It seeps in though and I’ve definitely put that pressure on myself a little bit. I’m never going to think I’m the best thing ever or anything like that and I’m still going to put as much effort into what I do, but I became very aware of that expectation that I had to live up to.”

After The Trial of The Chicago 7 became such a huge worldwide hit, talk turned to the very real possibility that Celeste’s track could be in line for a Best Original Song nomination at next year’s Academy Awards. Again, it’s another huge moment for her if it happens, but until it’s real, she’s not going to overthink it too much.

She said: “To me, it’s really surreal that people are even speculating that it’s a possibility.

“It just came about during lockdown, when Daniel Pemberton asked me if I wanted to pull something together with him for the soundtrack that he was working on. A lot of it was me writing lyrics or recording stuff in my bedroom and sending them to him over the period of a few months, so none of it felt that real.

Also, at the time, I didn’t really know what it was specifically for. Apparently, Aaron Sorkin wanted to use a Beatles song over the end credits, but Daniel while working on the rest of the score, secretly started working on an original song for it. Eventually, the director got to the final edit and realised Here Comes The Sun didn’t work and he didn’t know what to do, which is when Daniel revealed what we had been working on. Up until then it had been a secret plan, so that all just adds to the weirdness and disjointedness of it. It’s interesting for people to speculate on, but making music for film is definitely something I want to do more of, so if I don’t get the nod this time, hopefully there’ll be opportunities in the future where it might happen.”

As for the future, as bright as it clearly is for Celeste, she’s firmly grounded on simpler goals, where she can just be allowed to keep doing what she loves and hopefully take it to more people.

She said: “It’s hard to see what the future will look like these days, but I do know that I am excited to just keep on making music and for the right reasons. I really want to play shows as well. That’s something I’ve really missed, so hopefully people around the world will take to this album and eventually, when everything opens up again, I can go to those places and see their faces. Even if it’s just shows in small pockets around the world, that would be more than enough for me. That’s what I’m craving more than anything else.”

Debut album ‘Not Your Muse’ out now and you can also catch Celeste on one of the following 2022 tour dates: 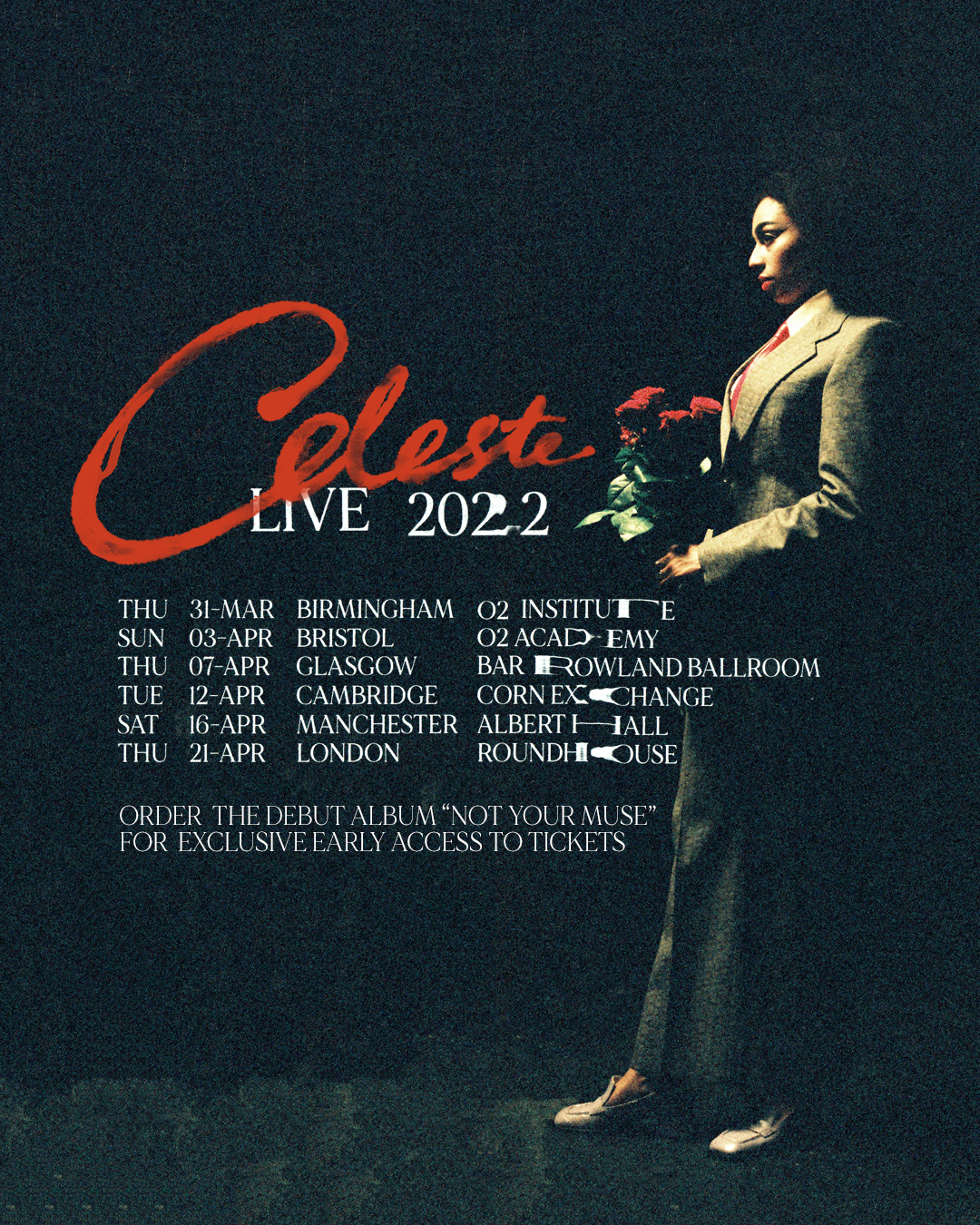