Behind the Scenes at The Nutcracker 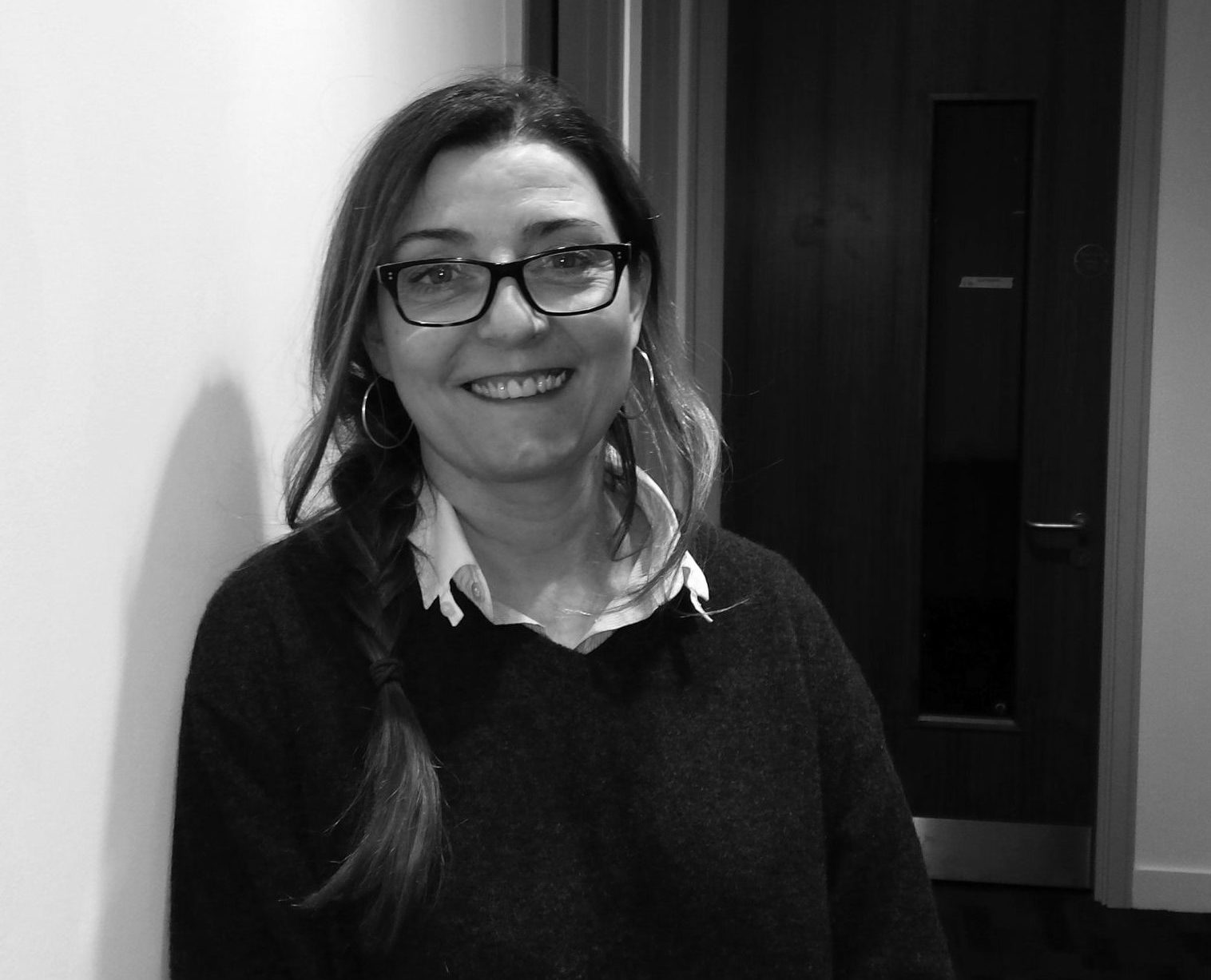 No other stage production says Christmas quite like The Nutcracker. From the Stahlbaums’ beautifully decorated tree to King Rat’s scary midnight world, the enchanting tale has long captivated audiences around the world. The production features Tchaikovsky’s soaring score, a 60-strong Royal Ballet Sinfonia and world-class dancers as they tell this most nostalgic of stories, taking Clara on the ultimate festive journey through a fantastical winter wonderland of dancing snowflakes to the kingdom of the Sugar Plum Fairy.

For anyone lucky enough to have seen it on stage, they will have undoubtedly been mesmerised by the beautiful costumes. But what goes into the preparation of such a famous production? Elaine Garlick, BRB’s Head of Costume, gave us a glimpse into the magic that goes on backstage and revealed her favourite costume from the show. 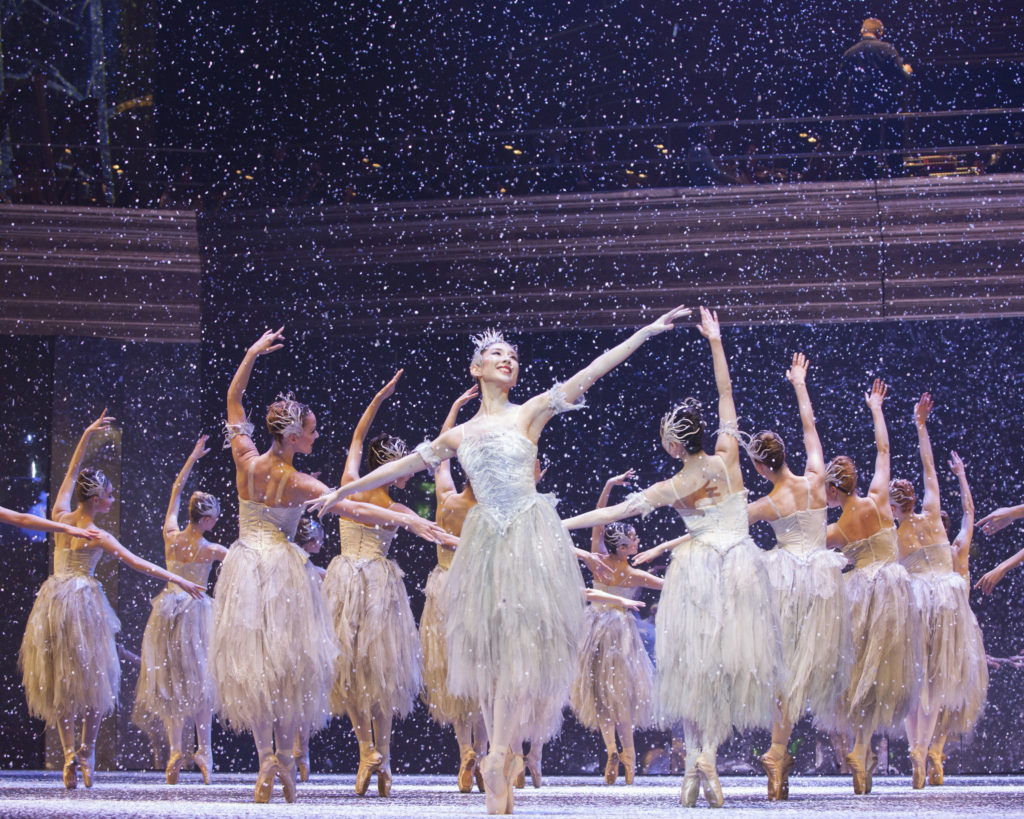 Yijing Zhang as the Snow Fairy and artists of Birmingham Royal Ballet in the Waltz of the Snowflakes. Photo: Andrew Ross.

How did you get into the costume industry? I actually got into it via fashion, but it became pretty apparent it wasn’t where I was heading, so I then went into cutting and making. After this, I started with regional rep and ended up at the Royal Opera house. I did running wardrobe for a while and then slowly got into revival supervising, so naturally went into new productions. By the time I left, I was Senior Costume Supervisor, doing all the big productions there.

You’ve been a costume supervisor for more than 20 years; are there any shows that stand out for you? Oh gosh I’ve done loads, I was at the Royal Opera House for such a long time which focused on opera and ballet productions; at the time all the new productions at Birmingham Royal Ballet were done there, created there and then brought here so my first work with BRB was produced there. I’ve worked with David Bintley, I’ve done Beauty & The Beast, Aladdin, and lots of other things.”

You’ve mentioned opera and ballet; are there different demands for the different genres? Yes there are: the opera is pretty static, you may have a double set principal, but generally your chorus is your chorus and if one of your chorus is off they may sing with a voice down, whereas obviously with ballet you can’t leave one dancer off the end of the line. And with the casting of ballet, what you see is one dancer on-stage, six on the rail back-stage, so the actual number of costumes needing to be produced is a lot higher. In terms of the dancer’s demands, there are specialist costume makers who are experienced in dance. They also take a hammering like no other costumes because sweat is corrosive so will tarnish anything sparkly, and metals will oxidise. So, in order to allow the actors to do what they need to do without the costumes being damaged, we use a skin layer underneath that is able to be washed in-between shows.

In terms of Birmingham Royal Ballet, you’ve been Head of Costume since 2015 – why did you choose to come here? I’d worked with the company anyway so knew itcompany well and the opportunity came up. It’s an opportunity that doesn’t come up very often so I couldn’t say no.

Have you had a favourite production from Birmingham Royal Ballet? I mean The Nutcracker is stunning, it’s an extraordinary piece of work and it’s about to undergo a massive revamp for next year and it’s just an incredible production, it is – in my opinion – the best Nutcracker in the whole world, it’s just beautiful. The set designer John Macfarlane is the absolute best; it’s no coincidence that BRB are still running it. A lot of the costume designers are freelance, and they will have worked on The Nutcracker all over the world, but will still say ours is the best.

What is the process you undergo for supervising the costumes? The initial step is working with a brief of roughly what will happen in terms of acts, costume changes, block groups etc. Then, the next step is to look at some draft sketches because you need to know if the dancers will be in period, or tutus, or stretch – then the big thing is finalising. We usually run through seven different drafts until everyone’s agreed. You always start off aiming for absolutely everything, and this is part of the creative process. It means you can think through ideas, what goes, what stays, how to achieve it.

How would you approach doing a traditional ballet like The Nutcracker over a modern ballet? Something as grand as The Nutcracker requires a lot more time, for instance not everyone can make a tutu that is good enough for Birmingham Royal Ballet! But we would still approach every production in the same way, it’s just the timeline is different. However, one thing we have to take in to account is if you’re building a show that will still be on stage in 20 to 30 years, we can’t use fabric that we won’t be able to get again next week. When it comes three years down the line, and the dancers may be taller or we need to add to the set of snowflakes, we can’t put a mismatched one on the end – every costume has to be identical. So, we use a lot of base fabrics and then will use a lot of techniques to work into them, whether that is dyeing, embroidery, cutting, appliqué as these are things we will always be able to get our hands on. 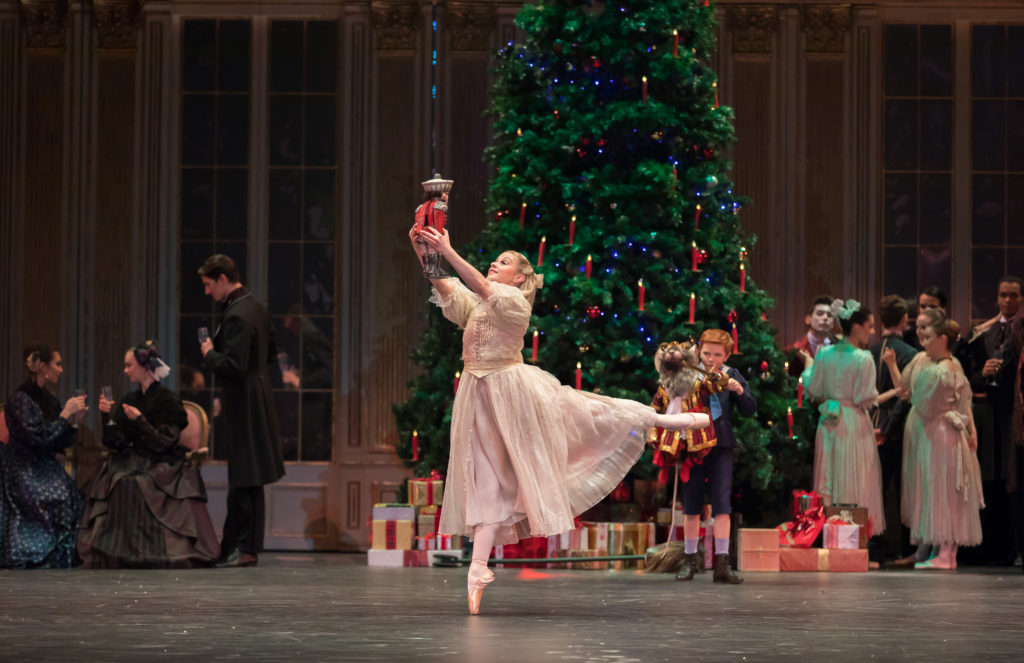 Laura Day as Clara in The Nutcracker; photo: Andrew Ross

In terms of the actual costume department designing for something as iconic as The Nutcracker, are there any opportunities to alter costumes or would the costumes stick with the influence of previous productions? Every performance has got to be identical, year after year. You cannot touch it because it’s a designed production with world-class designers. At the end of every show, we will produce a ‘bible’. This is breakdown of where all the fabrics came from, what treatments happened to them, what the lengths are, so we don’t have to estimate. I could be bringing out a show I’ve never seen in my life, so the bible should be able to depict what I need. Some of our bibles are so old, some are hand-written, and some are typed on a typewriter.

In terms of The Nutcracker, have you got a favourite costume? I guess most people you ask would probably say the sugarplum fairy, but I personally like the mother – the work that goes into her costumes are beautiful, just beautiful.

Can you offer any advice for someone looking to enter the costume industry? Just do it! It’s hard work, but if you really want it and you really love costume, you’ll find a way through. I mean I’ve been doing this for a very long time, but I still love fabrics – I couldn’t tell you how much I love fabrics. I love the drape or the colour, and I don’t think I’ll ever fall out of love with it. I’ve got loads of fabrics at home, which I’ll probably never make anything out of, but they’re there because I love them.

The Nutcracker opens at The Birmingham Hippodrome on Friday November 19 and runs until Saturday December 11. For more details and tickets, click HERE.