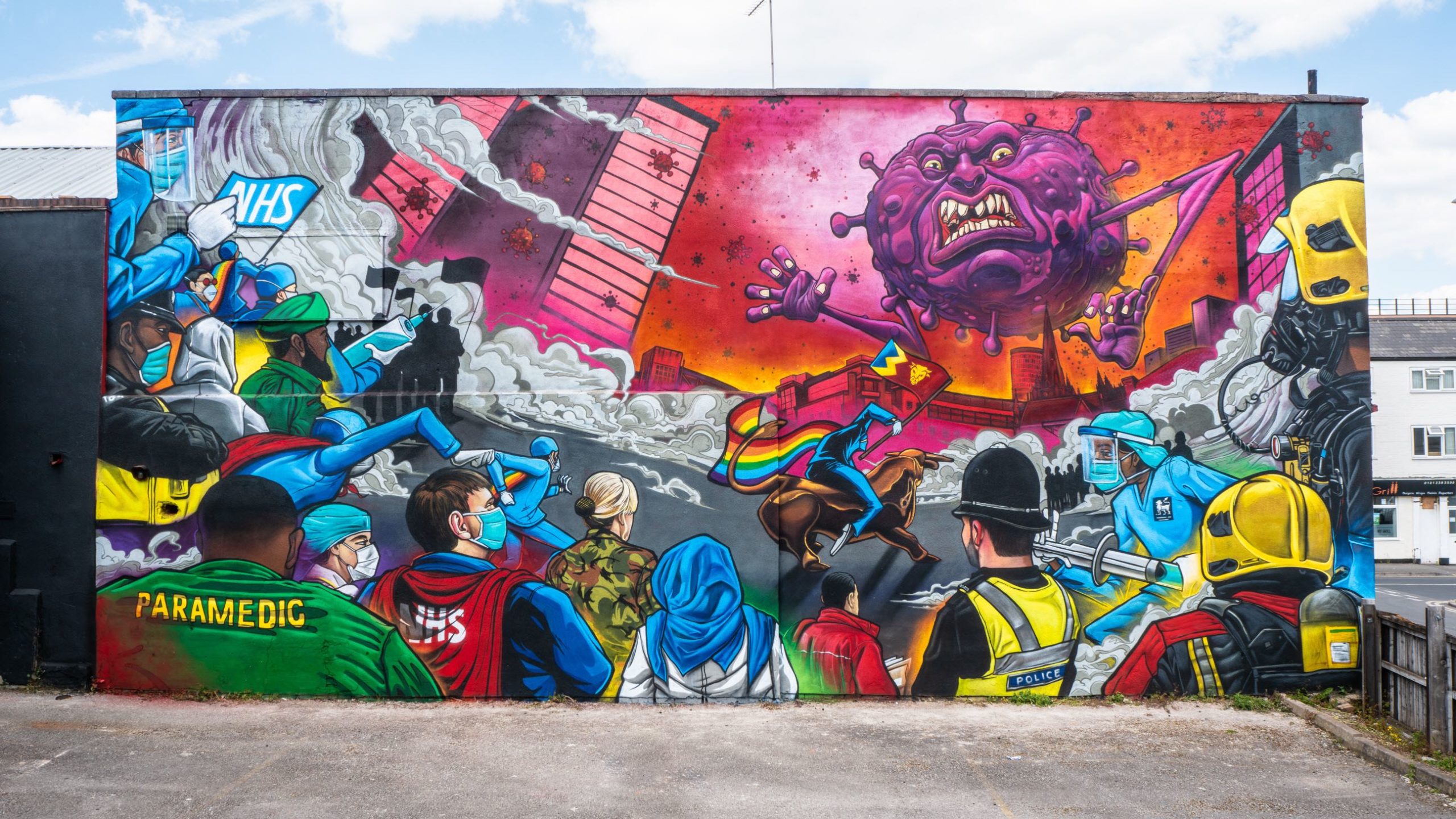 When Art And Charity Collide

By Jo GreenSeptember 16, 2020No Comments

art4charity began, in many ways, as something to do during lockdown. In terms of prospects, few across the UK have suffered as much as creative professionals. It’s no secret that Birmingham and the surrounding areas are home to some of the nation’s most exceptional talent. There was plenty of thumb-twiddling and a lot of sitting on hands.

However, two business leaders from Birmingham, Paul Cadman and Nathaniel Hanna, refused to accept that this would be a significant hurdle for the city’s creative industries. Instead, they set about assembling a team comprising some of the area’s finest talent, led by internationally renowned graffiti writer Gent 48.

While it was easy to become embroiled in the negativity, art4charity sought to bring Birmingham together, creating artwork that will stand the test of time, and put the region’s creative talent front and centre. What better way to launch the initiative than with a direct COVID response?

The first project, entitled Forward in Unity, was outlined and planned with the explicit intent of celebrating the fact that Birmingham does not fold under pressure. As the home of some of the world’s most renowned hospitals and medical staff, and allied with an indomitable spirit, Birmingham was as close as possible to being prepared for the unexpected. 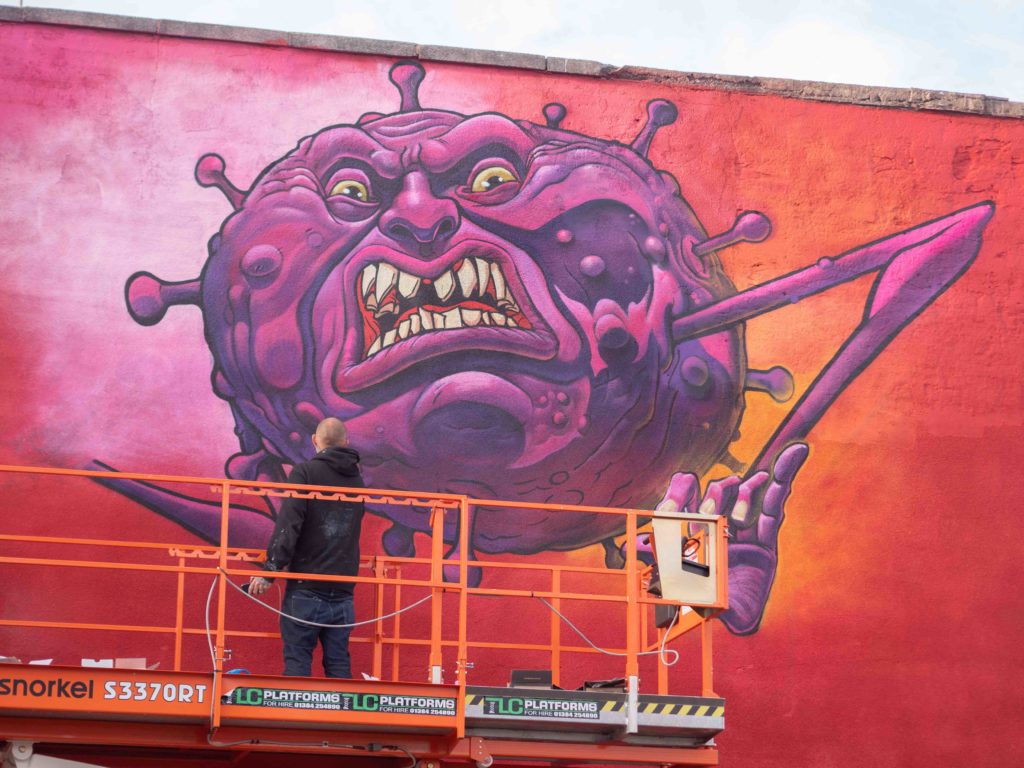 You can view ‘Forward in Unity’ on Meriden Street in Digbeth

The finished artwork serves as one of the city’s must-see attractions, on Meriden Street in Digbeth. Work is well underway on converting the piece into prints, with many of the biggest names from across the region contributing their signatures to limited edition artwork. While the unique coronavirus situation will live long in the memory, Birmingham creatives wished to mark the unprecedented event, while launching a sustainable initiative to ensure the city possesses the resources to move Forward.

Far from a one-off, art4charity has already completed its second project. Working, once again, with artist Gent 48, the initiative was responsible for the Record Breakers mural at St Andrew’s, home of Birmingham City Football Club. The piece celebrates the city’s generational sporting talents. It features Trevor Francis, the UK’s first million-pound player, and Jude Bellingham, the Blues’ youngest ever goalscorer and recent Borussia Dortmund signee.

Fundraising is crucial to art4charity’s creative initiative. Through both projects, they have and continue to raise substantial funds for the Lord Mayor’s Charity in Birmingham and other major charitable entities, including Acorns Children’s Hospice, SIFA Fireside and St Mary’s Hospice.

The initiative aims to continue to bring together the cream of creative talent in Birmingham and to utilise it to ensure that organisations throughout the region are well-placed not only to survive but to thrive and play an integral part in the future support and development of the area. With further projects under discussion, and through the continued support of artists, photographers, videographers and many more professionals from the West Midlands, art4charity seeks to bring together the famed talent and generosity of the region to ensure emergence from unusual times into a prosperous future.