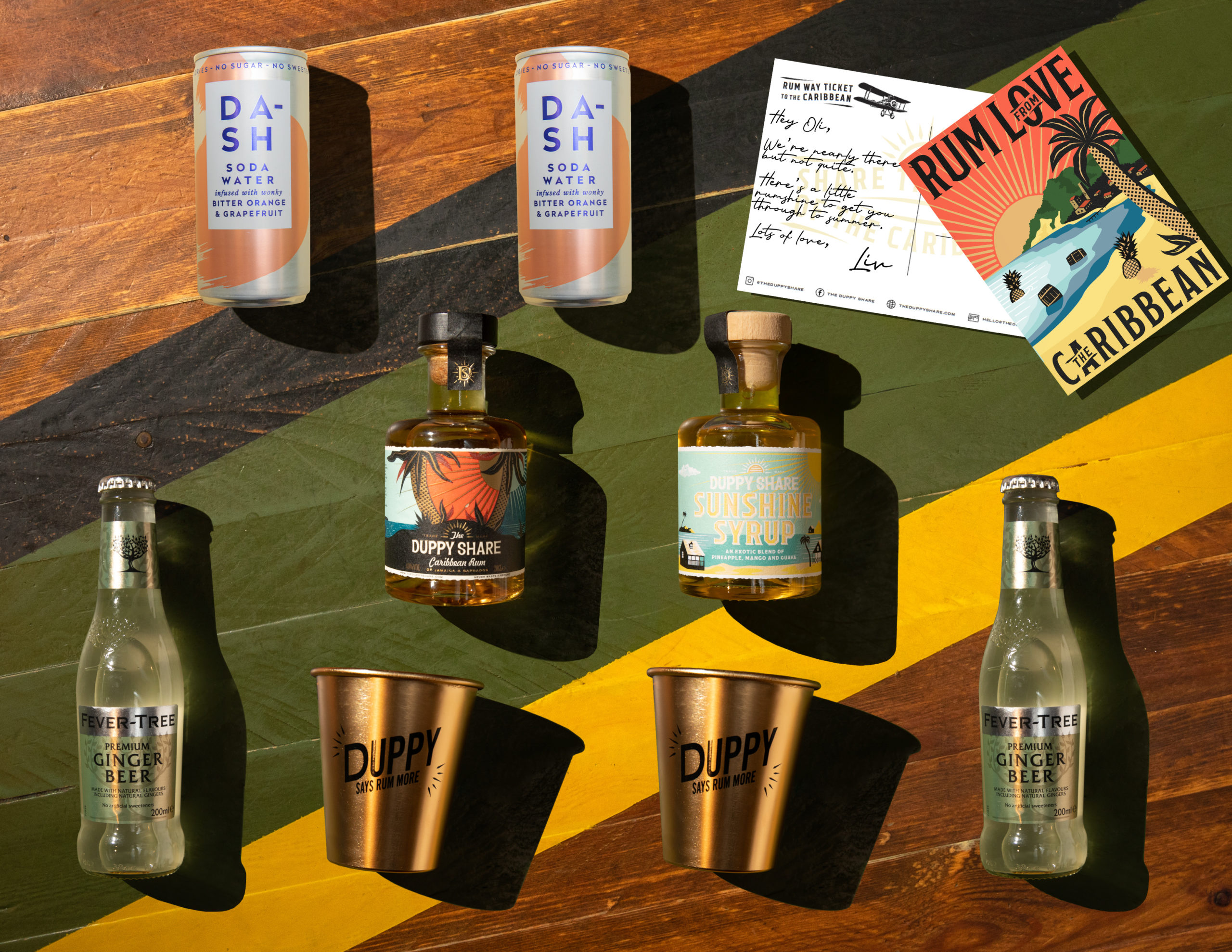 By Andrew RileyMay 4, 2021No Comments

At Style Birmingham we love a little tipple or six, so here, we’ve rounded up some of our favourite alcoholic drinks right now.

Including a fine wine collection from pop princess Kylie, to premium vodka distilled in Wolverhampton and very neat rum kits, we’ve been lucky enough to try them all (hick!). Birmingham is perhaps little know for its brewing and distilling ingenuity, so you’ll be pleased to discover a few drink brands either brewed or distilled in and around our city. So if you like our recommendations, show your appreciation and buy a bottle (or two). But remember, drink responsibly kids! 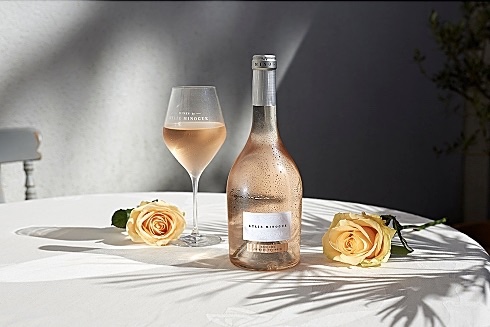 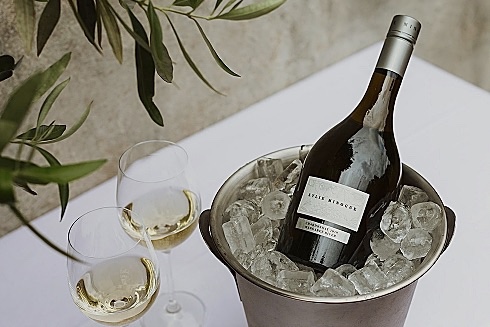 Having sold over 80 million records and topped the UK album chart in five consecutive decades, the “Princess of Pop”, Kylie Minogue OBE, has now become the princess of popping corks. Her eponymous wine range burst onto the scene in 2020 and sold more than a million bottles within its first year. The multi-award-winning singer, songwriter, actor, philanthropist, breast cancer awareness campaigner, style icon and now Creative Director of a highly successful premium wine brand, has been “unbelievably humbled and thrilled by the global response to Kylie Minogue Wines.”

Let’s face it, we’re all counting down to June 21. In the meantime, you can bring summer forward with The Duppy Share’s brand new Sunshine Syrup rum cocktail kit. The Duppy Share’s aged rum is sourced from two of the most prestigious distilleries in the world, it blends rums from the Worthy Park distillery in Jamaica, and the Foursquare distillery in Barbados. The blend combines a three-year-old heavy, pot still rum, which brings the fire and tropical notes, whilst a smoother five-year-old, buttery column-still rum counterbalances this with the subtlety and refinement that only Barbadian rums have.

The Sunshine Syrup kit is available in two sizes; both contain The Duppy Share’s brand new Sunshine Syrup made with tropical pineapple, mango and guava, two branded gold cups, and a selection of mixers from Fever Tree and Dash. The £25 pack contains a 20cl bottle of The Duppy Share Aged rum and the £40 pack includes a 70cl bottle.

The Sunshine Syrup kit comes with three bespoke cocktail recipes: The Bright and Breezy, Glow-ito and the Duppy Daiquiri: the rum classic that is liquid sunshine in a glass!

The Sunshine Syrup cocktail kit is available exclusively online HERE  and via Not On the High Street. 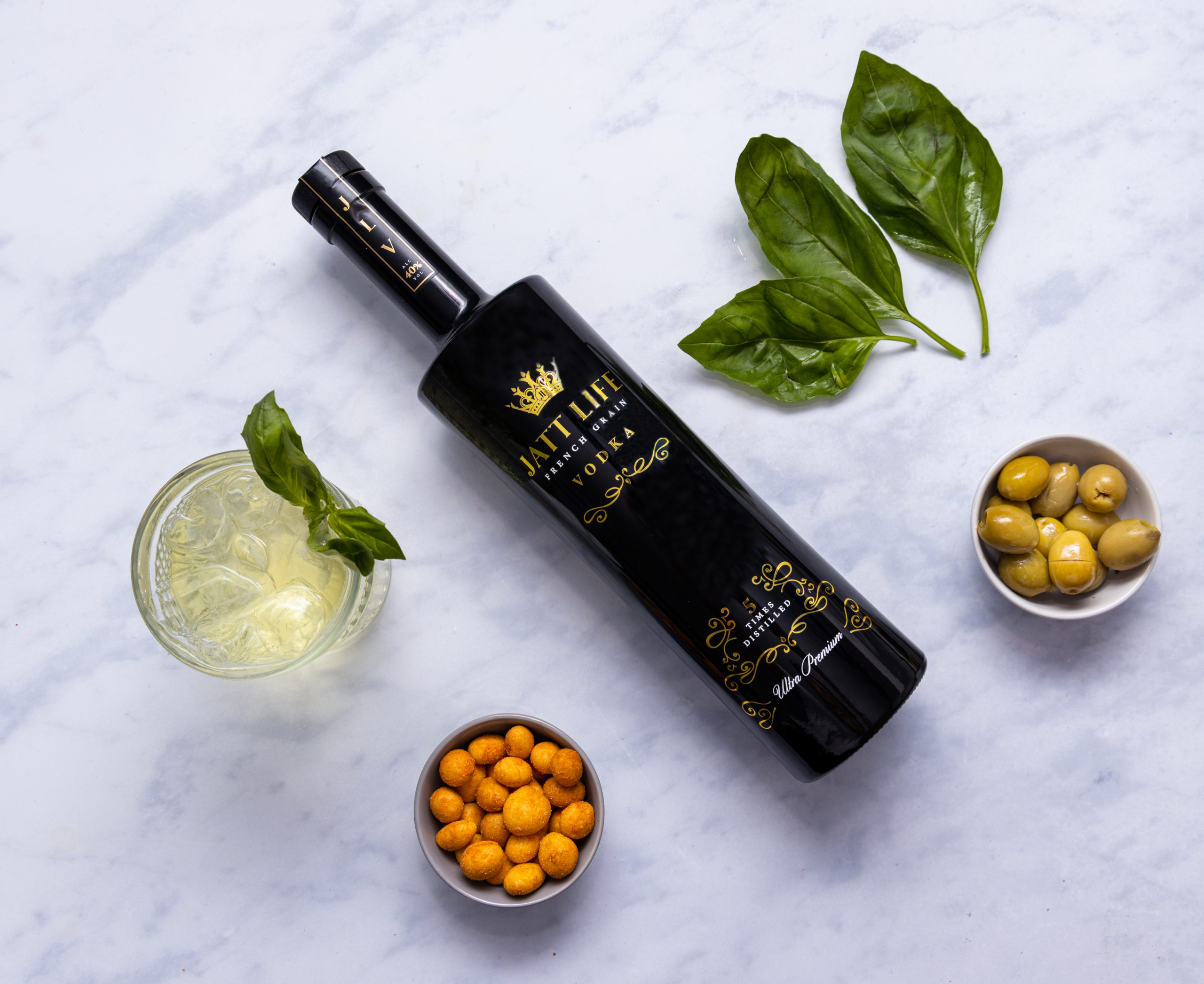 The owners of this Wolverhampton-based ultra-premium UK vodka brand recently reached their 1st anniversary, even after overcoming huge challenges to get their new venture off the ground during a global pandemic. Baz and Sunny Kooner, both from Wolverhampton, say they are now looking forward to what 2021 has to offer after they launched their vodka, Jatt Life, just days before lockdown started in March last year.

The couple, who already run a string of successful dessert parlours, sell their product all over the UK and even in New Zealand, having now released three different varieties – their original five-time distilled vodka, an orange and pineapple flavour and a forest fruits flavour – as well as an Irish whiskey and their own gin, called Jatti Gin.

Jatt Life began its rapid rise during early 2020 by embarking on a social media campaign featuring supercars, glamorous locations and a host of celebrity influencers, including stars from The Only Way Is Essex and Ibiza Weekender – and has since featured on Sky TV and in Vogue magazine to name a few. Baz and Sunny also recently signed a deal with Birmingham-born rapper MIST, whose hits include ‘So High’ with Fredo, and international DJ and YouTuber DMO

You can shop JATT LIFE HERE 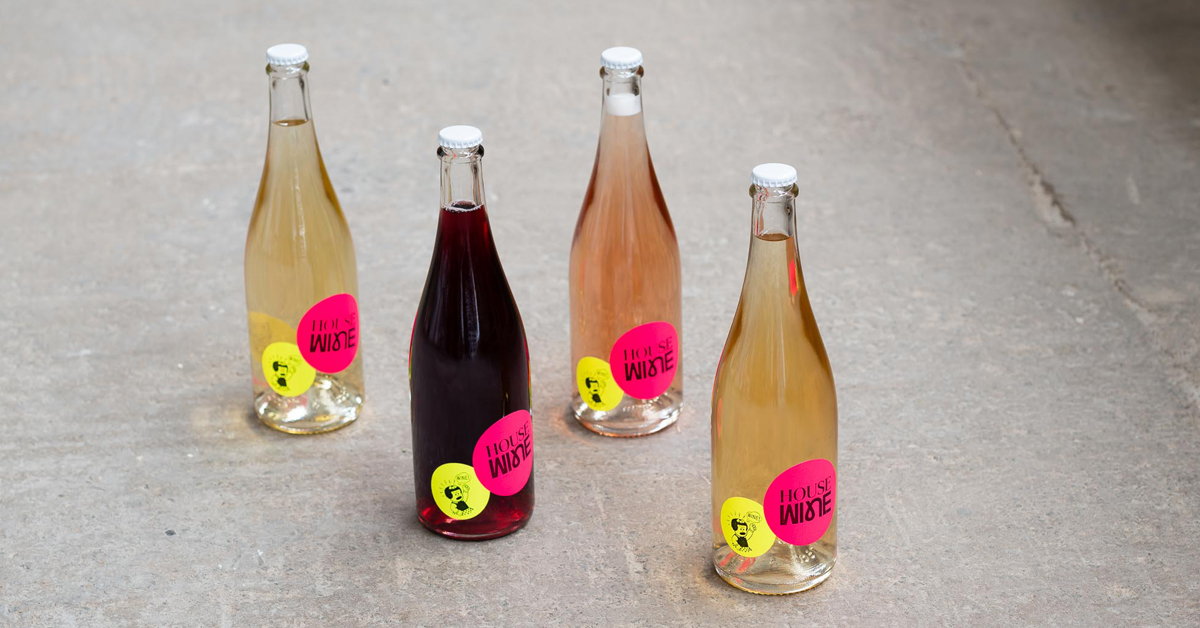 Birmingham based natural wine specialists, Wine Freedom, have launched a subscription ‘house wine’ service available across the UK. Delivering freshly bottled natural wine on a weekly or monthly basis that is designed to bring wine-lovers ‘closer to the vineyard’. Subscribers can drink and enjoy handmade, organic and sustainable wine at home without leaving the house. Bottled from kegs, ‘House Wine’ launches with four wines: Secateurs Chenin Blanc, Triennes Rose, Beaujolias ‘Kanon Keg’ and an orange wine, Frisach Lo Pateret. New wines will be introduced on a monthly basis.

Wine Freedom use key kegs which are a more stable vessel for transporting wine, minimising contact with oxygen for maximum freshness, with little to no need for preservatives and are vegan friendly.

Wine Freedom are offering 50% off first orders to those who Sign up here, and free delivery and collection/recycling of bottles within a ten mile radius of their Floodgate Street, Digbeth Head Quarters. 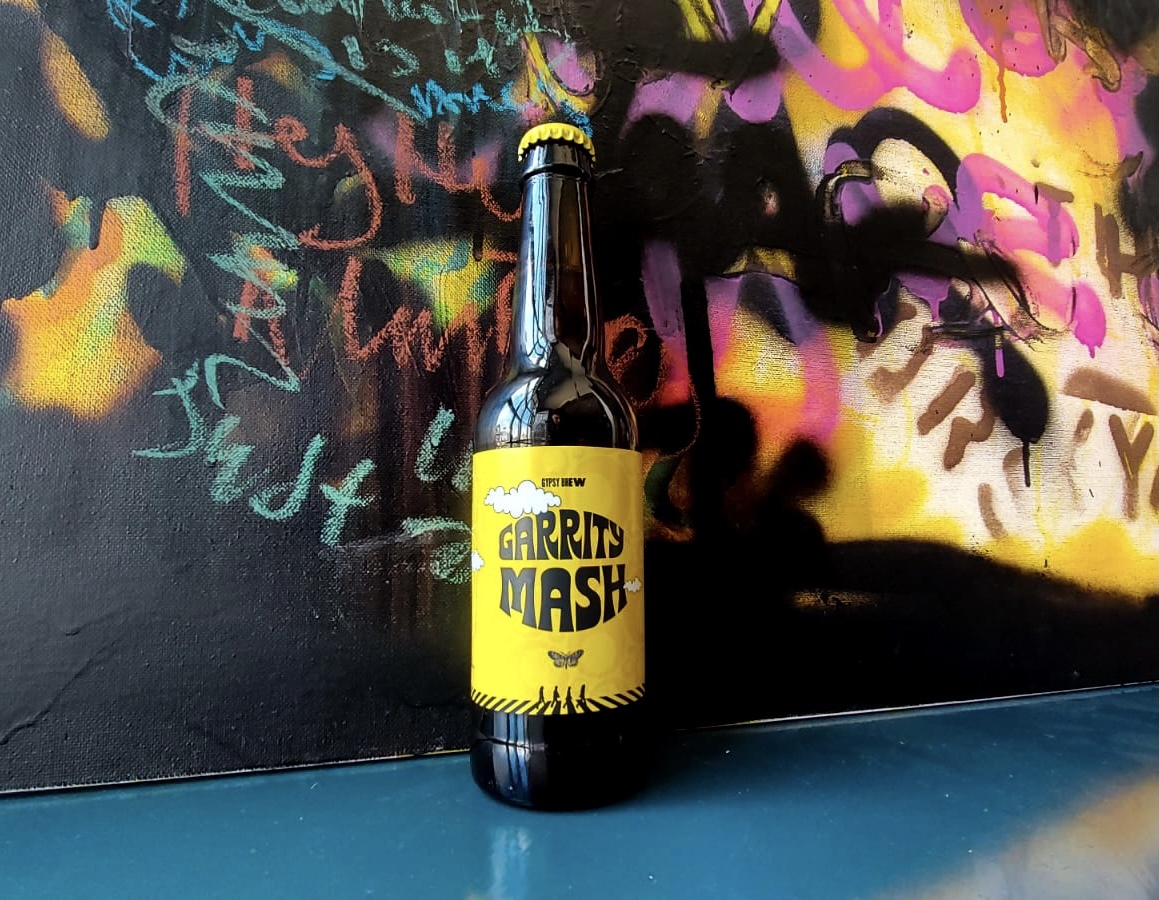 Expertly crafted at a quaint brewery in Weatheroak Hill, Garrity Mash is a tropical fruit 3.9% ABV Session Pale Ale, packed full of juicy notes of mango. Offering a refreshing burst of complex vibrant flavours, Garrity Mash is now available to buy from the Gypsy Brew website and promises to be a crowd favourite as the warmer weather approaches.

Despite launching its first beer, Gypsy Water, just three months ago, Gypsy Brew has already generated significant buzz within the regional hospitality scene as Artisan Street Kitchen’s Andrew Sheridan and his team are set to serve up Gypsy Water alongside premium dishes in the coming months. Likewise, the independently-produced beer will also be stocked at critically acclaimed restaurants such as Simpsons and AboutCraft.

Garrity Mash is available to buy from the Gypsy Brew website in packs of up to 24. Find out more about the brand, and its range of craft beers, HERE 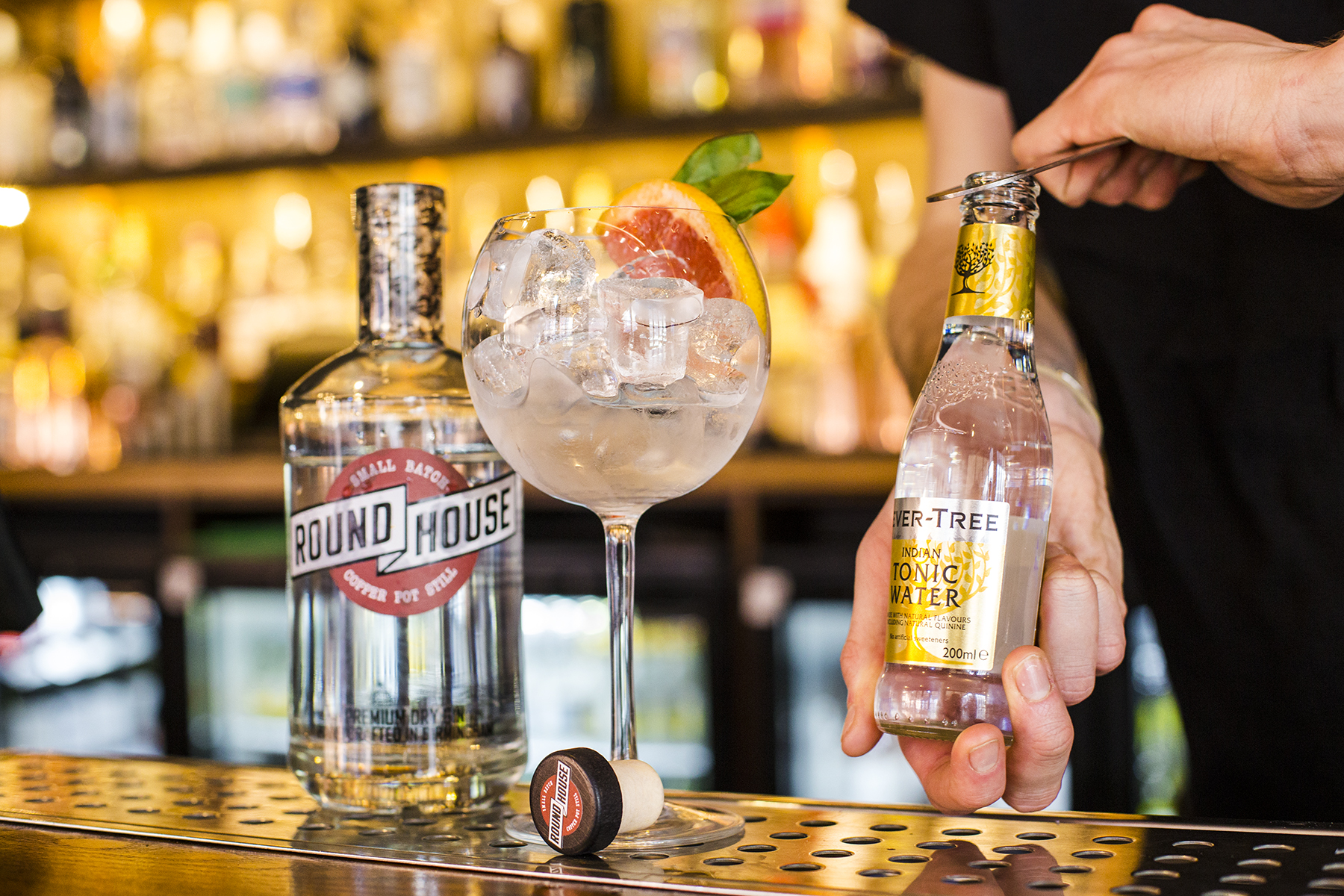 It’s perhaps a little know fact that Roundhouse Gin is distilled at Birmingham’s newest distillery and is just a short walk away from Brindleyplace, where you can find some of the area’s finest bars and restaurants. One of the most popular venues, The Distillery, is also home to the city’s first gin ,which is now also served in over 20 bars across Birmingham. You can expect citrus notes through the use of grapefruit oil and lemongrass and sweet, long lasting flavours made up of liquorice and cassia.

Besides producing the small batch gin at The Distillery, they also offer guests a bespoke gin making experience where visitors are taken on a journey – first touching on the history of gin, to an depth look into the world of distilling, including expert knowledge on a wide range of botanicals and their flavour profiles and of course a supervised demonstration in the art of distilling.