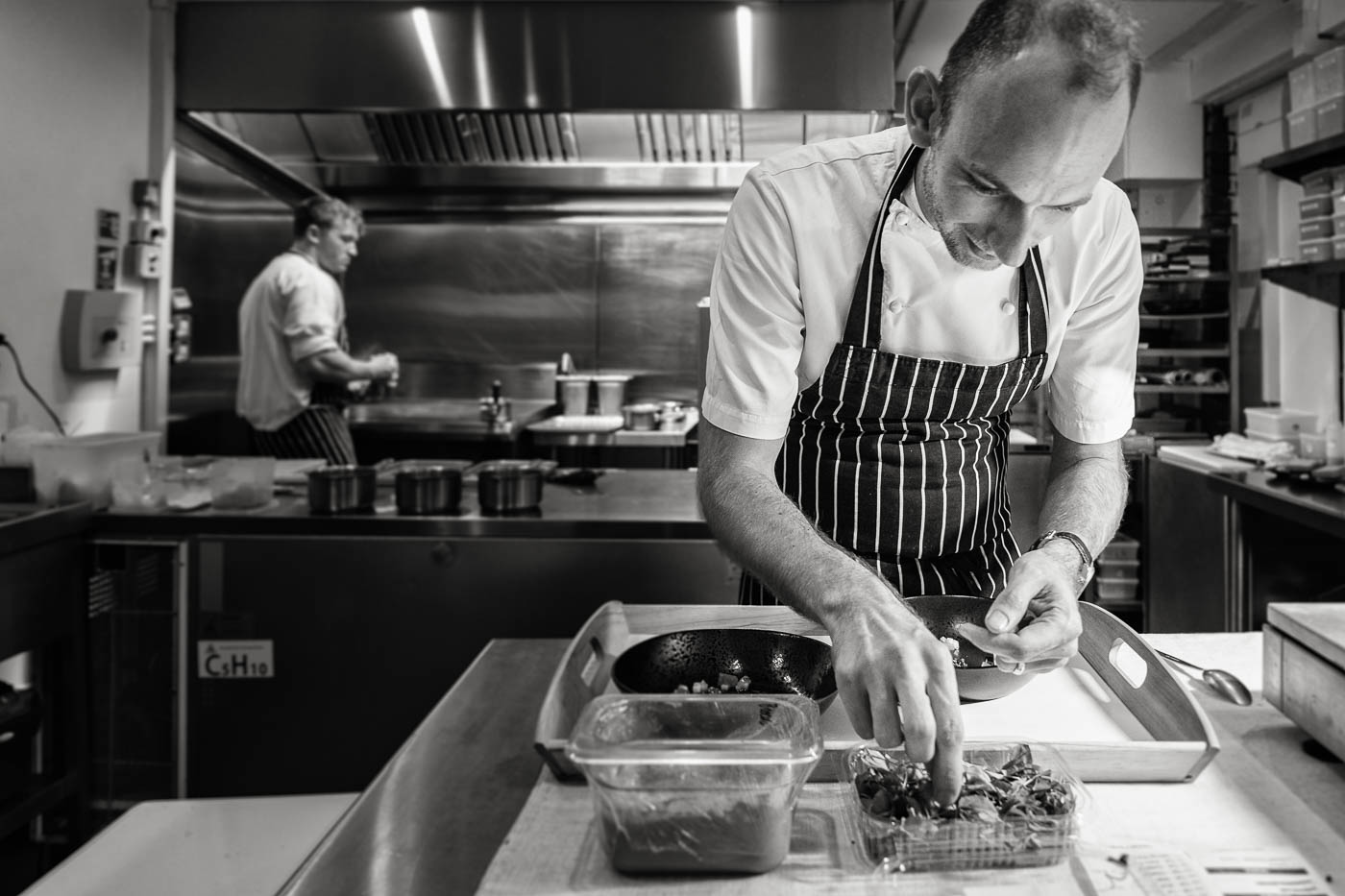 Appearing on BBC2’s Great British Menu can be a gift for upcoming chefs. It helped Glynn Purnell become a household name and aired Aktar Islam’s talents to a wider audience. 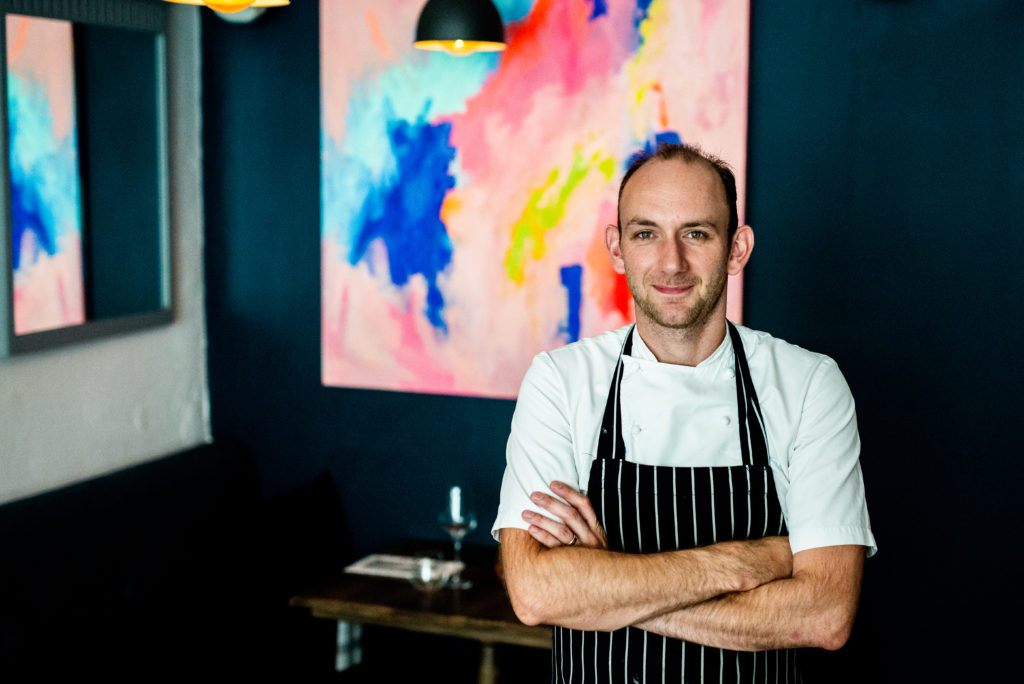 The latest Midlander to impress is Staffordshire-born Stuart Collins, who won the Central heat with creative dishes including a fish dish recreating the Black Hole and a chocolate dessert inspired by the inventor of Tarmac. Not to mention coining the new phrase “No drama, baby llama”.

Stuart reveals how on the first night of appearing on Great British Menu, the website for his restaurant Docket No.33 got 150,000 hits – even 10,000 hits would have shocked him, he confides.

Reaching the national final propelled his business further as Docket No.33 is now fully booked until February next year, making a table one of the most sought-after in the region. 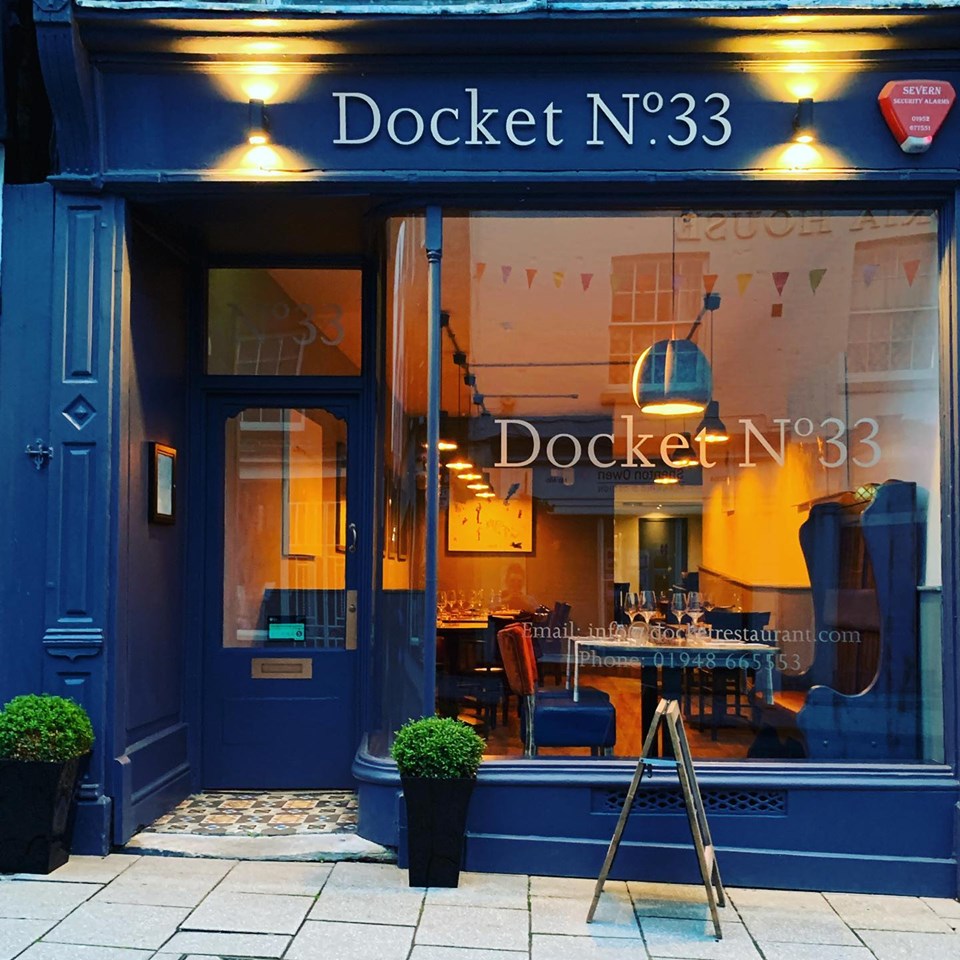 No stranger to Birmingham, Stuart was guest chef at Craft’s Great British Menu BBQ event in May alongside his friend Andy Sheridan, who was once his sous chef when Stuart was Executive Chef at Abode in Chester.

This is the city where Stuart’s father and grandfather grew up – in Small Heath – and where he learned his skills at University College Birmingham (UCB), before heading off to work with the crème de la crème of culinary talent.

First was Gary Rhodes but soon after came Michael Caines at Gidleigh Park and Gordon Ramsay, for whom Stuart was his head chef at Maze and went on to set up Gordon’s New York restaurants.

Qatar and Chester followed but now back in the Midlands, Stuart has his own restaurant – Docket No.33 in the leafy Shropshire town of Whitchurch. It’s there that I chat to Stuart and his wife Frances over coffee about the Great British Menu effect. 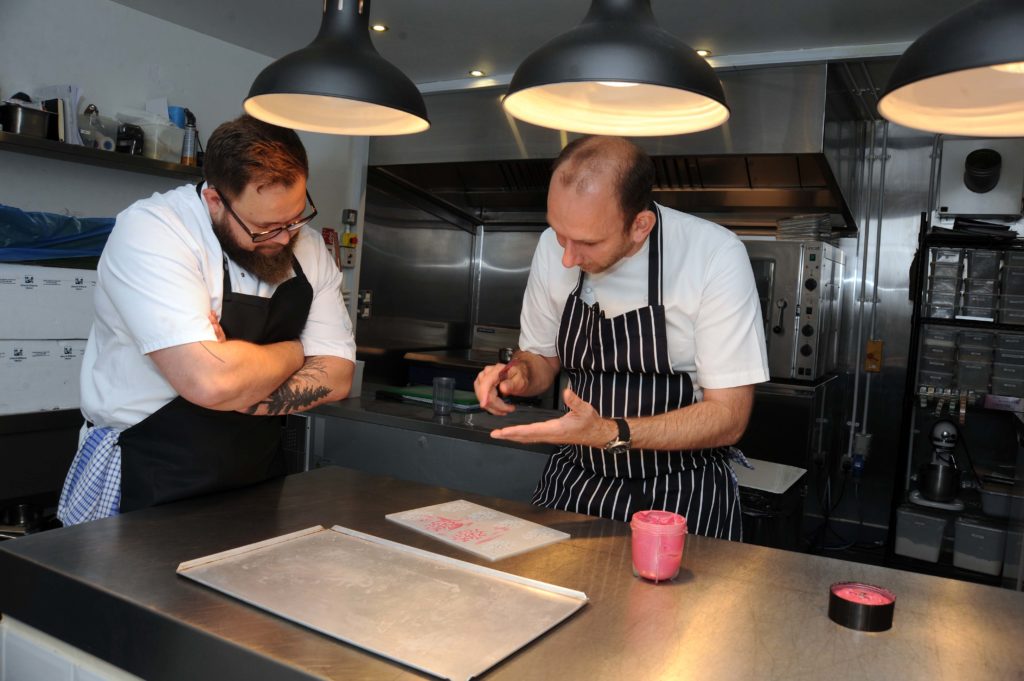 “Great British Menu is huge and you wrestle with what good or bad things could happen,” admits Stuart. “You don’t want to go on and get a bunch of 2 marks as that could do bad things for you.

“It’s a very pressurised environment as they want the best results. We didn’t realise quite how big it was going to be and the number of web hits we had in one night was just incredible. It’s such an amazing thing to be part of.

“The judge Matthew Fort described my dish as being the only one that celebrated the region and I’ll take that all day long,” smiles Stuart, who is an advocate for using locally sourced seasonal produce. “Part of me being based in Shropshire is that there’s an abundance of local suppliers and we’d be foolish not to capitalise on that.”

His dishes from the show, which this series had a theme of British innovation, included a ‘Dissected Maps’ main course featuring delicious local ingredients on a map of the region – Evesham broccoli, rose veal from Staffordshire, beer from Walsall and Vitelotte potatoes from Shropshire. That dish is among those now on the Sunday menu at Docket No.33, a stylish restaurant decorated with abstract paintings by Shrewsbury artist Sam Pooley Stride. 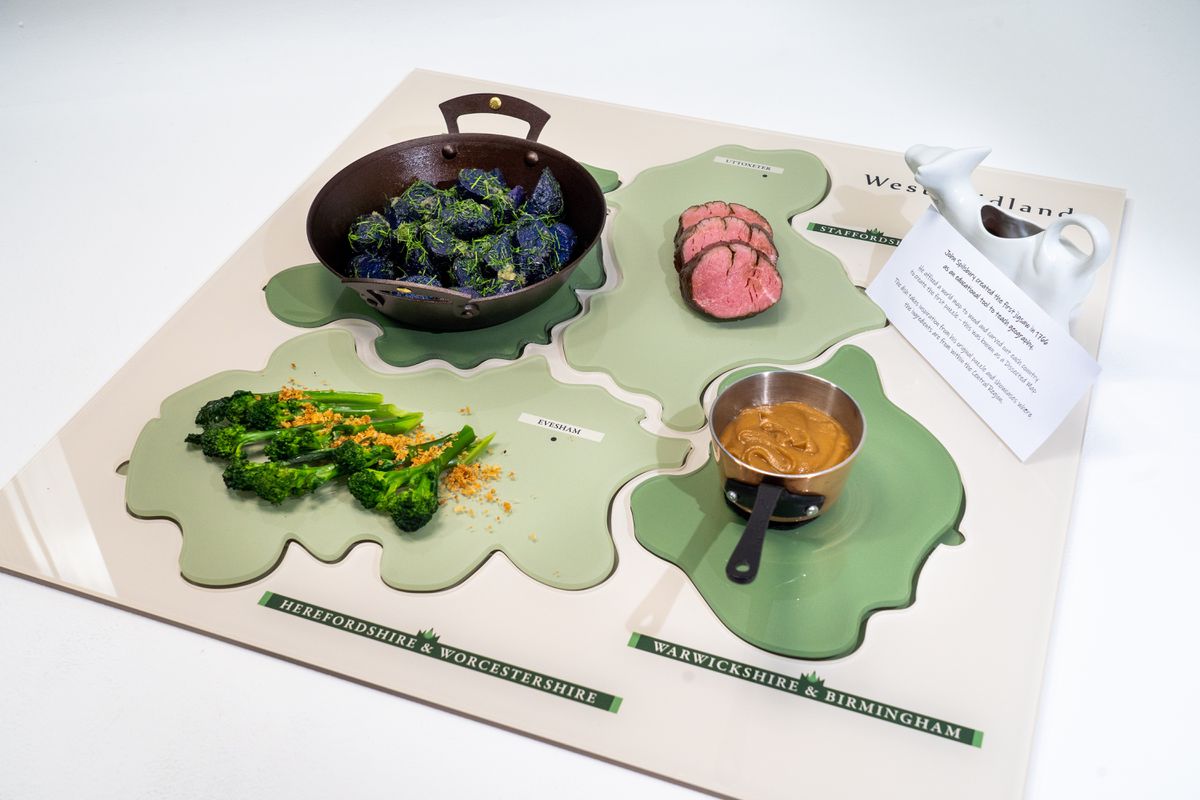 The TV show has come at a good time as lockdown was a tough period, as with all in the hospitality industry. Support from regulars in Whitchurch was a lifesaver after Stuart set up dine at home boxes, which sold out within minutes each week. One customer even picked his up wearing a tuxedo in preparation for a date night.

“If our customers hadn’t bought the at home boxes, we wouldn’t be here today,” explains Stuart, whose restaurant became Michelin recommended and received a Michelin plate in 2020.

“Straight after leaving UCB 20 years ago, I went to London as there wasn’t the strong Michelin star restaurant scene in Birmingham there is now,” recalls the 37-year-old father-of-one. “Glynn Purnell was just emerging and there was Simpsons. Now you have amazing restaurants in Birmingham.

“I went straight to work in Gary Rhodes’ kitchen in London and it was a big operation. All I made for a month was asparagus soup – I’ll never forget how to make that!” chuckles Stuart. “It taught me that it’s all about repetition and that consistency is key.”

It was at Abode in Chester that Stuart met his now-wife Frances. After dating for just six months, Stuart got an offer to work in Doha in Qatar and he took the plunge, asking her to go with him. Eleven years later and they have a young son and run the business together.

But it’s not all the celebrity lifestyle that people associate with Gordon Ramsay warns Stuart: “The more established chefs deserve every ounce of recognition but youth coming into the industry think it’s a fast track to fame and Ferraris, which is obviously not the truth.

“Great British Menu was such an amazing experience but most important to me was showing what we stand for. It’s important that you come across as yourself and the food represents your restaurant.”

Docket No.33 is in 33 High Street, Whitchurch. Find out more on Docket at home or book a table at the restaurant website HERE