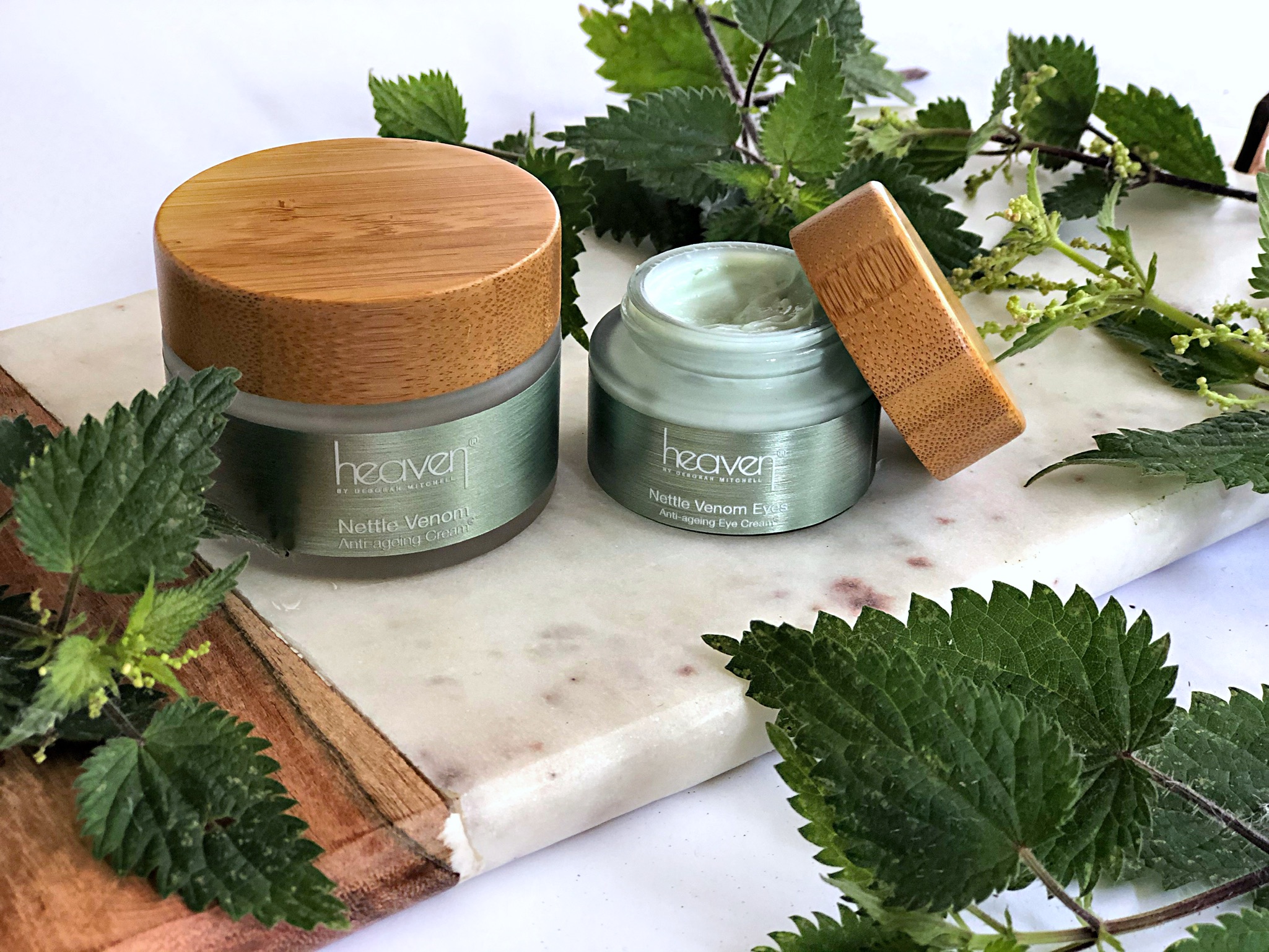 Harnessing The Power Of Nature 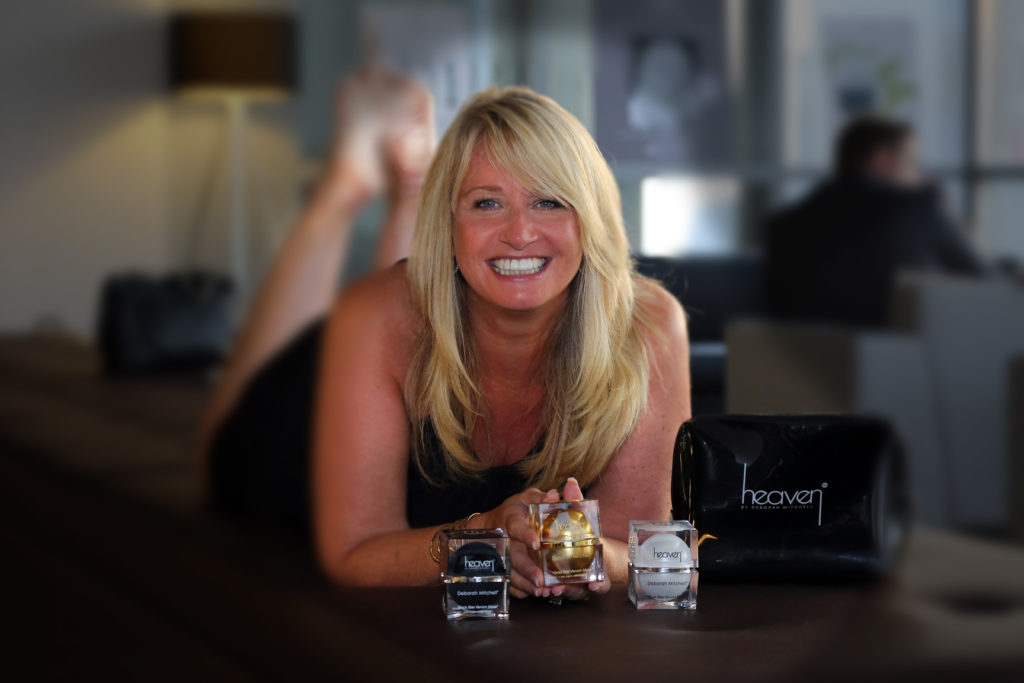 Heaven Skincare Founder Deborah Mitchell spent the last five years investigating how to produce a vegan-friendly version of her world famous ABEETOXIN® bee venom creams … one that would still have the same amazing anti-ageing properties but using only ingredients gifted by nature.

She has developed her patented NETTATOXIN® using the carefully extracted sting of the common British nettle. She kept this 100% plant-based super formula a very carefully guarded secret, working tirelessly to come up with the most impressive vegan anti-ageing product on the market. 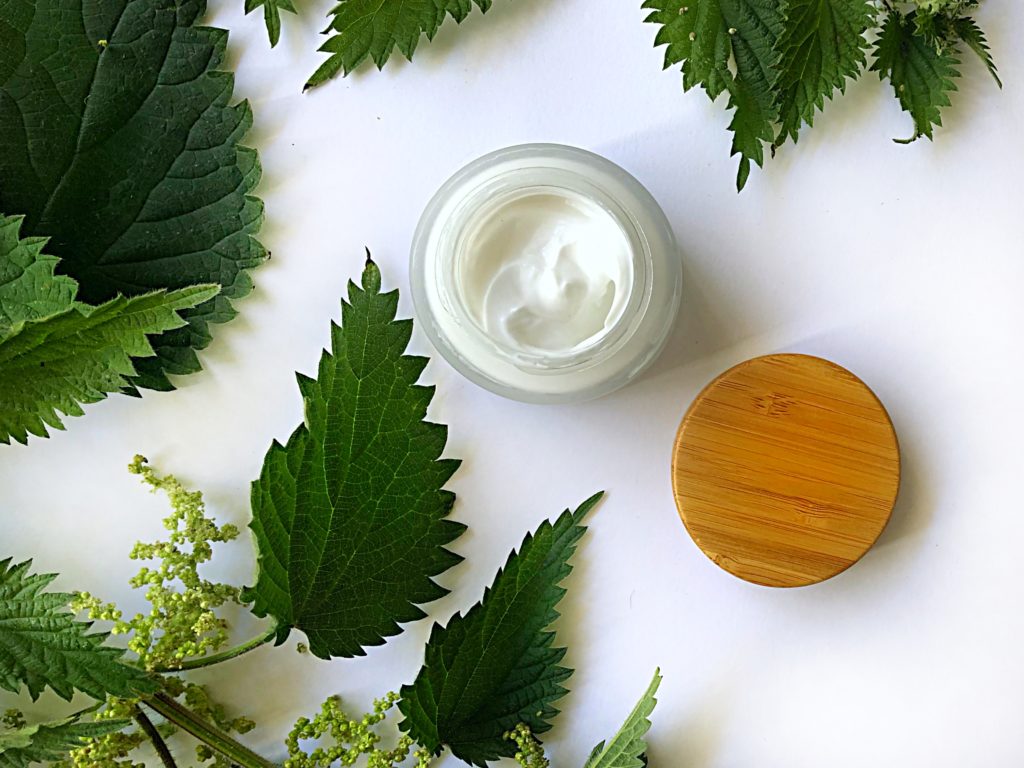 “It’s been quite a journey creating my NETTATOXIN® because not only was it about coming up with the idea and working out how to make that a reality, but I also had to develop a way of capturing the active venom in a moisturiser without it hurting when applied to the face,” explains Deborah.

“After much trial and error – I did literally sit in my kitchen stinging the lines on my forehead – I discovered where to find nettles that hadn’t been sprayed with any chemicals as well as the perfect time of the day to pick them. I’ve not used an extract because it wasn’t powerful enough; instead this is a fresh ingredient that I carefully collect from hedgerows near my home.”

By harnessing this natural process in an effective moisturiser, Deborah has captured the active nettle venom carefully collected by hand from hedgerows near her home. She recommends using it daily “because it works similar to a course of treatment to speed up the anti-aging process”.

So How Does it Work?

The nettle sting contains formic acid as well as histamine and it is this combination that causes the initial reaction when you are stung.

Skin goes into rapid repair on first contact; your own receptors contain proteins – called interferons – that start to reinforce from the inside out while serotonin gets to work to combat swelling and heal, boosting collagen and elastin.

“It works because the venom of the nettle causes a reaction similar to that of bees when they sting – the skin goes into rapid repair on first contact. This helps to heal blemishes and redness, leaving you with a lifted, more radiant complexion.”

Traditionally, vegan ingredients haven’t made very effective anti-ageing creams but with the patented NETTATOXIN® the power comes from the skin’s own rebuilding system to tighten and renew. For a lifted, more radiant complexion, Heaven’s best-selling Nettle Venom Anti-Ageing Cream is 100% vegan yet still offers potent anti-ageing properties. The nettle sting makes the skin tingle before your own serotonin gets to work to heal blemishes and redness. With regular use, the skin continues this healing action, smoothing lines as it does so.

Imagine you’ve cut yourself and once it heals the area feels tight and the skin looks new. When you apply the new Nettle Venom around the delicate eye area the body’s natural defence starts to heal; of course there’s no damage but the skin is tricked into thinking there has been. By using it daily, it will tackle those tell-tale dark circles and fine lines.

To ensure the eco credentials of the Nettle Venom range they have been made using totally recyclable packaging, including bamboo lids. “The reason I chose bamboo is due to its sustainability,” says Deborah. “Traditionally seen as a symbol of strength and flexibility, there are many reasons this wonder plant is known as the world’s most renewable material. It can grow up to one metre a day while absorbing five times more carbon dioxide and producing 35% more oxygen than trees.”

To Buy both the Nettle Venom skin and eyes creams for £100, a saving of £19 follow the link below or CLICK HERE