The Best Things To Binge-Watch On Disney+

Here are the top shows, movies, shorts and documentaries to view on Disney+

Ever since Disney+ launched in the U.K. it’s been the talk of the town. As well as giving film fanatics and Disney-lovers the chance to enjoy the classic movies, alongside Pixar shorts and the action-packed Marvel movies, there are also a host new original shows that give an insight to Disney that we’ve never seen before.

While I can’t deny that the current circumstances that we find ourselves living in haven’t had a substantial impact on the amount of time I’ve spent on the streaming platform weeping at the Pixar Shorts – I binged all 20 in one sitting – it would be foolish of me to say that Disney+ hasn’t brought happiness to my lockdown.

At £60 for a year’s subscription, Disney needed to ensure that viewers and paying customers were left feeling satisfied that they were getting their money’s worth, and there’s not a doubt in my mind that it’s hit the nail on the head.

My watchlist alone is already extensive; I was hyping myself up over One Day at Disney and The Imagineering Story as soon as they were announced, but if you’re not a Disney Park fan, then I can guarantee there’s a hidden gem ready and waiting for you to binge your way through.

As the most successful theme parks in the world, The Imagineering Story is a must-watch for those who want to know the ins and outs of Walt Disney’s most show-stopping creations. Ahead of Walt Disney World celebrating its 50th birthday in 2021, this six-part documentary series gives viewers the chance to learn more about how the park’s were created over four decades ago, direct from Disney’s designers, known as Imagineers.

With tales on Walt Disney’s visual journey for the very first park in California, to financial struggles, and the fascinating tales from the Imagineers as to how they created some of the most famous theme park rides of all time – from It’s a Small World to the construction of the park’s most challenging and immersive projects, including Star Wars: Galaxy’s Edge, The Imagineering Story is captivating, emotional and a must-see for Disney Park fans.

Pixar has a real talent when it comes to creating the most beautiful stories that pull on the heartstrings of viewers with poignant storylines. One of the benefits of subscribing to Disney+ means that, like me, you can sit and watch every single Pixar Short within one sitting.

Released in 2013, The Blue Umbrella is one of 20 Pixar Shorts, and I’d go as far to say that it’s one of my favourites. This beautiful, seven-minute-long animation follows the story of a red and blue umbrella, who meet during a commute during a rainy evening commute on a busy city street. Like a vast majority of Pixar productions, it’s visually stunning, just make sure you have tissues at the ready. Oh, sidenote, Pixar also recently released its latest short, Out, which should also be high up on your watchlist.

After a more serious and gripping watch? Disney+ offers and wealth of documentaries from National Geographic. Released in 2019, documentary film Free Solo had critics raving, so much so, that it bagged itself nine awards, including a BAFTA and an Academy Award.

Following the journey of a professional rock climber, Alex Hammond, Free Solo sees Alex attempt to become the very first person to freely climb Yosemite Park’s El Capitan, and trust me when I say, it’ll leave you on the edge of your seat from start to end. With a 97% rating on Rotten Tomatoes, that should be enough to make you want to add it to your watchlist.

One Day at Disney

Have you ever wondered what it would be like to work for The Walt Disney Company? Well, here’s your chance to find out! Another of the platform’s Original series, One Day at Disney is made up of a feature-length documentary movie, or as 52 shorts.

Whether it’s performing in one of the world-famous park shows, running the Disney Monorail, working in the Main Street confectionary shop, designing new rides or simply being a Cast Member, One Day at Disney is your chance to discover more about the people who bring the magic to one of the happiest places on Earth.

Released in 2011, La Luna is the 14th Pixar short, and similar to The Blue Umbrella, it’s equal measures of a heart-warming story meets gorgeous animation. Also, with a seven-minute run-time, La Luna follows the adventures of a little boy, his father and his grandfather as they venture to clean up the moon.

With a strong focus on both young adventures and family relationships, there’s no denying La Luna’s success, as it was nominated for an Academy Award for the Best Short Film Animation.

Now, although it’s sad that due to licensing and ownership we can’t enjoy any of the Spider-Man movies on Disney+, that doesn’t mean that you can’t get your Marvel fix.

While Assembling a Universe shines a light on how the iconic Marvel movies that we all know and love came into practice by looking at everything from the comics to casting, Expanding the Universe provides an insight into what we can expect from future movies as we move into the latest phase in the Marvel Cinematic Universe. 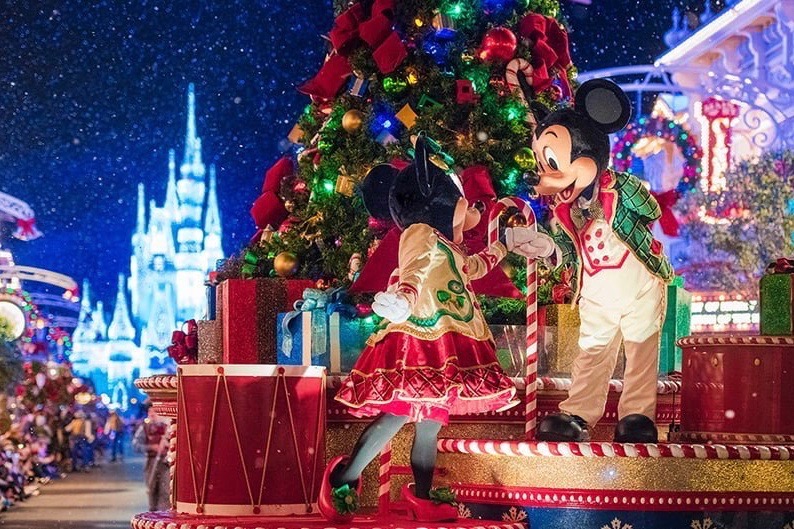 Whether it’s Halloween or Christmas, Disney knows how to bring the magic of the holidays to its Parks, transforming it into one of the merriest places in the blink of an eye.

During this 40-minute documentary, this festival special shines the spotlight on the work that goes into making Walt Disney World and Disneyland the ultimate festive fairtale.

From the lavish decorations to Mickey’s Very Merry Christmas Party, add this one to your watchlist if you’re craving a bit of holiday cheer from the Imagineers and Cast Members that aim to bring some festive Disney magic to every guest’s experience.

There’s no denying that Pixar movies have shaped viewers into the people that they are today. Pixar has been bringing a new form of Disney magic to the big screen since it released its first movie, Toy Story in 1995, which still remains just as iconic to this day.

The Pixar Journey delves deep behind the screen of Pixar, giving fans the chance to explore never-before-seen footage, first-hand accounts from directors, animators and voice performers, homing in on Pixar’s unprecedented global success that has created some of the biggest blockbuster movies of all time.

While Disney is equally known for the details that go into its parks, the attention to detail that goes into the props in the movies is unparalleled. In this eight-part docuseries, movie prop collector Dan Lanigan brings together a back catalogue of Disney’s filmmakers, actors, prop creators to look over some of the most intricate pieces used in movies from Mary Poppins through to The Nightmare Before Christmas and Honey, I Shrunk the Kids.