This is Disney, but as you’ve never seen it before.

Purely for adults, expect X-rated humour, swearing and even the C word as multi-award-winning Fat Rascal Theatre brings this exciting and hilarious musical parody to Birmingham. Showing in the intimate Patrick Centre within Birmingham Hippodrome until Sunday, the show was originally at the Edinburgh Festival Fringe before this welcome UK tour.

Unfortunate takes a journey under the sea to explore the complicated and hilarious back story of Ursula The Sea Witch, the villain from The Little Mermaid. You don’t have to have seen The Little Mermaid to enjoy this edgy comedy but it adds an extra dimension as they have cleverly adapted songs like Under The Sea. It now includes lyrics like “it’s fantastic, just watch out for the plastic, under the sea”. 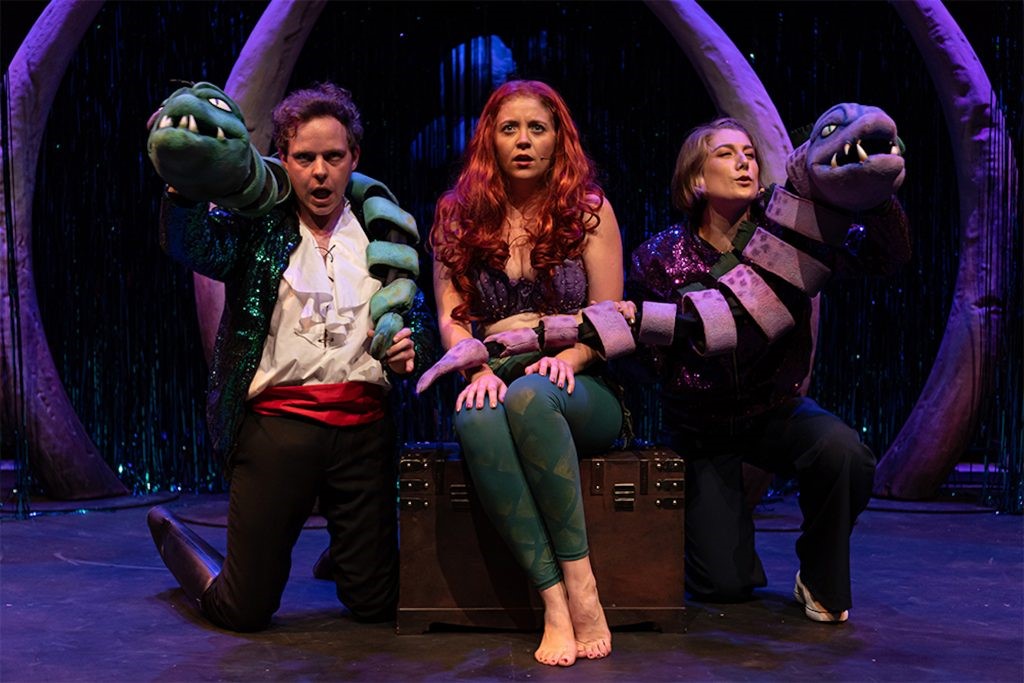 Thus refreshed sassy and often bawdy tale is an update for the 21st Century that changes Ariel the mermaid into a vain airhead who just wants the Prince for his manly assets and Ursula into an octopus with sex appeal who was made an outsider for being oversized and different. The small but talented cast double up in roles to use puppets recreating fish, eels and strange creatures from the ‘dark water’, who sing about being too ugly to make it into a Disney film.

Song-wise, there’s an obvious link to Disney classics and despite being parodies, the numbers are still catchy and tuneful. Added into the mix are raps and grime.
There’s a constant energy on stage and an infectious humour that can’t help but bring a smile. 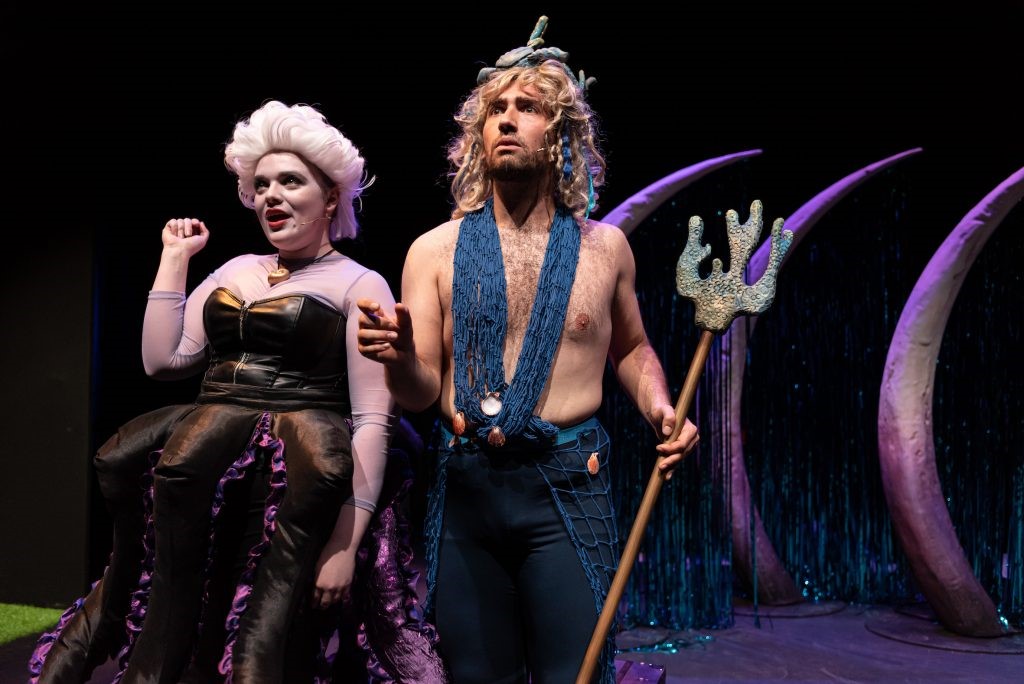 Robyn Grant as Ursula is a charismatic lead who holds the show together but has strong support from a lively Katie Wells as Ariel and Stefan Rizzi as love interest King Triton. Jamie Mawson and Allie Munro make up the rest of the cast and have perfect comic timing. Unfortunate is a no holds barred musical comedy for our time. It’s imaginative and clever while also saucy and sensationally funny. You’d be a fool to miss it.

Unfortunate is on in The Patrick Centre at Birmingham Hippodrome until Sunday and you can get your tickets here.